YY Nation is a New Zealand start-up causing all sorts of waves in the US. It describes itself as a ‘Zero Carbon’ sustainable footwear brand. YY Nation has launched with a new campaign via EightyOne.

YY Nation’s shoes are made using natural materials like bamboo, pineapple husk leather, merino, algae and sugar cane, all of which makes end of life solutions simple because they’re all biodegradable.

Founder Jeremy Bank was on a beach in Hawaii with his daughter when he saw blue flecks in the sand. On closer inspection, they recognised pieces of coloured plastic. It was this that gave him the inspiration to do something about it.

He asked himself ‘Why did it have to be like this? and ‘Why can’t we find a better way?’.

The brand was built from the ground up with the idea of making the world’s most sustainable shoes at every stage of production. Their Nimbo shoe was recently announced as ‘the lowest carbon footprint sneaker in the world’. This is just the beginning for Jeremy who believes that we owe it to the planet to do even better.

Partnering with EightyOne, the brand has been built from scratch. Asking photographer and director Dana Scruggs to shoot out of New York and enlisting Auckland based Chris Sisarich has given the brand a look and feel outside the conventions of the eco/sustainability space. This all helped to accelerate the proposition in the US, with YY Nation opening up in the ground floor of department store Showfields, in Soho New York.

Says Chris Bleackley, ECD, EightyOne: “At EightyOne, we want to be involved in world changing ideas and with 20 billion pairs of shoes made each year of unsustainable materials, we stepped in. This is just the start of the journey for Jeremy and we look forward to sharing the story of their nation with the world.” 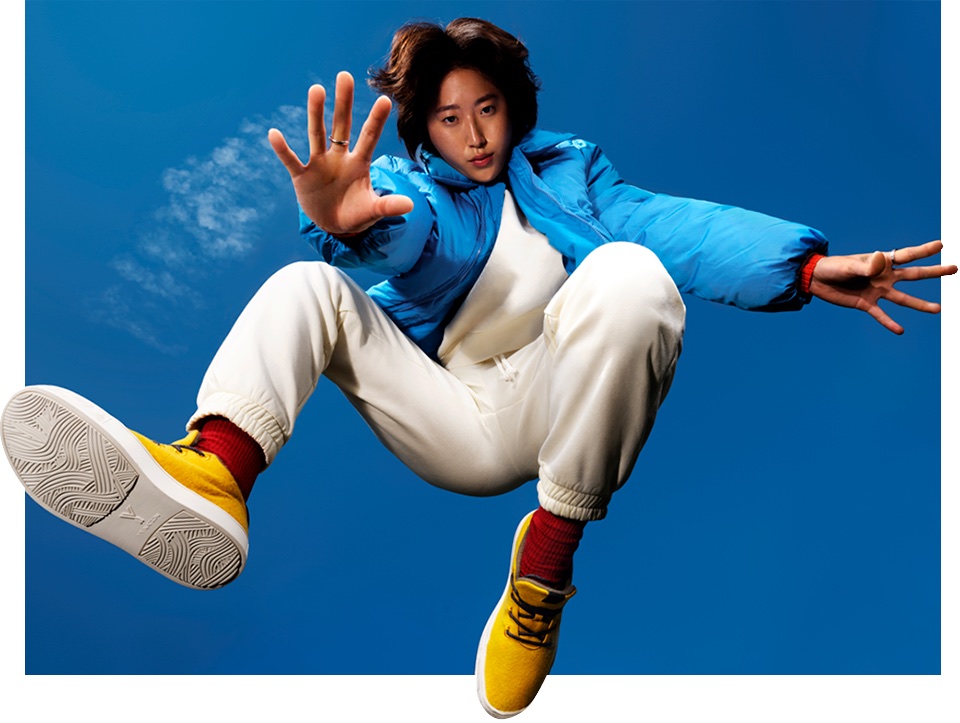