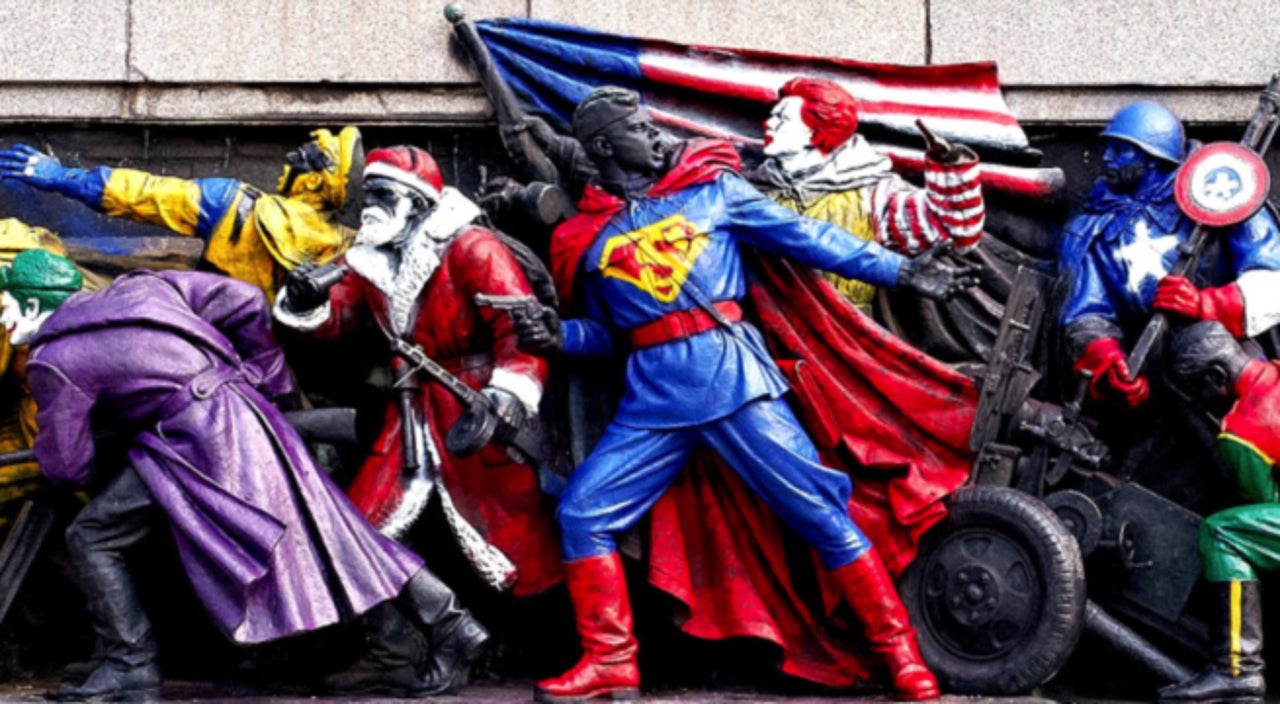 I am writing this on a day where most people have now accepted Joe Biden is the next President of the United States. For the last 4 days we have been in a weird binary hell. It is either Trump or Biden. For days, the airbrushed News Channel anchors who seem to never sleep and must be on a cocktail of Red Bull and cocaine have said the same thing over and over. It’s either him or him. There are only two choices.

Stay with me here. Now, I may have been hypnotised by the endless news cycle but it got me thinking about how often I hear or am told something has to be this way or that way. You can only go left or right. It can only be like this or like that. It made me think of entrenched positions and what creativity can do to find options and other answers. How do you break out of only two choices?

While I was thinking about this I stumbled on the photograph above.

It is a photograph of a Soviet War memorial in the middle of Bulgaria. I am sure you can imagine how much Bulgarians love Russian War memorials in their country. It reminded me of a lot of the arguments this year about statues in a very divided United States. Binary. This statue is historically important, it has to stay. It is deeply offensive, it has to go. Those are the only two options that exist. End of story.

Or, perhaps, there is another way.

Bulgarians certainly found it. Instead of getting rid of the statue or keeping the statue, they changed the statue. They made it their own by painting super heroes and western icons over the existing Russian ones. They used creativity and a little audacity to take away its power and change its meaning. They gave it a new life. They took away its history and gave it a future.

Whenever you think there are only two options, creativity has the power to give you another. I think if we really understood its power we would use creativity far more than we do for problem solving.

Take travel. Many people miss it desperately. But, we can’t go anywhere. Well, creativity comes along and says, who said you had to go anywhere to travel?

Right now, in Australia, Qantas has something called ‘flight to nowhere’. You can book a ticket for $2765. Go to the airport. Get on a plane. Fly for 7 hours. Have some airline food, watch a film on a tiny screen and then land at the same airport you left. By the way, those tickets sold out in 10 minutes. This proves two things. Firstly, I think we can agree people are very weird and definitely rely on emotion rather than logic to make decisions. Secondly, creativity can solve problems that nothing else can.

The reason is simple. Creativity disregards boundaries. It doesn’t care about how things are supposed to be. It creates a new reality. A reality that didn’t exist a couple of seconds ago.

When you change the rules, you can change anything.