DDB Aotearoa takes out coveted Agency of the Year title at the 2021 Axis Awards; Clemenger BBDO Wellington scores the Grand Axis for NZ Government’s ‘Unite Against COVID-19’ campaign; Sweetshop takes out Production Co. of the Year 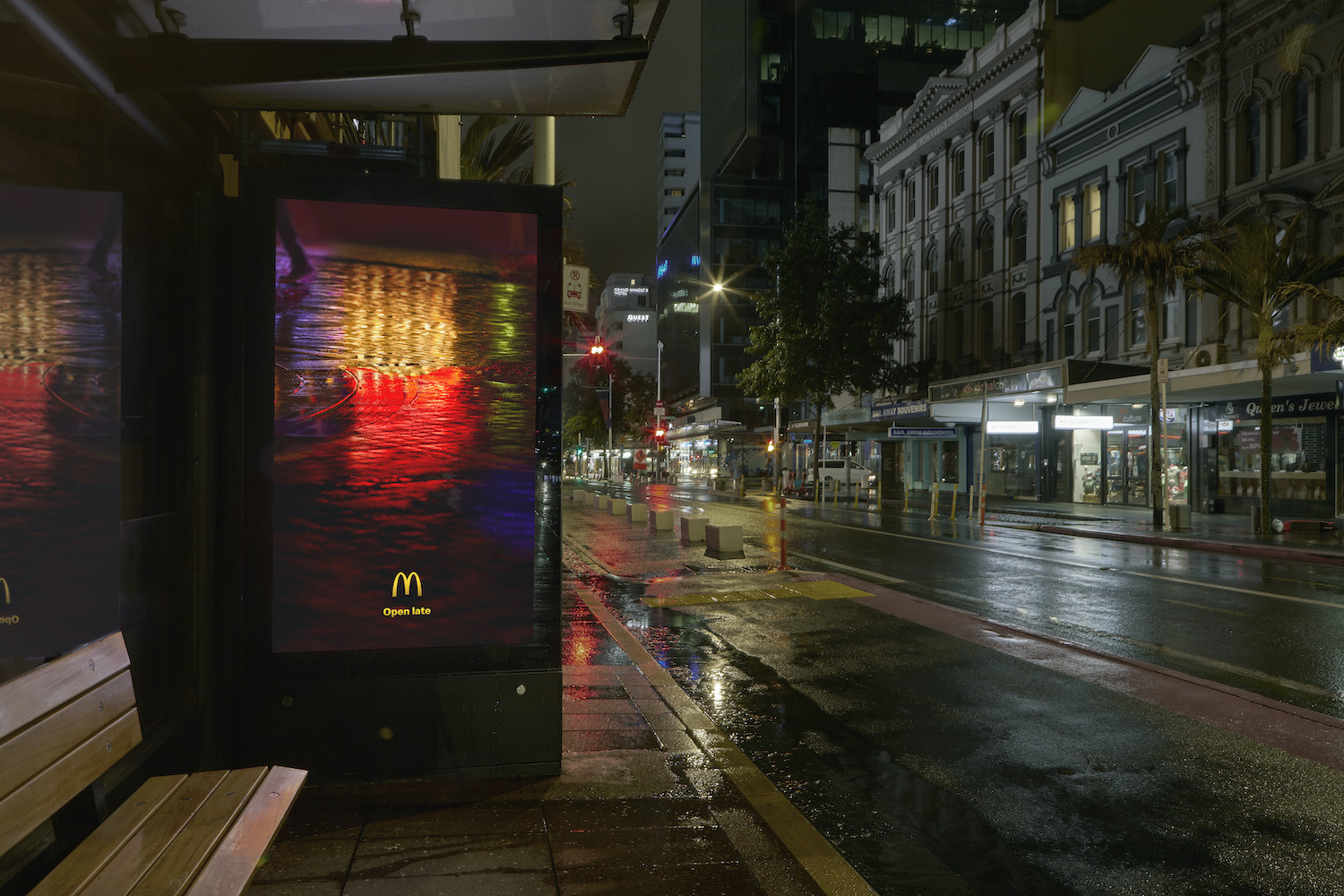 To celebrate the incredible creative advertising work from the last twelve months, 760 advertising and production company professionals came together at Shed 10 in Auckland tonight. Emceed by the talented Chris Parker, the venue was packed to the brim with an industry appreciating being able to come together and swap chicken and beef and win bronzes, silvers and golds together IRL.

Tara Mckenty, executive creative director of Google, Sydney and Leo Premutico, executive creative director and co-founder of Johannes Leonardo, New York, joined five local Jury Presidents on the Executive Judging Panel this year. Their role was to award the metal which included a total of 45 Gold Axis Awards, including 4 Grand Prix, and 6 golds for the Recognition and OTY Awards including Emerging Talent sponsored by The Radio Bureau, the Google Axis Student Challenge, the Brand Axis sponsored by TVNZ, and the Grand Axis, sponsored by Facebook.

DDB Group Aotearoa felt like they owned the screen on the night as they were awarded a massive swag of silvers across 5 clients and 7 campaigns and then took home 6 Golds for strong work across two major campaigns for Lotto and McDonald’s. A beautiful example of art direction at its best, “Reflections” won gold as an Out of Home Campaign for McDonald’s, and the single execution “Fries” won three further golds in Craft for Art Direction and Image and then as a piece of great Standard Outdoor. The campaign “Commas” for Lotto NZ won a gold in the Out of Home campaign category and the single execution, “Cars”, was awarded a gold as a single piece of outdoor Advertising. DDB went on to take the hard-fought for Agency of the year for 2021.

This year’s prestigious Grand Axis, sponsored by Facebook (who were out in force at the IRL last night), was scooped up by Clemenger BBDO, Wellington and the NZ Government for “Unite Against COVID-19”, an integrated campaign designed to help bring together the nation during the pandemic outbreak in 2020.

“Unite Against COVID-19” scored Clemenger BBDO three golds in the categories of Design 360, Integrated and as the ultimate Direct campaign, before going on to win a well-deserved Integrated Grand Prix. Clemenger BBDO also went on to win a further gold for their work with Waka Kotahi New Zealand Transport Agency ‘Doors” in TV, Cinema and Online, above 30”.

Says Brigid Alkema, ECD, Clemenger BBDO: “Taking on Covid has taken all Kiwis; creating the platform that has helped shepherd us to this point has been no less of a team effort. From our incredibly brave clients to our many partners on this wild ride, Unite Against COVID-19 proves the power of collaboration and creativity to move people through our darkest moments with hope, humour and heart. We’re super privileged to have been able to play our part in guiding Aotearoa through this moment.”

Colenso BBDO and Clemenger BBDO jointly took out 2 golds in Brand Experience & Activation and then in Creative use of Media for the piece first viewed by the festival go’ers at Rhythm and Vines in the New year ~ “Unstoppable Summer: A COVID-19 public service announcement.” The piece went on to win a Grand Prix in the major category of Brand experience & Activation.

Colenso took home two more Golds for its work with Skinny “Friend-vertising” as a Direct Campaign and as a campaign in TV, Cinema and Online, below 30”.

There were many other great creative contributions and well-deserving agencies at Axis 2020.

Special Group picked up two Gold Axis Awards for the Client Every Kiwi Counts and the very funny campaign called “Meddle in the New Zealand Election.” The golds were won in Direct Digital and for best Social media campaign. This campaign went on to win a much-deserved Grand Prix in Direct.

FCB New Zealand had a great win with NZ’s favourite PaknSave character “Stickman” and the campaign called “Instickman” for Foodstuffs was awarded a Gold in the Influencer category.

Saatchi & Saatchi had a sterling night and won three golds with the much-loved ad for Toyota Hilux called “Unbreakable Bond”. The work won in Copywriting for TV Film and Video, in Film and Video for a TV spot over 30” and in Integrated. The spot was awarded heavily in Craft, that led to the 2021 Client of the Year Award, sponsored by oOh!Media, being awarded to Toyota New Zealand.

Says Steve Cochran, chief creative officer, Saatchi & Saatchi: “It’s hugely gratifying to be awarded the recognition we got last night for our team, our clients and our production partners. In particular Hilux, a project that was one of those that everyone who touched it seemed to make it better. I’m incredibly proud of all our work that made finalist, but to win Golds, Grand Prix’s, Brand Axis and Client of the Year for Toyota has certainly got to be a career highlight.

“The Hilux campaign received so much love from New Zealanders from the night it launched. It’s always the most rewarding feeling when work you make resonates so well in popular culture. But it’s an incredibly rewarding bonus when the same work resonates equally well with our industry.”

Craft had a great showing this year with a host of strong golds. Good Oil won four golds in Cinematography, Direction, Editing with their partners The Editors and in Sound Design for  “Doors” for Waka Kotahi NZTA.

Sweetshop won three golds in Cinematography, Direction and Editing for “Unbreakable Bond” for Toyota NZ. And a fourth gold for Direction for Chorus “Fibre. It’s How we Internet Now.”  Sweetshop’s Damian Shatford who was the director for both Chorus “Fire. It’s How We Internet Now” and Toyota NZ “Unbreakable Bond” went on to win a Grand Prix for Direction for the Toyota NZ . The wins led Sweetshop to being named Production Company of the Year.

Flux Animation picked up a gold for Disney “From Our Family to Yours” and Assembly were awarded a gold for “The Voice of Racism” for the New Zealand Human Rights Commission in the Digital Craft category of User Experience. Blockhead also won a gold in Visual Effects for “You Can See It, You Can Stop It” for Worksafe.

Motion Sickness completed the Craft golds with their work for the Department of Internal Affairs “The Eggplant” – an offshoot of the Keeping it Real Online campaign, winning in the category of Long-Form Campaign.

The 2021 Emerging Talent Award went to Stan and Aiken from DDB Group Aotearoa and the winners of the Google Student Challenge were Robyn Ramsay and Luke Roxburgh from Media Design School, for “Kapiti – Only in your Country”.

Says Paul Head, CEO, The Comms Council: “Axis remains an important moment, and one that we all respect in the New Zealand creative calendar because it celebrates our best creative work; the work our industry is justifiably proud of because it has looked at the world through a new lens, challenged the existing paradigms, permeated popular culture and influenced behavioural change; well done to all the winners this year.”

For the complete list of results including silver, bronze and finalists, visit the Comms Council website:  www.commscouncil.nz