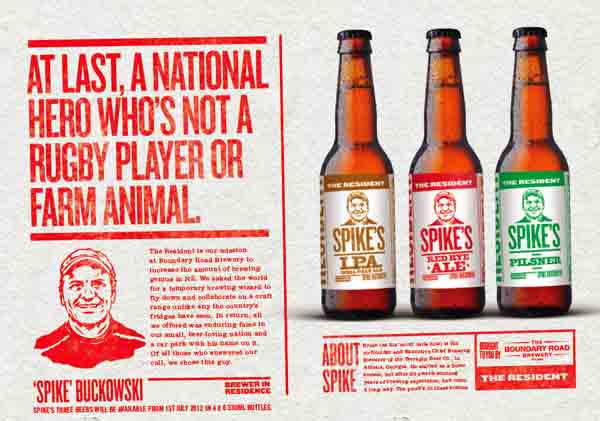 New Zealand produces some great craft beer, but a little help never goes amiss. So to create a new craft range for Boundary Road Brewery, Barnes, Catmur & Friends came up with the idea of The Resident.

Boundary Road Brewery and Barnes Catmur & Friends ran ads in the brewing sites around the world looking for a genius brewer to come down to New Zealand and create a new range of beers.

Attracted by promises of fame, adventure and his very own car park, Brian “Spike” Buckowski, co-founder of the award-winning Terrapin Beer Company, flew all the way from in Athens, Georgia to create the range.