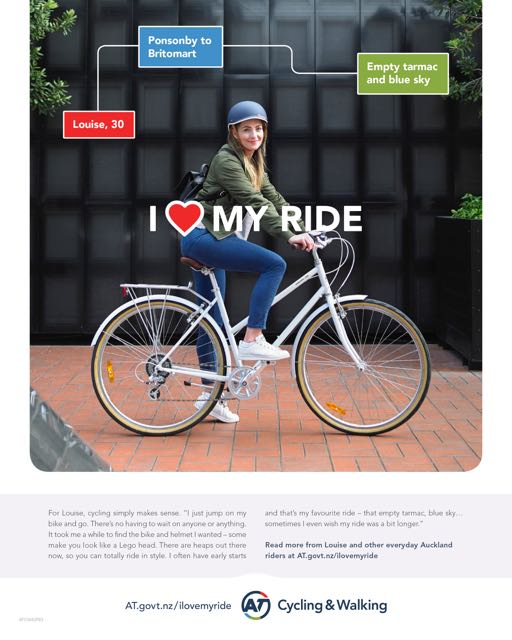 Hot on the heels of the successful It’s All Go campaign for Auckland Transport Cycling and Walking (AT), Federation has launched I Love My Ride.

The campaign is designed to inspire everybody to get out and use Auckland’s new cycleway infrastructure.

With the onset of summer, it’s the best time of year to motivate people to start riding bikes. Federation and AT want to engage a wide audience and show that cycling is for everyone. The campaign showcases the real-life Aucklanders behind the bikes – from twenty-year-olds making their way to Uni, to seventy-year-olds going out to local cafes. For these people, a bike is part of their everyday life. AT wants everyone to see how easy bike riding is, and why you’d want to have a bike in your life too. 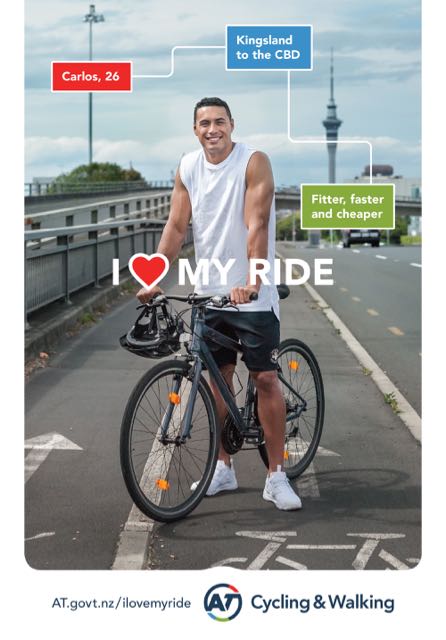 Federation has built the campaign around the colourful and diverse culture of cycling that already exists in Auckland. People from all walks of life – who LOVE riding and whose bikes are an extension of their personality. This campaign is an expression of the normalisation of cycling; all types of people are out there doing it, and loving it.

Federation has created a highly visible, impactful campaign to genuinely connect with Aucklanders. It was launched with a series of magazine ads in Paperboy and Canvas, along with street posters, digital display and extensive social. The campaign leads to a simple content platform with stories, photos, cycling promos, links to social and local event information – a place for people to start a conversation and share their enthusiasm for biking from A to B. 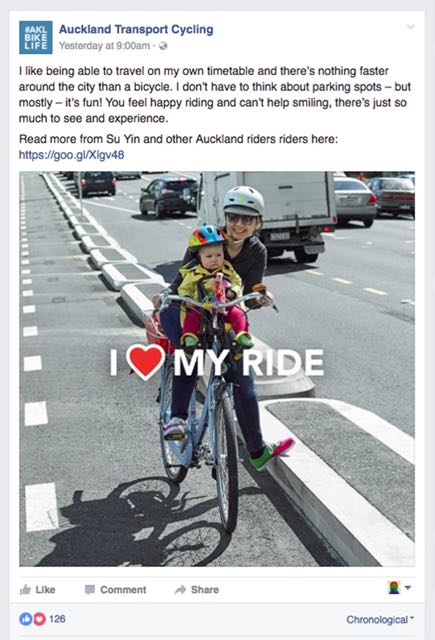 In social, Auckland’s cyclists are also invited to participate and tell us their own biking story.

It’s early days yet – the social is just gathering momentum and the campaign will feature extensively on digital Adshels across Auckland in February. But so far engagement with – and feedback on – the campaign has been very positive. Participants are proudly sharing their stories, something Federation knew was key to the campaign’s success. It’s why the agency is careful to work respectfully with all participants to make sure they’re happy with how they are represented. The campaign has also already been noticed internationally, with ‘Modacity’ in Canada commenting: “We adore this simple, effective campaign from @AKLtransport. How is your city promoting the bike life?” 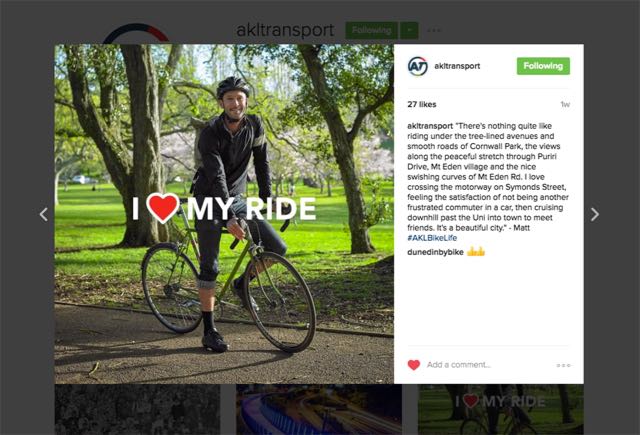 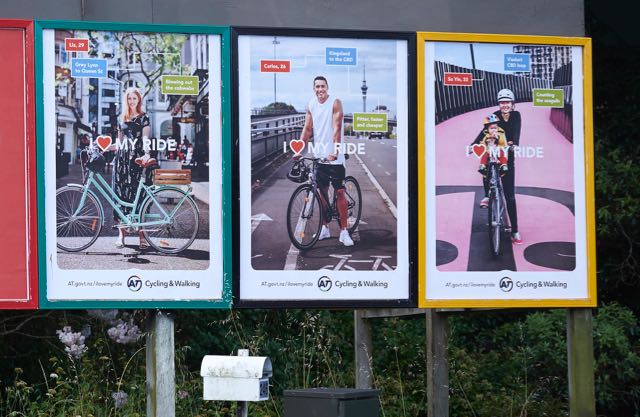