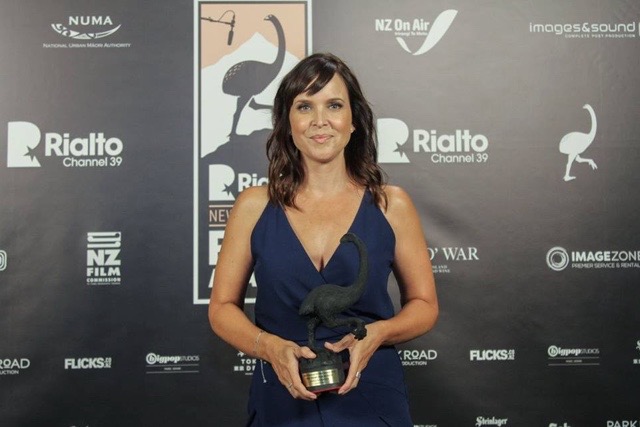 Angela Bloomfield has been signed with Australasian production company Eight for directorial representation in New Zealand, Australia and Asia.

Bloomfield is one of New Zealand’s most recognisable faces, establishing herself as a TV actor some twenty years ago. What people don’t know about Bloomfield is that she’s been directing drama for almost as long as she’s been acting. Bloomfield has directed hundreds of episodes of Shortland Street, two blocks of Go Girls (2008 & 2010), two episodes of “Jacksons Wharf” (2000) and two award winning short films, “The Hack” (2011) and “Linda’s List”, which premiered at The Palm Springs Film Festival (2015). She recently won the Best Actress gong at the New Zealand Film Awards for her performance in “Linda’s List”.

Bloomfield’s stand out skill is directing untrained talent. She honed her own acting skills on the set of Shortland Street and has in turn directed countless untrained actors who were, like Bloomfield, brought in without formal training and thrown in front of the camera. She knows all the tricks to put inexperienced actors at ease and to derive earnest performances.

Says Bloomfield: Making the choice to step back from acting to focus on my directing was absolutely the right decision. I’m loving being back behind the camera, and joining Eight is the icing on the cake. I look forward to working with the team there on new projects.

Says Dan Higgins, general manager, Eight: “Ange is a great talent, a total pro and a joy to work with- all prerequisites for success in the commercial world. It’s a pleasure to watch her practice her craft, whether it’s acting or directing or doing both at the same time. She’s a huge asset to Eight and we look forward to watching her thrive in ad land.”

Bloomfield is also adding writing to the skills list and is currently writing and directing a web series called “Shop Girls”, which is a co-pro between Eight and NZME.