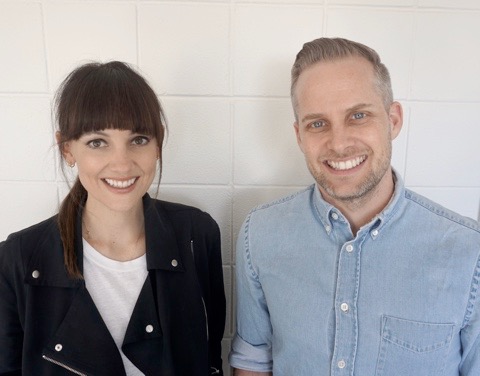 Ogilvy is set to bolster its creative firepower with the hiring of multi award-winning Aussie expats, Lisa Fedyszyn and Jonathan McMahon.

After multiple years working in New Zealand, Fedyszyn and McMahon have spent the past two years at Droga5 New York, where they have worked on clients such as Toyota, Sprint, Kraft and Chase bank. They are now returning to Auckland to take up group creative director roles at Ogilvy, supporting executive creative director, Regan Grafton.

Says Grafton: “It’s great to have such high calibre talent coming back into the New Zealand market, and I’m excited for them to be joining the Ogilvy team. Lisa and Jonno are a rare breed, combining brilliant creativity, passion for the business and are all around good guys.”

Previous to New York they were creative directors at TBWA in Auckland and before that they enjoyed successful stints at DDB and Colenso, as well as spending two years as the national heads of AWARD School.   During their time in New Zealand they charged male politicians 10% more than women for their morning coffee to bring awareness to pay inequality, made one of Australia’s most celebrated sportsmen play second fiddle to a burger for McDonald’s, squeezed 60 scenes in a 60 second spot for Sky Television and proved New Zealand’s top creative leaders do lie in award videos after strapping them to lie detectors for the Effie Awards. They also once hid novels in Word and PowerPoint documents so employees could read books at work.

Says McMahon: “It’s fantastic to be returning to Auckland and of course starting at Ogilvy. Having previously worked with Regan, and thoroughly enjoying it, we know the agency is in great creative hands. We can’t wait to get stuck in to the fantastic brands they have and help contribute to the agency’s success.”

The announcement is another example of how Ogilvy is investing in the best talent to deliver world-class work for its clients.