How will New Zealand perform at Cannes this year? In the lead up to the Festival, Campaign Brief will be showcasing the work we hope will impress the judges… 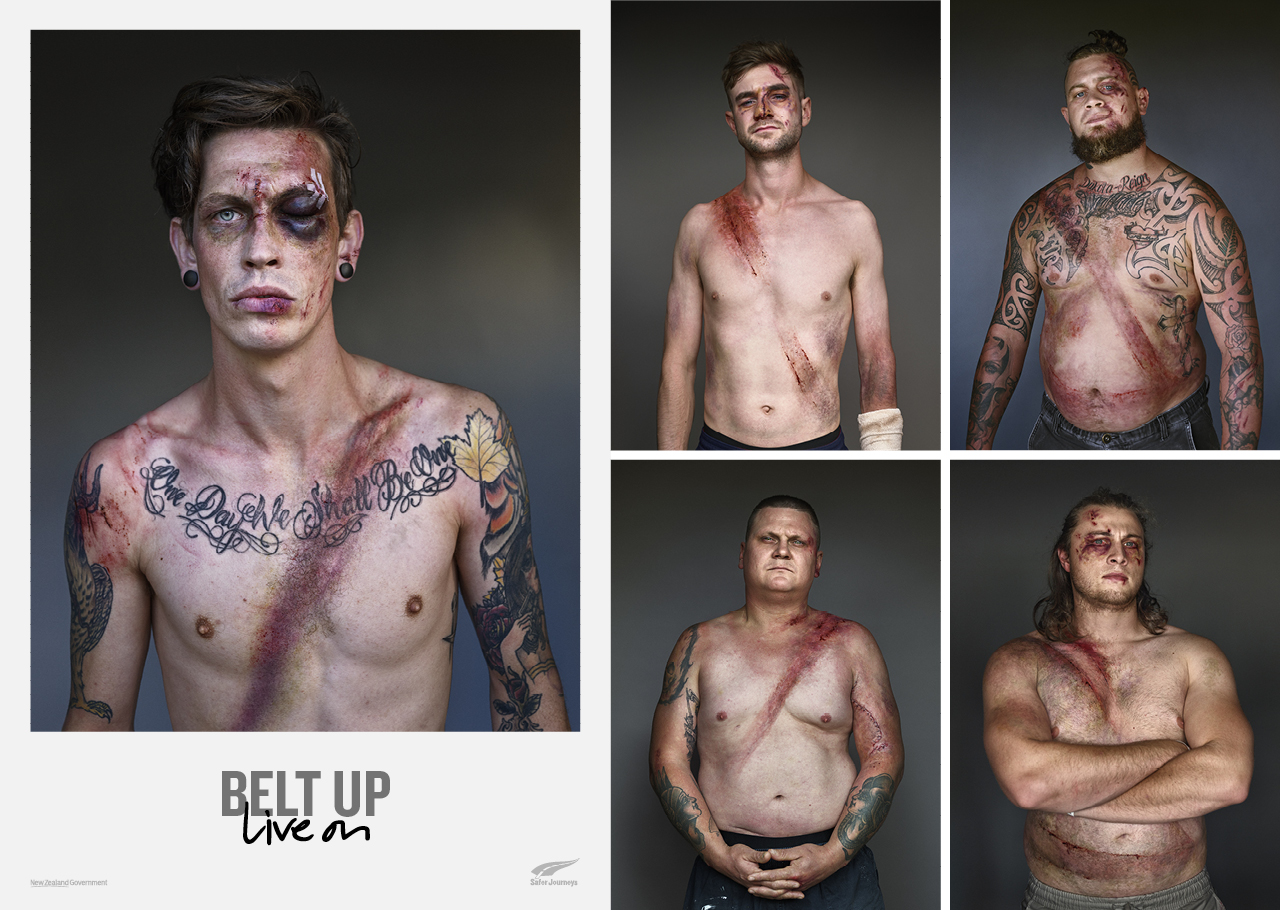 NZ Transport Agency: Belted Survivors
Clemenger BBDO, Wellington
To young, tough, no-bullshit Kiwi males, seatbelts are an unnecessary accessory. They think they’re for kids. The elderly. The weak. Which is why they make up the majority of fatalities when it comes to crashes where people weren’t belted up. To prove to them seatbelts are a tool worth using, the distinctive wounds left behind by seatbelts were turned into badges of honour. A series of emotive portraits was captured featuring real Kiwi lads who all survived crashes thanks to wearing their seatbelt, with their real injuries recreated. First launched by the survivors themselves over their own social channels, the campaign quickly spread via national and international press, being shared hundreds of thousands of times in the first ten days. Hundreds of people from New Zealand and beyond have shared their own images and stories of survival over social and at beltedsurvivors.nz. The campaign will keep evolving as more of these stories are shared and amplified – adding more undeniable proof of the power of seatbelts to save.

Hawke’s Bay Regional Council: Look Right, Look Left
Clemenger BBDO, Wellington
Since 2012, 218 NZ vehicles have collided with trains. The majority of these crashes involved rural males between 40-59 years, with many happening on familiar roads, close to home. And with recent changes in train timetables, Hawke’s Bay had seen a spike in train and vehicle collisions. A simple look right, then left is all that’s needed to prevent bad things from happening. To awaken this tough rural audience to the right behaviour, we leveraged some famous people, their infamous moments, and the unfortunate situations they found themselves in just because they didn’t look both ways.