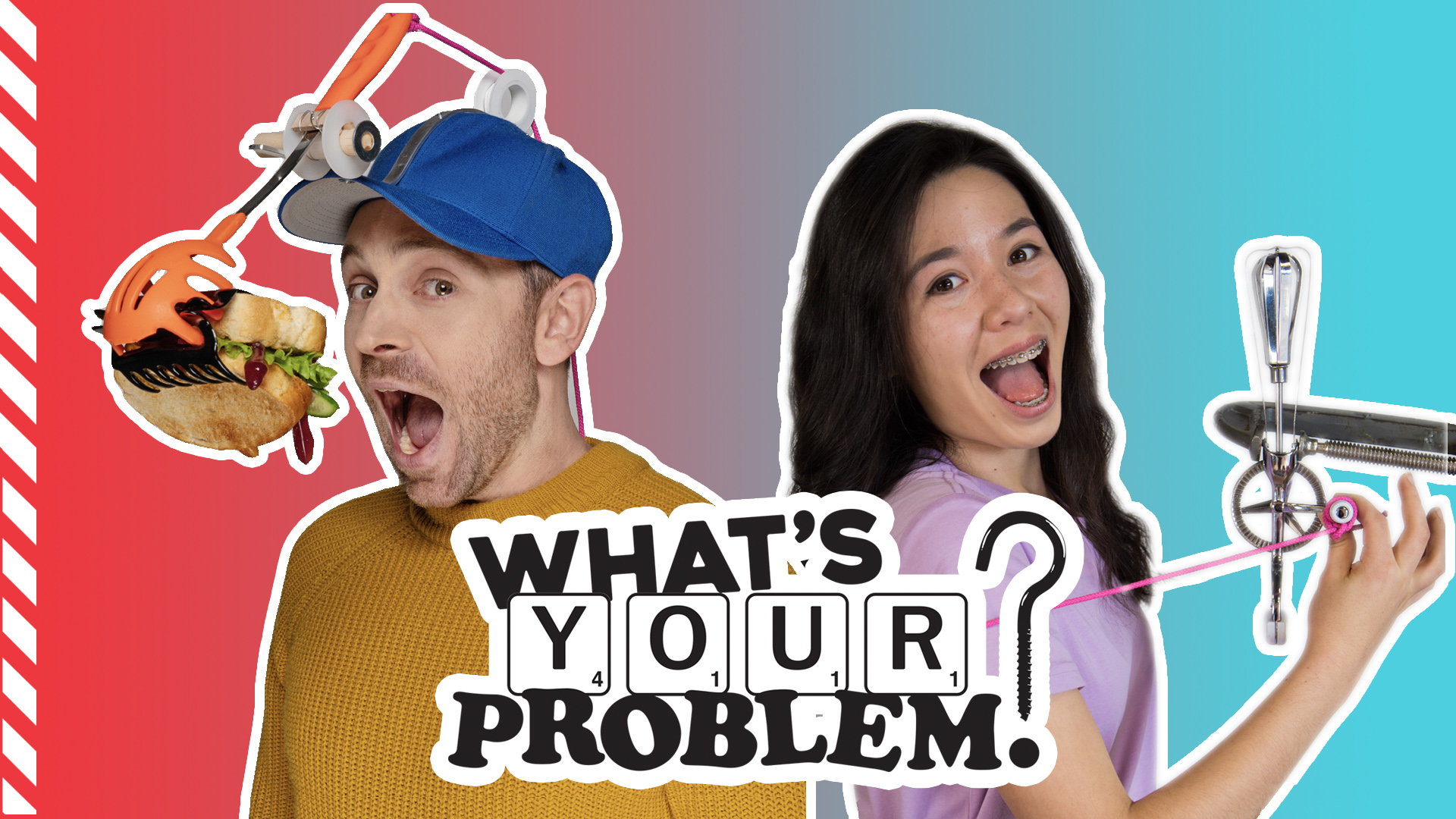 In line with Augusto’s values, this project challenges the status quo and through trial and error sees Joseph and his team create an impressive array of contraptions from a sunscreen machine and exploding lunchbox, to a sibling distracter, and room-tidier.

The team, made up of robotics engineering student Mikayla Stokes, world-leading contraptionist Brett Doar, and expert model-maker John Osborne, work to find a solution to issues using everyday items found around the house. Ultimately, showcasing the importance of play through problem solving.

Says Herscher: “All you need is a little creativity and be willing to laugh at some failures along the way.”

Filmed in West Auckland’s Whoa! Studios, the series consists of ten episodes which are accompanied by a further ten Make Your Own instructional episodes, allowing kids to indulge in a bit of DIY themselves. The episodes will roll out weekly from July 5th until August 30th.

Gemma Gracewood, who created, wrote and produced the series alongside Herscher, says the partnership between Augusto and the show works well: “The series is a natural fit for us: it’s funny, it’s entertaining, it’s authentic, it’s climate-friendly and it appeals to the whole family. What’s Your Problem? ticks so many of the boxes Augusto likes to think outside of.

“Joseph Herscher is an incredibly unique New Zealander whose world-renowned contraptions are surprising and inspiring.”

Says Kim Harrop, commissioner, HEIHEI: “We love Joseph and his machines. His ability to take ordinary objects and turn them into something clever and unique is extraordinary. It shows kids that trying stuff out just for the fun of it is cool. We look forward to the series sparking creativity and curiosity in Kiwi tamariki far and wide!”

Made by the entertainment arm of award-winning creative agency Augusto, and the creative team behind Jiwi’s Machines, the show was commissioned by TVNZ for HEIHEI and funded by NZ On Air. Alongside Gracewood and Herscher it was directed by Adam Prest, with the Make Your Own episodes directed by Maddie Walker.