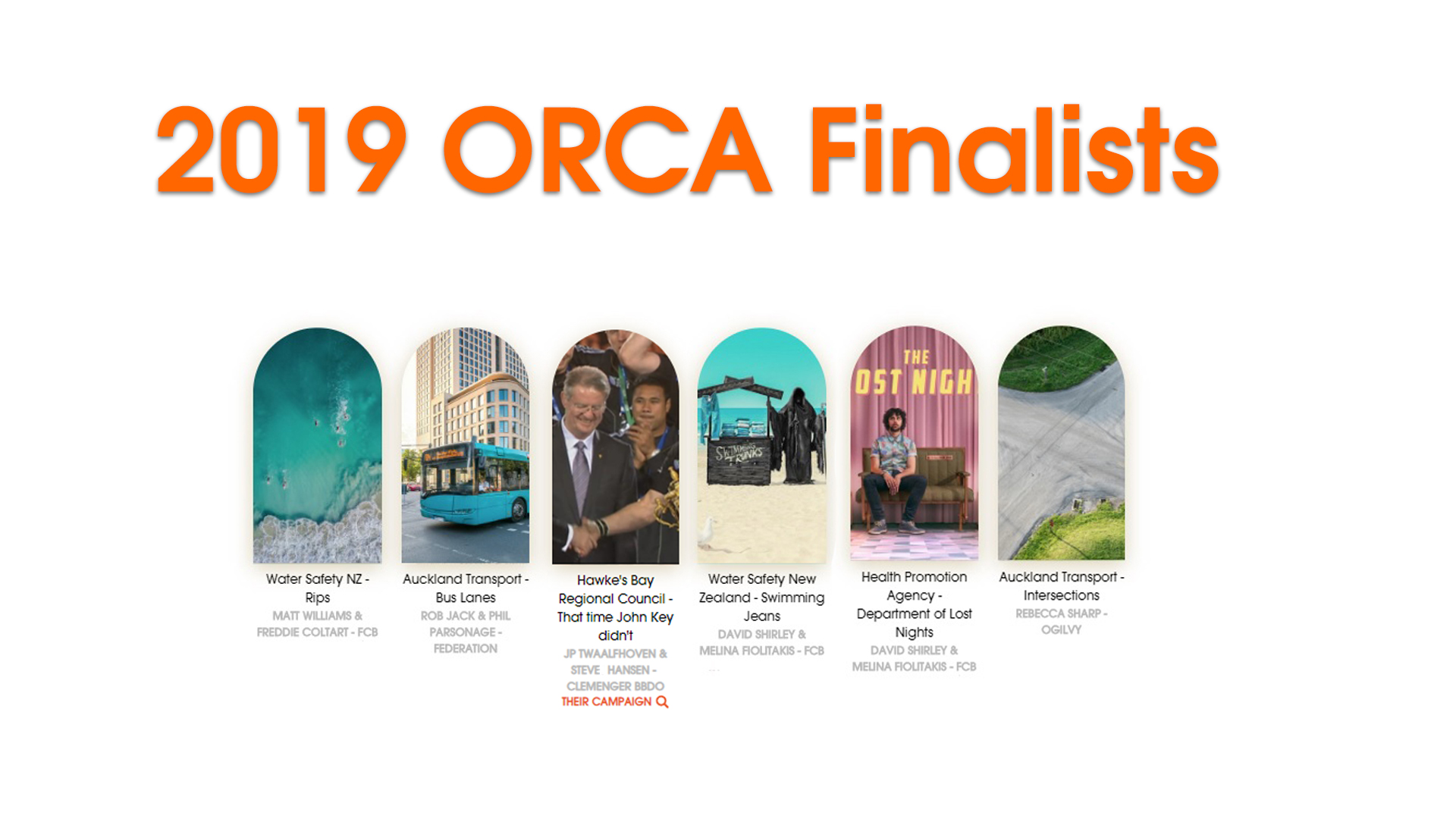 Finalists for The Radio Bureau’s Outstanding Radio Creative Awards (ORCA) have been announced today. Five finalists from some of New Zealand’s top creative agencies are all vying for the Grand ORCA and People’s Choice Award which will be announced on Monday 1 August.

FCB has dominated the finalists list this year claiming three out of the six finalist places. Auckland Transport and Water Safety New Zealand on the other-hand have each had two of their radio advertisements/campaigns make the finals.

Says Peter Richardson, general manager, The Radio Bureau: “It’s great that the advertising creatives have got onboard with the ORCAs this year and submitted some exceptional entries. Reading the judges’ comments on the finalists, it’s clear to see there’s some excellent work being produced.”

The ORCAs are run by The Radio Bureau and are designed to recognise and endorse outstanding radio creative advertising which creates impact and effectiveness for the client.

Previously a monthly competition with a ten year history, this is the first year for the annual revamped version of the ORCA.

Voting is now open for the People’s Choice Award and all voters will go into the draw to win one of two Amazon Echo 2nd Generation smart speakers. The last day for voting is Sunday 14 July.

Listen to the audio for all the finalists and vote here: http://www.trb.co.nz/orca.