Samsung assembles trailblazers for global #DoWhatYouCant campaign via We Are Social

#TeamGalaxy is a global community of Galaxy users and fans who support Samsung’s philosophy of Do What You Can’t.

The campaign launches on social media with an energetic music video style film showing the evolution of each of the stars’ careers, documenting how their success has transcended any one industry.

Says Millie Bobby Brown, who is the youngest-ever UNICEF goodwill ambassador: “Samsung allows me to stay connected every day with my Galaxy S10. I want to encourage people to apply the technology that is readily at their fingertips to spread positivity with others and to encourage gestures of kindness.”

Says Steve Aoki, who travels the world on tour with his Galaxy S10: “Technology plays such a major role in every facet of my life, from music to fashion to philanthropy. I’m happy to be part of a team that believes that technology can help you do more than you ever thought you could.”

On the new partnership, Miquela says: “I am the product of technology myself, so I can relate to Samsung in a way that’s a LOT more literal than most people. Whether it’s sharing my thoughts on the issues I care about or just riffing on style, it’s all done through my Galaxy S10 – which I’ve named Samuel Phonington III.”

Says Ninja: “The Galaxy smartphones are hands down the best for gaming, no contest. I’m super pumped to be part of Team Galaxy since I get to see first-hand how mobile gaming keeps getting better and better.” 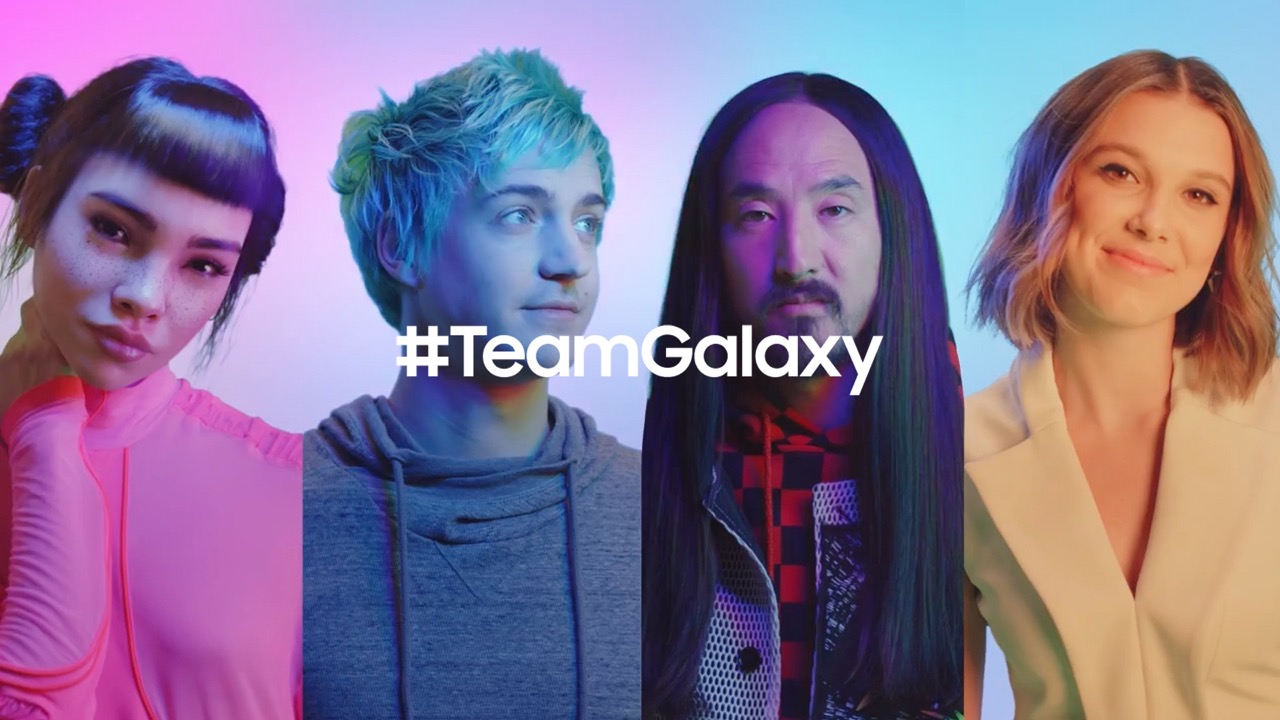