New Zealand Transport Agency has launched a new project via Clemenger BBDO Wellington, for New Zealanders who have experienced the harm of drug driving.

Unsaid is a project funded by the New Zealand Transport Agency and fronted by Ashleigh: a brave young woman who has experienced drug driving harm in her own family. She lost her cousin. He died in a drug driving crash in 2014. He was only 37.

Ashleigh wants to know if she’s alone in her loss.

Right across New Zealand, people are being hurt and killed in road crashes because of drug driving. It’s not just something that happens in the far-off dark corners of our society. It’s happening to our friends, whānau, mates, teammates and colleagues.

But no one is talking about it.

Crashes involving drug driving often don’t make the news. It’s not often known at the time of the crash that drugs may have been involved. And, what’s more, drug driving is difficult to talk about for New Zealanders; particularly for those who have lost a loved one who took drugs before driving. Grieving families are often split over whether to talk about it. Afraid of being judged or told to be quiet, many remain silent.

But many also want their stories told.

Like Ashleigh, they know these stories are too important to be left unsaid. They believe if we talk about drug driving harm, we can learn from it and ultimately stop more lives from being lost and more families from being affected.

Project ‘Unsaid’ is offering New Zealanders who have experienced the harm of drug driving a safe and respectful way to share their own stories. They don’t have to front the story or even use their own names, they can simply share their lived experience. Ashleigh will then tell every single story she receives, in rain, hail or 100kph winds.

If there aren’t any stories or if the stories stop, so will the project.

If you’ve lost someone to drug driving or know someone who has, message the Unsaid Facebook or Instagram page and Ashleigh make your unsaid story heard. 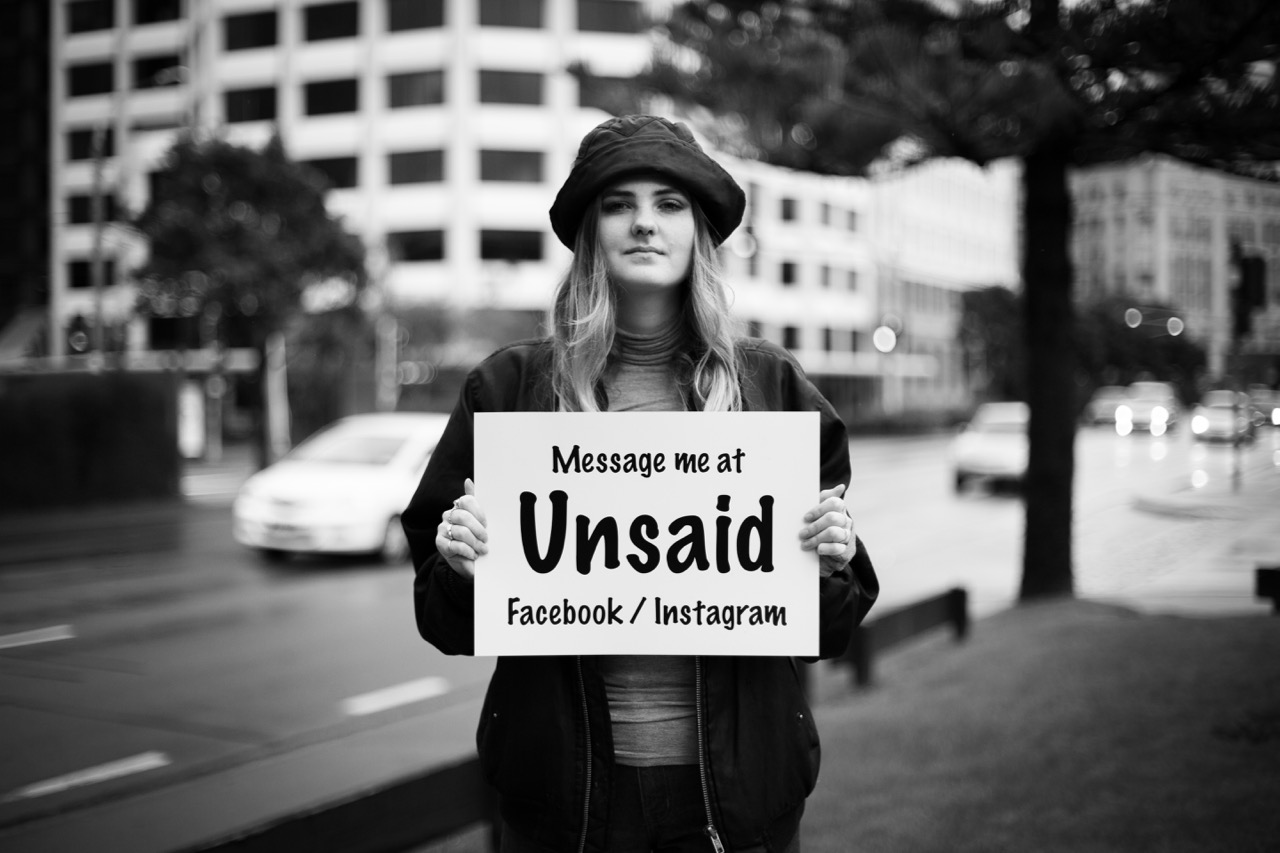