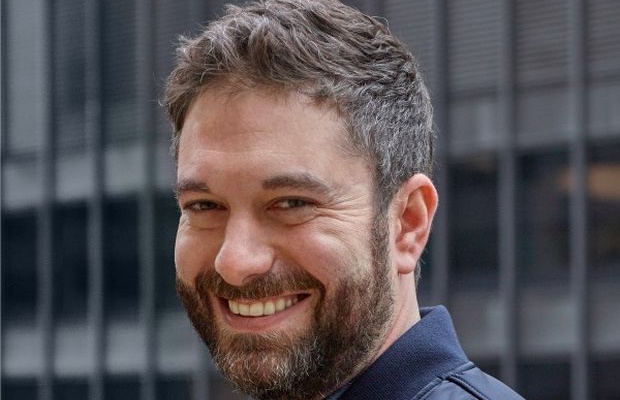 Six months after Amir Kassaei officially stepped down from the role of global chief creative officer at DDB, the network has finally promoted its US CCO Ari Weiss to the global role.

Meanwhile, Britt Nolan, who recently resigned as the US co-President and CCO for Publicis-owned Leo Burnett, will be swapping Chicago for New York to take over responsibility for Ari’s old post.

Says Weiss: “Jealousy is a powerful motivator in the creative community, and Britt Nolan has been making me jealous for many, many years. I’m confident not only in his ability to keep raising the bar higher in North America, but also in his ability to partner with me and our leaders across the region to continue finding the best ways to provide our clients best-in-class creative output.”

Britt’s work includes Legal-ade, a campaign for Country Time Lemonade that was one of only 12 to win a coveted Commendation at Little Black Book’s inaugural Immortal Awards. Other notable projects include Ostrich” for Samsung and “Van Gogh Bnb” for the Art Institute of Chicago, which allowed visitors to spend a night in an interactive replica of the artist’s 1888 painting.

The arrival of Britt and Weiss’ ascendancy to the global role is a long-awaited move for the global network which been experiencing some , which was the second most awarded agency network at Cannes Lions 2019, thanks to the likes of the Skittles Super Bowl Broadway Musical and, of course, it’s blockbuster John Lewis Christmas campaign starring Elton John. Last year, DDB was one of just four agencies to win an Immortal Awards trophy, thanks to their ‘Exclusive the Rainbow’ Skittles Super Bowl campaign with David Schwimmer.

Says Wendy Clark, chief executive officer, DDB Worldwide: “As a global agency network that bears Bill Bernbach’s name and believes that creativity is the most powerful force in business, it’s critical to have leaders who constantly champion, provoke and expand creativity in all of its forms, potential and impact. Ari’s career is best characterized as doing just that. Under his creative leadership the last two years, our North America region has seen a resurgence in business-impacting, award-winning work and high-caliber creative recruiting. I couldn’t be more excited to work together again on a global scale.”

Weiss joined DDB in 2016, nearly a year after Clark was appointed North America CEO of the Omnicom network. As part of the resurgence, Weiss has led the region to a total of 38 Lions and is perhaps best known for campaigns like “The Flip” for McDonald’s, where the iconic “M” arches were flipped to a “W” for International Women’s Day; and “Skittles Commercial: The Broadway Musical” for Mars Wrigley Confectionery. The one-night-only show premiered on Broadway during Super Bowl Sunday in place of a TV ad during the game.

Although Amir Kassaei officially left the role in January this year, he vacated the famous Bernbach office in New York back in 2017. Since then he’s been focusing his efforts on C14torce, DDB’s custom agency for the VW-owned auto brand SEAT.