David Shirley and Melina Fiolitakis from FCB have taken away both the Grand ORCA and People’s Choice Award for the 2019 Outstanding Radio Creativity Awards (ORCA) run by The Radio Bureau.

Shirley (right) and Fiolitakis (left) were announced as winners at the ORCA finalists’ lunch at Cibo in Parnell yesterday. The campaign that won them the Grand ORCA was “Department of Lost Nights” for Health Promotion Agency (HPA). This particular campaign has won a range of awards this year including two gold, four silver and two bronze awards at Axis.

FCB explain the insights and creative direction of this campaign: “The culture of binge-drinking in New Zealand is disproportionately driven by 18-24-year-olds. They see getting drunk as a gateway to an epic night out. But, if you’re so drunk, you’re not present and don’t remember it, was it really that epic? To play on the FOMO of not remembering your night, we created a series of ads that initially sound like someone telling their mates about a crazy night out. However, you soon discover their story has been jarringly cut apart and redacted – another memory repo, courtesy of the Department of Lost Nights.”

The creativity of the radio component of this campaign definitely shone through with judges commending it on being built around a strong, clear message but delivering this in an innovative way. Judges for this year were VLMY&R’s Kim Pick, BC&F Dentsu’s Luke Farmer, Ogilvy’s Lisa Fedyszyn and AUT’s Trevor Plant.   Similar comments were made from the judges about the pair’s radio creative as part of Water Safety New Zealand’s “Swim Reaper” campaign which won Shirley and Fiolitakis the People’s Choice Award for the ORCA through gaining a majority of the 300 votes submitted this year.

“Swimming Jeans, The Swim Reaper campaign targeted 15-24-year-old Kiwis – a group who make up more than one-third of drownings. The reason? They love taking dumb risks. They also hate being told what to do, so our strategy wasn’t to dispense safety advice. Instead, we ironically dispensed drowning advice. To that end, we came up with a series of radio ads, pretending to sell real products aimed at helping you drown. In this radio ad from the campaign, the Swim Reaper encourages young New Zealanders to don “Swimming Jeans – the last pair of trunks you’ll ever wear,” said the team behind this campaign at FCB.

General manager of The Radio Bureau, Peter Richardson (centre) commended all the finalists on their work: “The finalists for the 2019 ORCAs have all created some exceptional work for the brands they work with. It’s great to see creatives using the medium to its full potential by focusing on producing effective and innovative radio ads.”

For more information on the winning campaigns as well as all 2019 ORCA finalists visit: http://www.trb.co.nz/orca 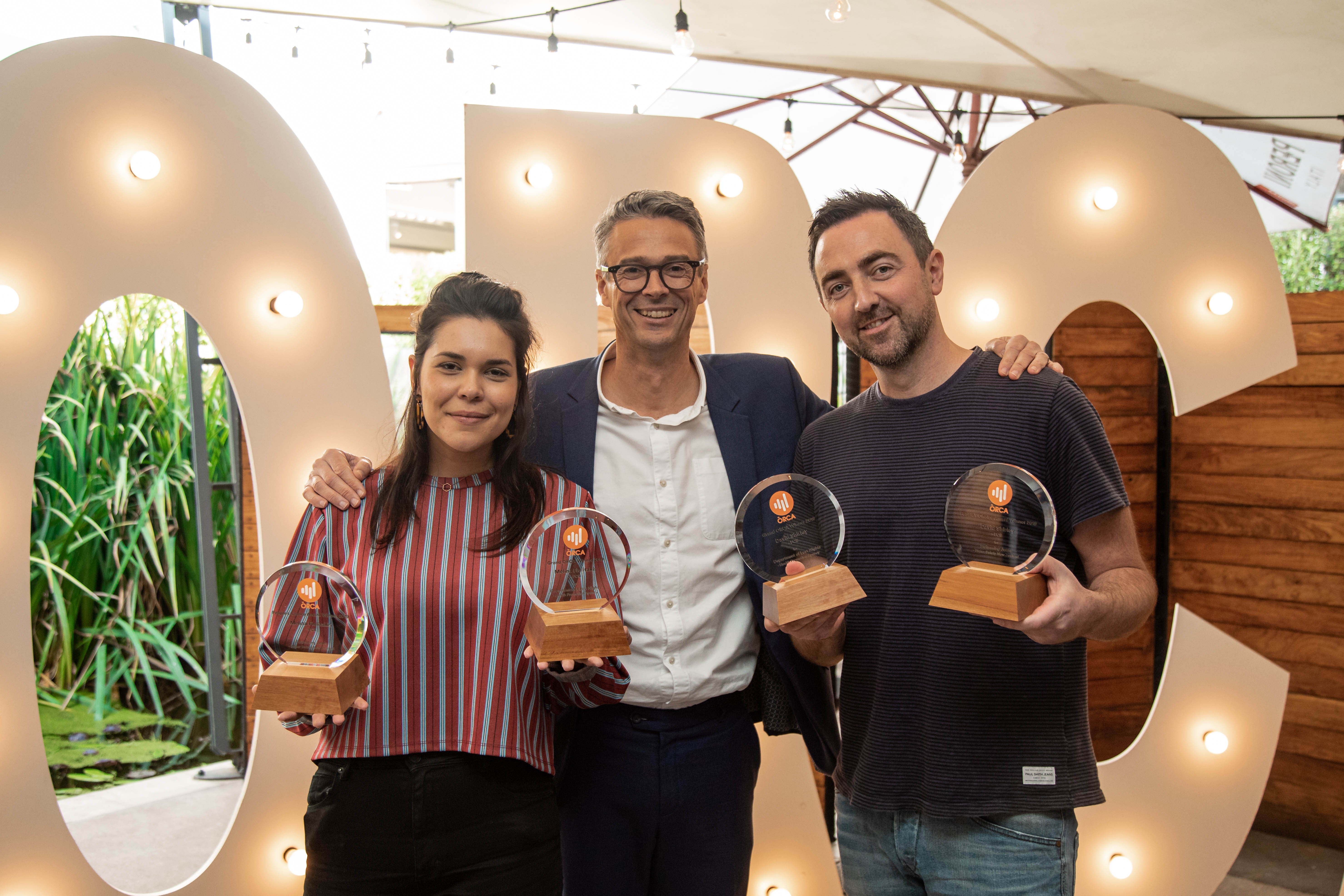