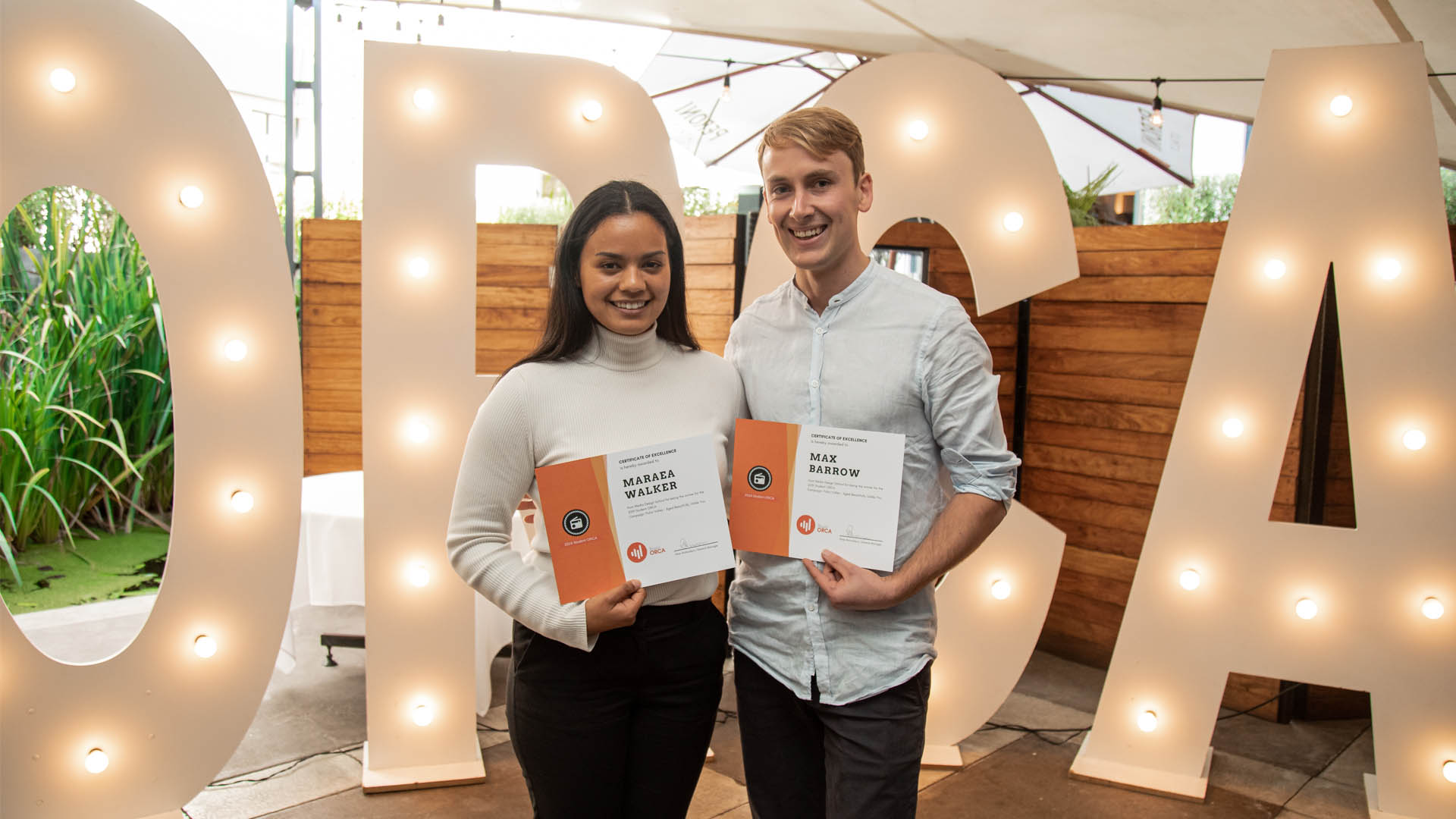 Media Design School students have taken out both the top prize and the runner-up spot at the TRB Student Outstanding Radio Creative Awards (ORCA).

“Aged Beautifully, Unlike You” by Max Barrow (right) and Maraea Walker (left) was the winning creative. The radio-first integrated campaign was highly commended by the judges who commented on its “gutsy storytelling that provokes the listener from the get-go to get their attention, and charmingly takes them along for the lyrical ride. A humourous dance between the benefit that’s in your product, and not in your customers. Overall just great writing that will stand out in the landscape.”

The open brief this year allowed students to come up with a radio-first integrated campaign for a food subscription service e.g. My Food Bag, Woop etc. or a Goodman Fielder brand. Barrow and Walker worked their campaign around the insight that when it comes to cheese, aging is great. But when it comes to you, it’s certainly not. Their radio creative gave Puhoi Valley a distinctive and brutally honest tone of voice with the end line: “Aged beautifully, unlike you”. 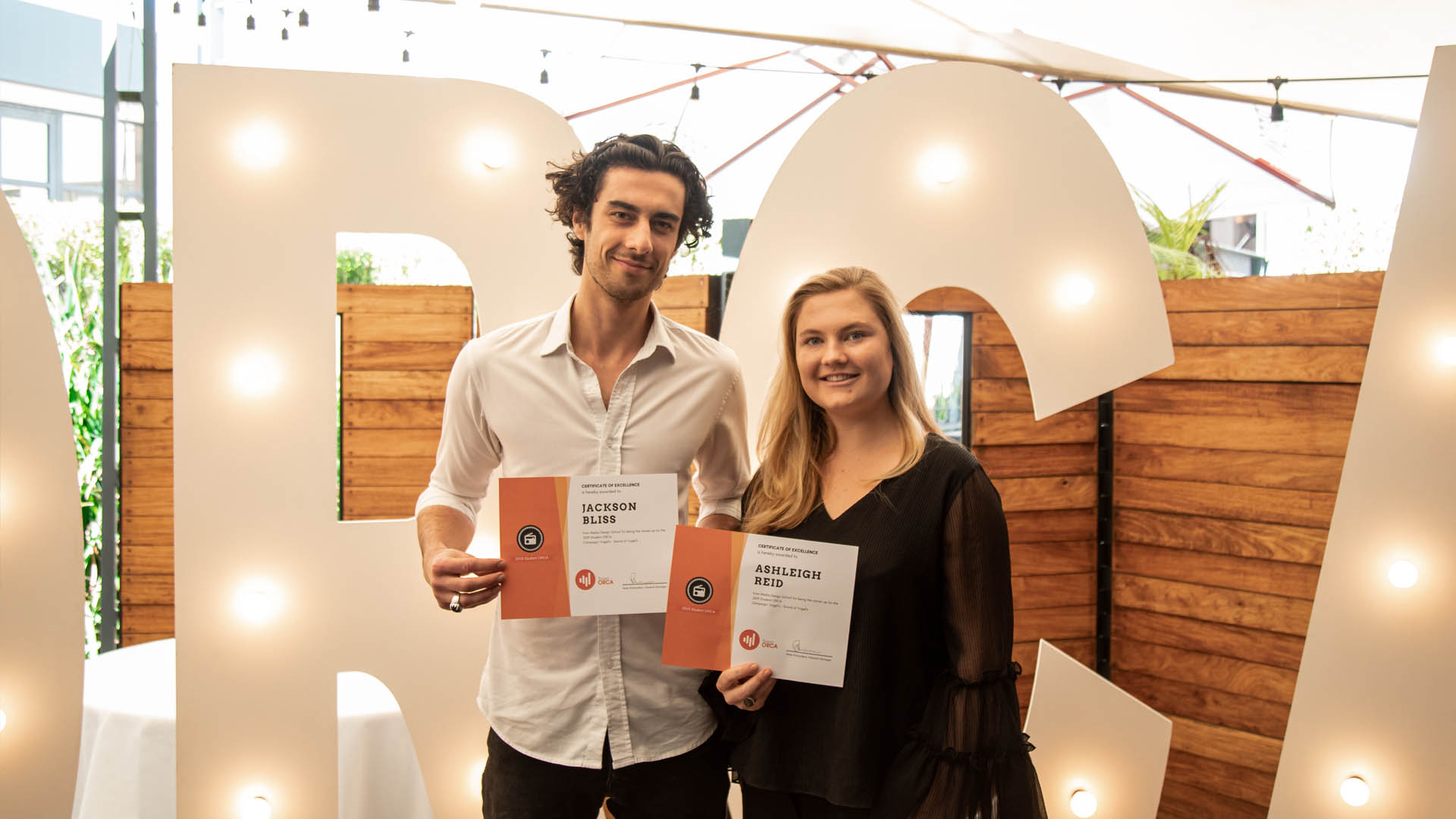 Jackson Bliss (left) and Ashleigh Reid (right) were runners-up for their campaign for Vogel’s “Sounds like Vogel’s”. Their entire campaign was focused around the distinctive sound you can hear when you put Vogel’s in the toaster because of the active ingredients in it – reinforcing the idea that Vogel’s is cooked, not toasted. Other aspects of this campaign included a Vogel’s alarm clock which allows people to wake up to the sound of Vogel’s, with the sound of the toaster popping once the person clicks the button to dismiss the alarm.

Says Kate Humphries, course leader at Media Design School: “The whole competition from start to finish was a great experience for all the students. The brief to make a radio-first integrated campaign opened up the students’ thinking; the judges generously giving feedback to each student idea at the first round of judging ensured it was a learning curve for everyone; and the challenge for the finalist to record radio ideas on a shoestring was an excellent lesson in having to reach out to their networks to find voices and recording spaces. On that front, a big thank you to Fiona Edgar (Katherine Rawlings) for voicing our winning Aged Beautifully, Unlike You campaign for Puhoi Valley Cheeses, and to Greg Smith (Auckland Actors) for voicing our runner-up Sound of Vogel’s campaign.

“We also owe an extra loud shout out to DDB for letting us use their sound studio to record both these ideas – and, in particular, a big thanks to Maxine Douglas for organising the times for the studio, and to Milon Williams for being an all-round sound god.

“As a competition for the students we know that the feedback and respond nature of the Student Orca judging process, that Ally Watt has worked out with the judges, does pay dividends because- lo and behold – Rebecca Sharp and Matt Aitken, two students from MDS who went through that process last year, were actual finalists in the professional Orcas this year.”

The other three finalists all created engaging campaigns informed by relevant insights. Grace Bader and Harley Wise from Media Design School created a campaign around celebrating Matariki with Vogel’s bringing something new to the table – Vogel’s Kumara and Horopito bread. Job Faundo and Nadine Wallis from AUT encouraged people to celebrate the little wins in life with a little cake, through their campaign for Edmond’s Cake in a Cup. And Jackson Bliss and Ashleigh Reid (also the runner-ups) managed to get two places in the finals with their second campaign for Vogel’s, “It’s not Bread” focusing on the insight that no one ever refers to Vogel’s as bread, so they removed Vogel’s from the bread family through their creative campaign.

Says Paul White, programme leader of advertising creativity at AUT: “The student ORCA award has given everyone a real enthusiasm for radio. One of the really good lessons was that idea and execution have to be perfect. Insight, idea, craft and then collaboration with production all came together.”

Both the winner and runner-up duos were invited to the ORCA finalists’ lunch at Cibo where they were presented with their awards in front of award-winning creatives in the industry and the Student ORCA judges – Peter Vegas and Leisa Wall from FCB, JP Twaalfhoven and Steven Hansen from Clemenger BBDO (also a finalist for the 2019 ORCA) and Hannah Habgood from 99.

Listen to the audio from all the finalists here. 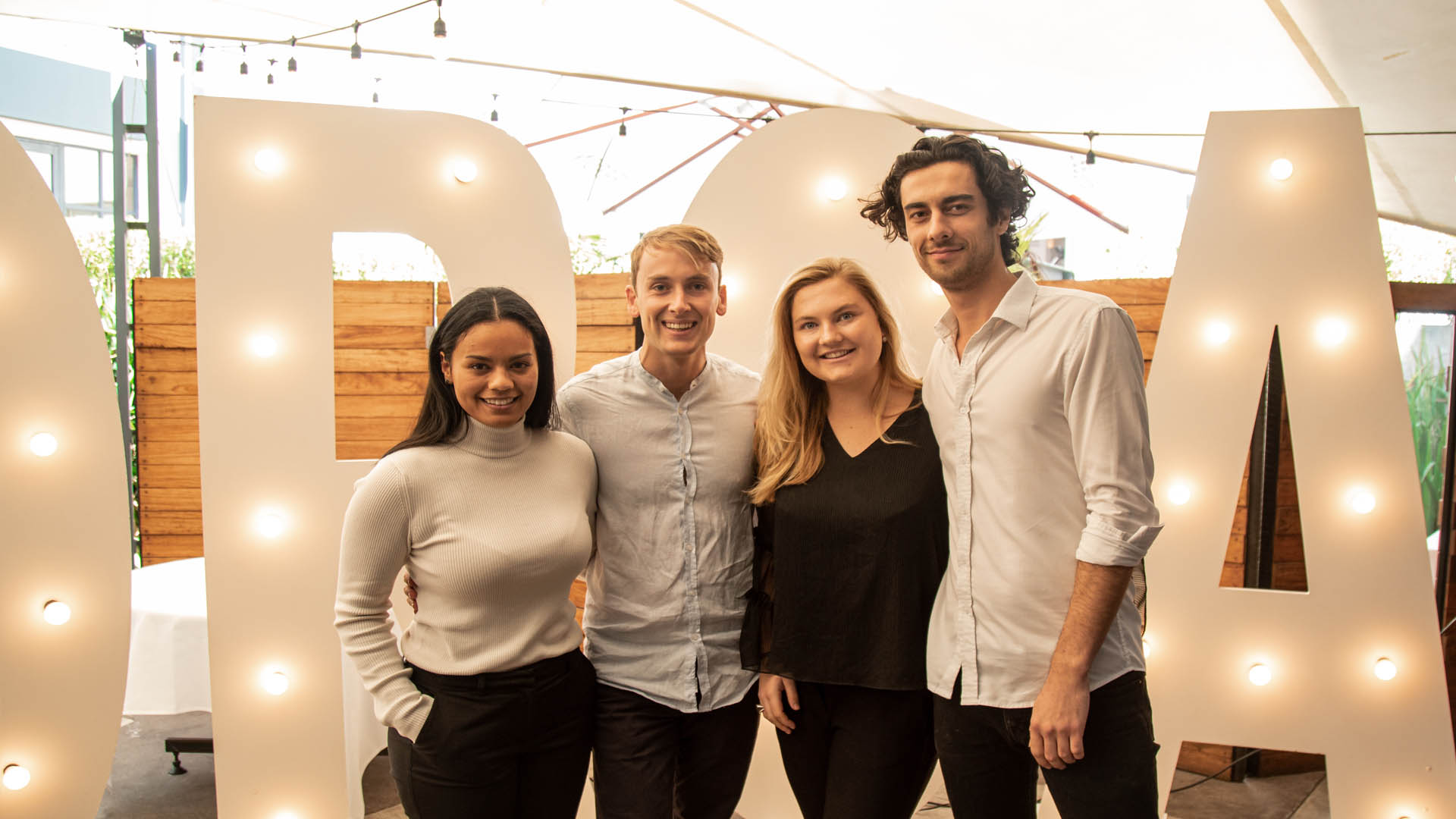