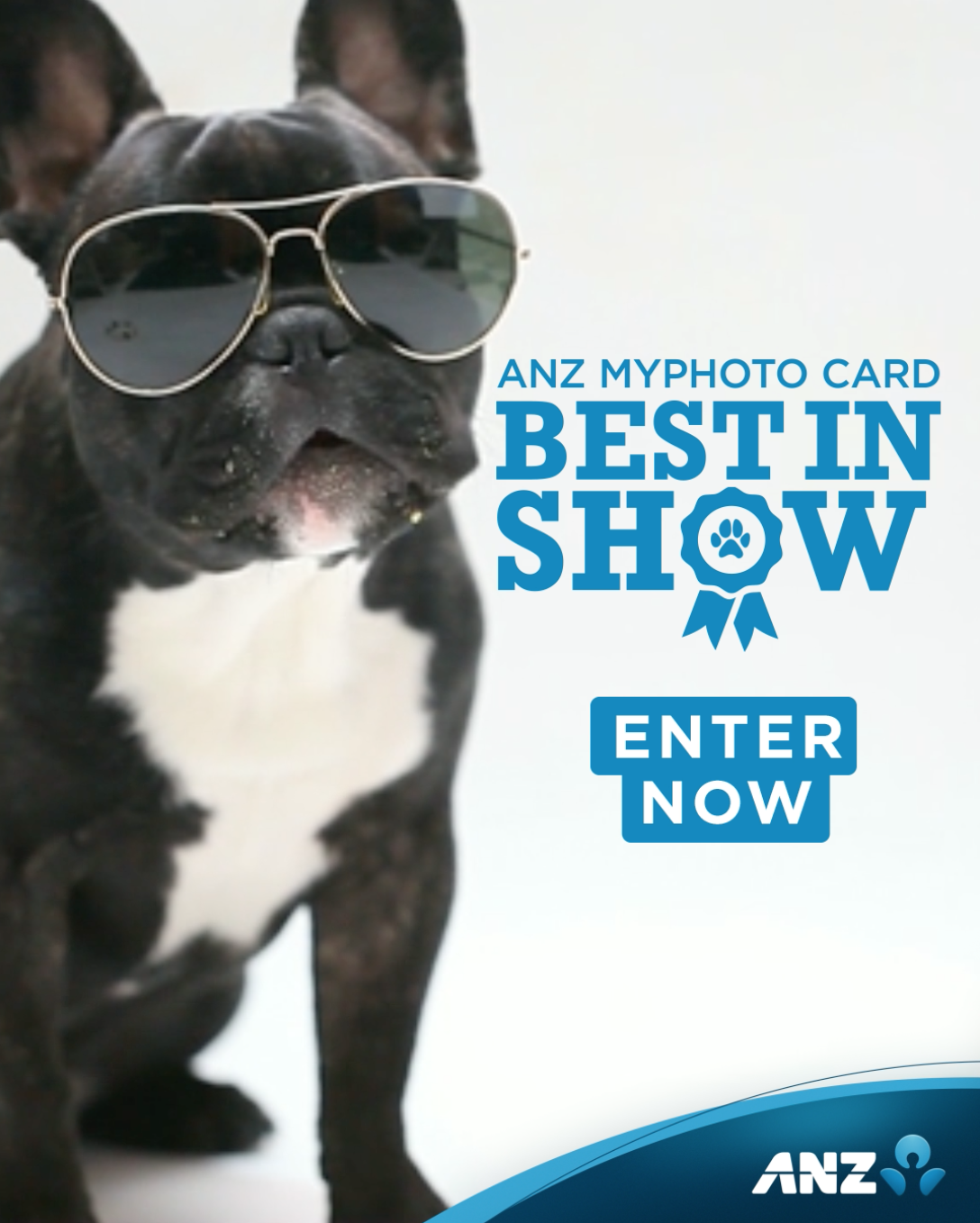 New Zealanders love their pets, so much so that the estimated 4.6 million pets outnumber their Kiwi owners. 64% of households around the country have a pet and TBWA NZ has expanded on this with ANZ New Zealand’s latest campaign Best in Show, a photo campaign encouraging Kiwis to share images of their dogs.

The creative campaign celebrates the personalisation feature of ANZ’s MyPhoto cards, a free service that allows ANZ customers to personalise their ANZ Visa Debit card with a photo or a gallery image.

The four-week campaign has kicked off on Facebook and Instagram, and via the ANZ Best in Show website, the public can upload a photo of their dog with a chance to win across three categories: ‘Cutest Canine’, ‘Hilarious Hounds’, and ‘Soundest Sleeper’.

As well as taking away the coveted title of ‘Best in Show’, the top dog in each category will also win their owner $1,000 cash.

The campaign is striking a chord among New Zealand pet owners, with ANZ receiving more than 3,000 entries in the first 6 days. From lovable labs, brilliant bichons and popular poodles to dainty dachshunds and frisky frenchies the judging panel is receiving entries of all shapes and sizes.

The ANZ Marketing Team – avid dog lovers – will be putting on their judging-hats. The entries will be narrowed down to the top 10 (in each category) and then the team will vote to crown the winner of each category.

What are the judges looking for? This is not your standard dog show… judges won’t be assessing the dogs’ size, eye colour, ear length, head shape, whisker thickness or coat texture. Instead, judges will be looking for the most adorable, ‘ooh-ahh’ inducing dogs, the dogs that make them laugh-out-loud, and the sleepiest snoozers of the bunch!

Says Shane Bradnick chief creative officer, TBWA NZ: “We know a popular ANZ MyPhoto card image is pets, so what better way to celebrate our love of pets than by launching a nationwide ANZ MyPhoto card Best in Show competition that lets people show off their four-legged friends.”

More of a cat lover? Never fear – the second half of ANZ’s Best in Show campaign will launch in late August and celebrate our feline friends. The CAT-egories include ‘Cool Cattitude’, ‘Kutest Kitty’, and ‘If I Fits, I Sits’.