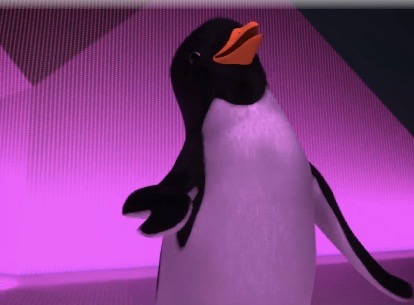 Chippy is back with a catchy new dance routine that’s set to break open the fun again after its first dance debut in Antarctica in the late 1980s with the iconic “Bluebird’s the Word” ad.

Back with a modern twist and in response to the global ground-swell in modern dance, Bluebird is on a mission to entertain Kiwis through the launch of an epic new dance video and encourage New Zealanders to come together and have some fun as part of the hunt to find the nation’s top dance moves.

The fun-loving campaign was launched as a teaser campaign, with a short snippet of the Chippy dance routine aired on television during the final of “Dancing with the Stars” and will continue to delight viewers with the extended partnership on Three.

Bluebird has also created a 45 second dance video which is currently being shared across social and digital channels. And Chippy the penguin will continue to appear in short, topical videos in Bluebird’s social channels over the coming months, inviting Kiwis to share their own dance moves via an interactive Facebook lens that encourages consumers to record and share their dance moves, to get in on the fun.

Says Young: “Having just celebrated its 65th anniversary, Bluebird has a rich and vibrant history synonymous with the penguin and fun times. With this campaign, we wanted to showcase the ‘inner penguin’ in us all, by facilitating moments of togetherness all over a bag of chips.”

“Bluebird’s the word” says it’s time to break open the fun and it has been since 1953. We are really excited to modernise the Bluebird penguin with the help of some of New Zealand’s best dance talent and producers, encouraging Kiwis to come together, joke around, laugh, dive in and share the good times with each other.”

In the next stage of the campaign, Chippy, with the help of local Kiwi dance talent and influencers, will invite Kiwis’ to showcase their best dance moves, using an interactive Facebook Lens. Kiwis’ will be encouraged to join in on the fun by filming themselves dancing with Chippy, using the Facebook lens, who will appear alongside them in augmented reality.

By uploading their dance video tagged @BluebirdNZ #YouKnowTheWord, Kiwis’ will have a chance to win a year’s supply of Bluebird chips – of course, to enjoy with their friends and family. They’ll possibly even teach the old bird a thing or two. Whether it’s the next shuffle, the floss or the moonwalk dance move, Bluebird wants to see the inner penguin in all of us.