Hold on to your hat: Meridian and Garage Project celebrate partnership with a new wind-based beer and campaign launch via BC&F Dentsu

In the windiest city in the world, in the shadow of Wellington’s iconic Brooklyn turbine, Meridian have teamed up with Garage Project to launch Turbine Pale Ale, a welcome way introduce their new renewable energy certification, developed in conjunction with BC&F Dentsu.

The connection between beer and wind has not always been a noble one, but that is changing now as Turbine TM Pale Ale  is elegantly brewed with a bright golden, juicy malt base, balanced with thirst quenching bitterness and bursting with citrus and tropical hop character. (See brewer for translation.)

With help from partners BC&F Dentsu and OMD, Turbine launches with a digitally lead campaign, together with out of home and launch events in Auckland and Wellington. This initiative builds on the new positioning launched in June that highlighted the renewable ingredients that go into Meridian’s power generation: wind, water and sun. 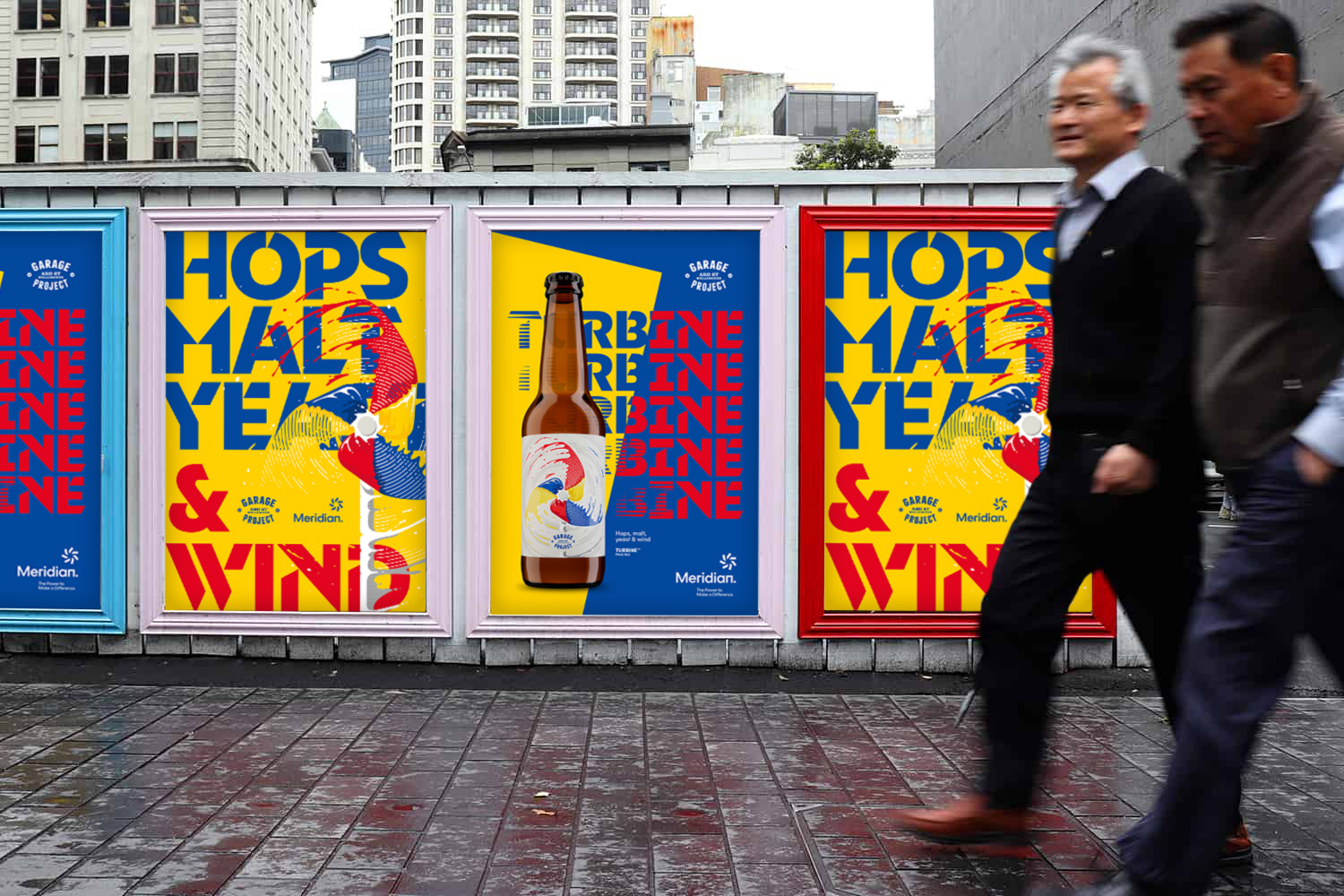 Just as the launch campaign dramatised that although sometimes the wind can be a bit of a pain, we can harness its energy for good.

The collaboration between Garage Project brewery and Meridian, who only generate electricity from 100% renewable resources, is the first time that the certified renewable energy mark has been made available in New Zealand – providing Garage Project with a clear means to recognise and celebrate their preference for renewable electricity generation.

Says Brad Stratton, associate creative director, BC&F Dentsu: “It’s a fitting way to launch the renewable energy certification and a nice homage to Wellington, a city that is such an important part of the Garage Project story. It tastes good too which is the most important thing.”

Says Murray Streets, managing director, BC&F Dentsu: “We’re so excited to be involved in demonstrating Meridian’s new positioning in such a distinctive and great-tasting way. This is fresh, bold work that we hope will inspire other kiwi businesses to partner with Meridian and celebrate sustainable energy generation in New Zealand.”

The beer is on shelves now, so brave the wind and give it a try.