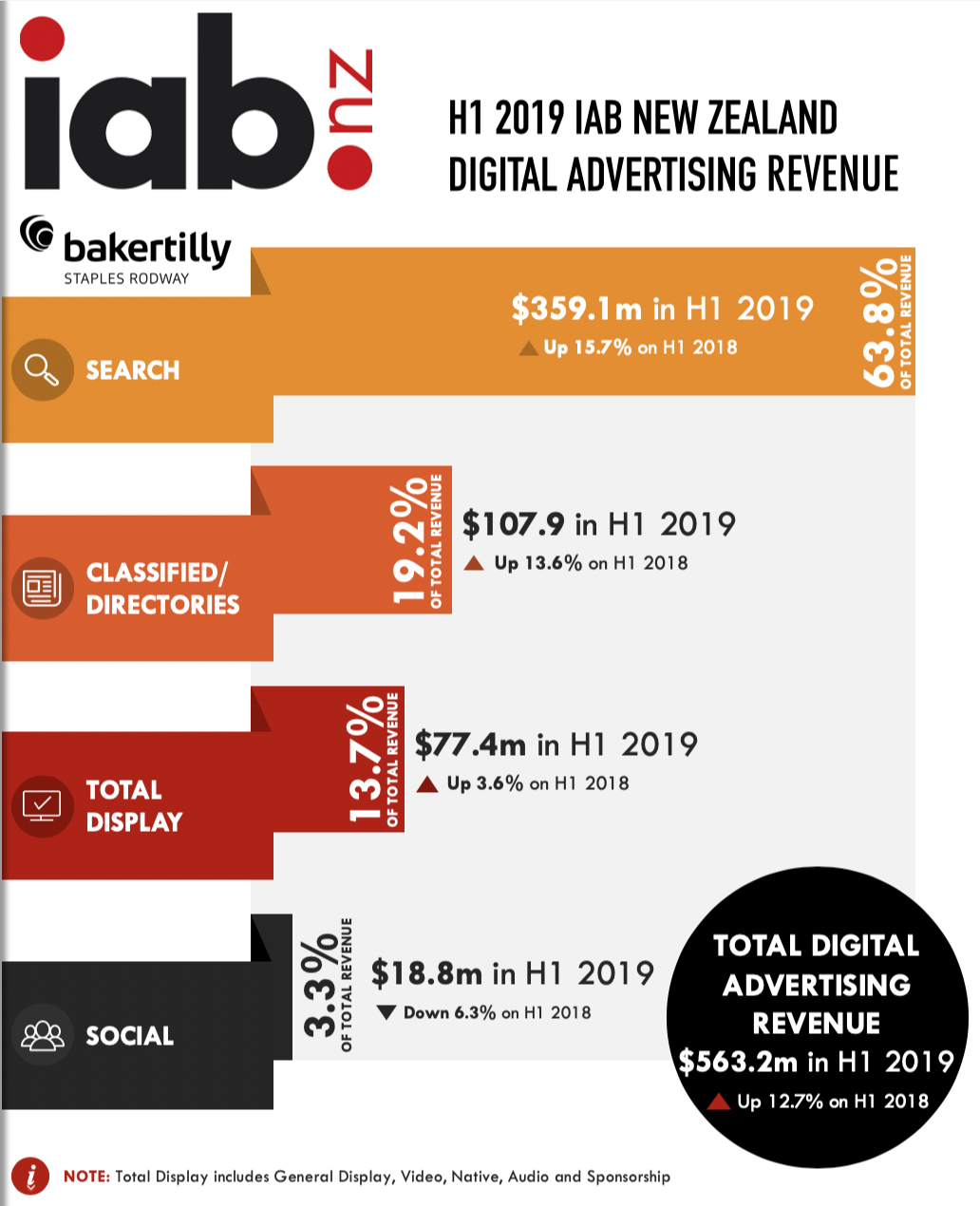 Total digital advertising revenue in New Zealand continues to climb, reaching $563.2 million in the first half of 2019, achieving 12.7% growth on the same half in 2018, following seven consecutive quarters of double-digit growth. Growth was consistent in Q2 2019, also reaching 12.7% on the same quarter last year.

The data is drawn from the IABNZ’s Digital Advertising Revenue Report released today by the IABNZ and Baker Tilly Staples Rodway.

The largest shift in Total Display variance by advertising category was Travel and Accomodation, recording a year-on-year increase of 324% in H1, whereas in Q2 2019 Real Estate led, with a staggering 541% on the same period last year.