Last tickets on sale for BOTAB – get them quick 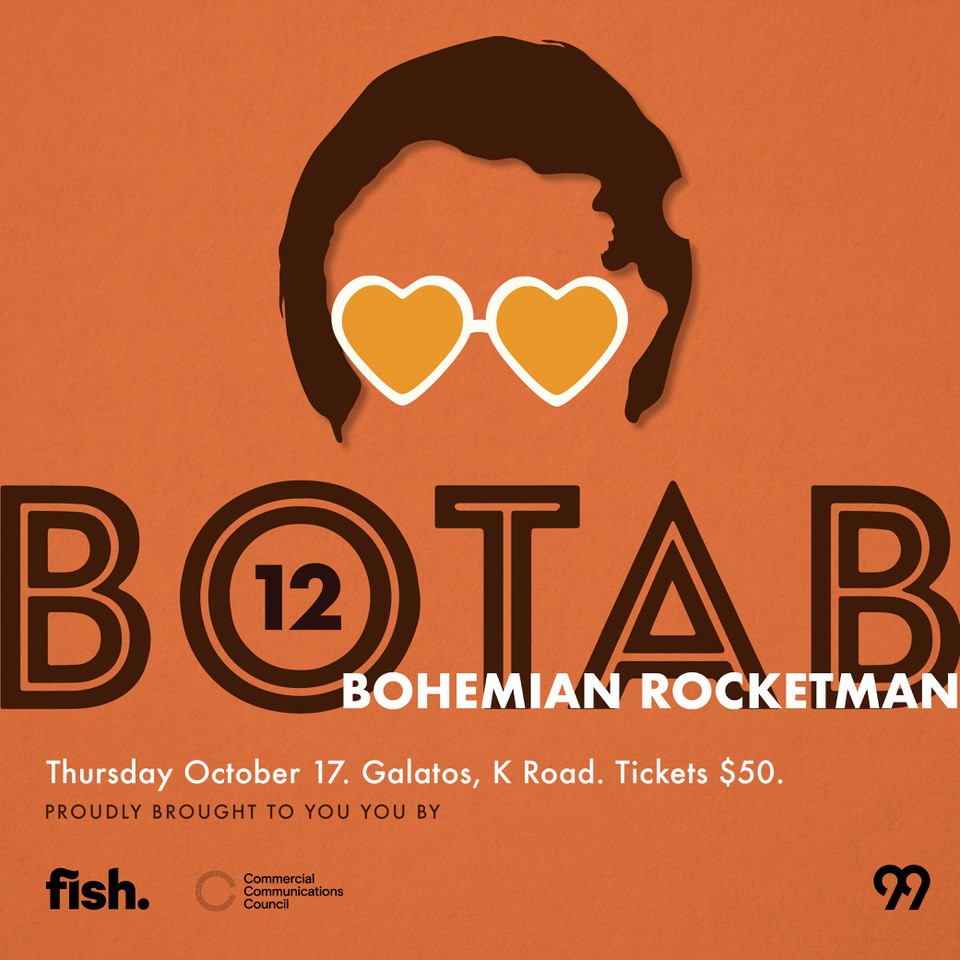 Flying Fish and the Comms Council have had a skyrocket response from agency bands entering the 12th annual Battle of the Ad Bands and the competition is looking out of this world. BOTAB has an exciting line up of eight bands competing for the title of BOTAB 2019 Champion.

The bands are officially Under Pressure to perfect Their Song and round up their groupies – nothing can stop them now.

If you haven’t yet secured your ticket for the battle next week, don’t go breaking your heart, the last few tickets are available via Eventfinda: Battle of the Ad Bands 2019, but they’re selling out fast.

There will be loads of great spot prizes up for grabs thanks to some truly epic sponsors, such as Whittaker’s, Cote Noire, Huffer, Spring Spa, Studio Box, and Event Cinemas.

Our bands are once again competing for some amazing prizes such as a production run of their very own ice cream flavour from Much Moore Ice Cream, a $500 Lunch at Prego and most importantly the coveted BOTAB 2019 trophy! Also up for grabs again is the Fortis Travel ‘Best Performer’ travel voucher to the value of $1,000.

Are you hungry, because returning once again from Flying Fish are Fish Taco. We have I’m Still Stanley from the latest Indie agency Stanley St who Want It All. Ange from Accounts is the Killer Queen from MBM and we can’t forget those Honky Cats, The Signoffs from 99. Can you feel the love tonight? The lovely people from Saatchi and Saatchi, The Strands are back. Colenso of course are all set to Rock You. Don’t go breaking our hearts, Friends Electric, we want to see Daniel in drag as the crew from BC&F Dentsu join us once again to try and take the title.

And of course no BOTAB night would be possible without our esteemed judges – Radio Hauraki’s very own Matt Heath, Leigh Hart and Angelina Grey as well as our lovely MC, Georgia Cubbon.