Every day, more than 6.6 billion images are uploaded to the Internet. We use them to share our lives, stay informed, sell, rally and educate. For the millions of people around the world who are blind or have low vision, however, sharing in these images is a very limited experience.

Surprisingly, the functionality already exists to help people with sight loss fully participate in the visually-driven online world. Every image uploaded to the Internet has accessible functionality called ‘Alt Text’. This enables anyone who can’t see an image to experience it through technology like screen readers. In almost all cases currently, however, there is either no description available or a poor attempt made by an AI Bot, which often leads to the information being incomplete or inaccurate.

The #AltTextForAll Movement asks individuals and businesses to help open up the visual world by undertaking one simple task – use the ‘Alt Text’ functionality when publishing digital images to describe the relevant information in the picture.

Blind & Low Vision NZ GM of marketing and communications, Louise von Sierakowski, says the #AltTextForAll Movement is easy to get on board with. “It seems many people just aren’t aware of the role Alt Text can play for screen reader users. We hope through this movement that people take a step forward in supporting how those who are blind or have low vision can have independent access to information. It’s simple, but it’s really important.”

The #AltTextForAll Movement was launched via an online film, featuring Karen, the digital Alt Text voice. This was followed up by a series of fun bespoke films, aimed at international celebrities and organisations, including Ryan Reynolds, Chris Hemsworth, BBC, Ellen, National Geographic and Humans of New York.

Says Scott Maddox, creative director at YoungShand: “Blind & Low Vision NZ help to open up the world for people with sight loss, through the many services they offer. The #AltTextForAll Movement enables us to showcase this through a campaign that aims to make the millions of images we share every day more accessible.”

The campaign is supported by a series of films that focus on how the services offered by Blind & Low Vision NZ offer practical and emotional support for people with sight loss, including day-to-day living skills, getting around and employment readiness.

Says Ben Hopkinson, group account director at YoungShand: “When we started sharing the #AltTextForAll Movement with Kiwi businesses, seeing the immediate support we received, it was like a no-brainer response to get involved. With such an easy change, these companies have consciously helped the world become more inclusive for those who are blind or have low vision – simply by adopting Alt Text.”

To join the movement and find out more about Blind & Low Vision NZ’s services, visit www.AltTextForAll.com. 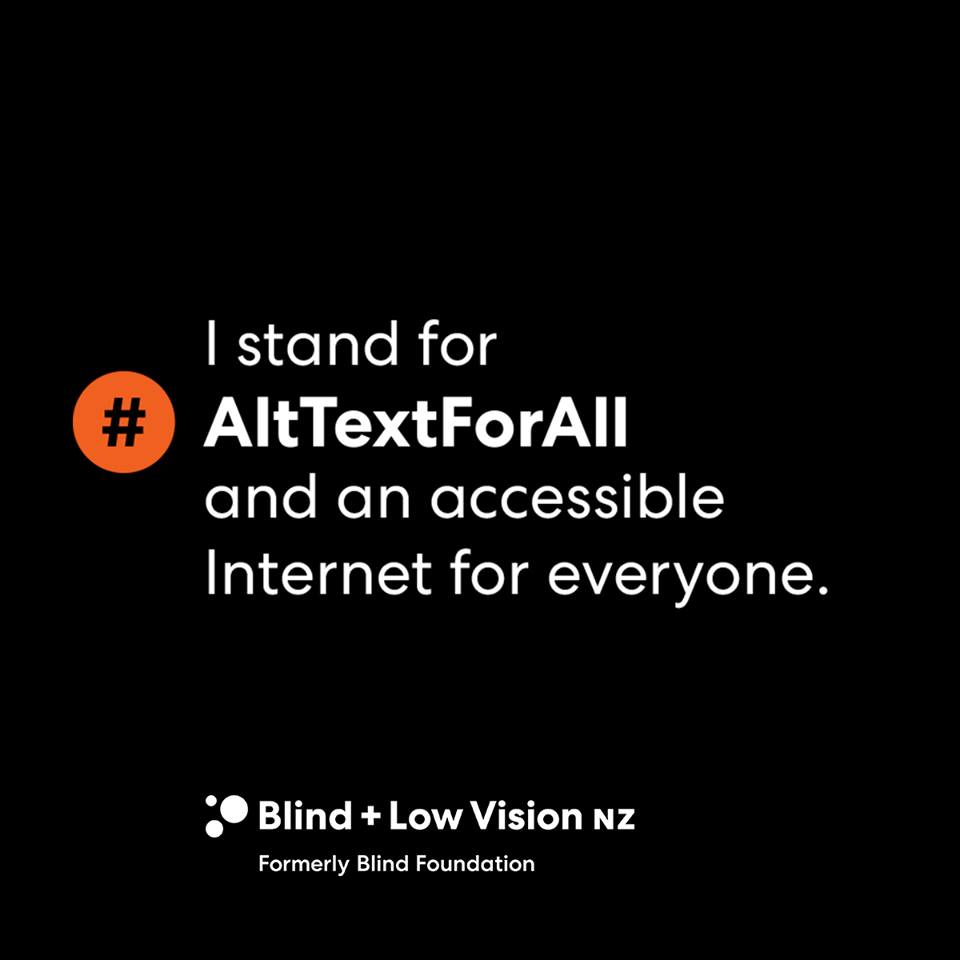