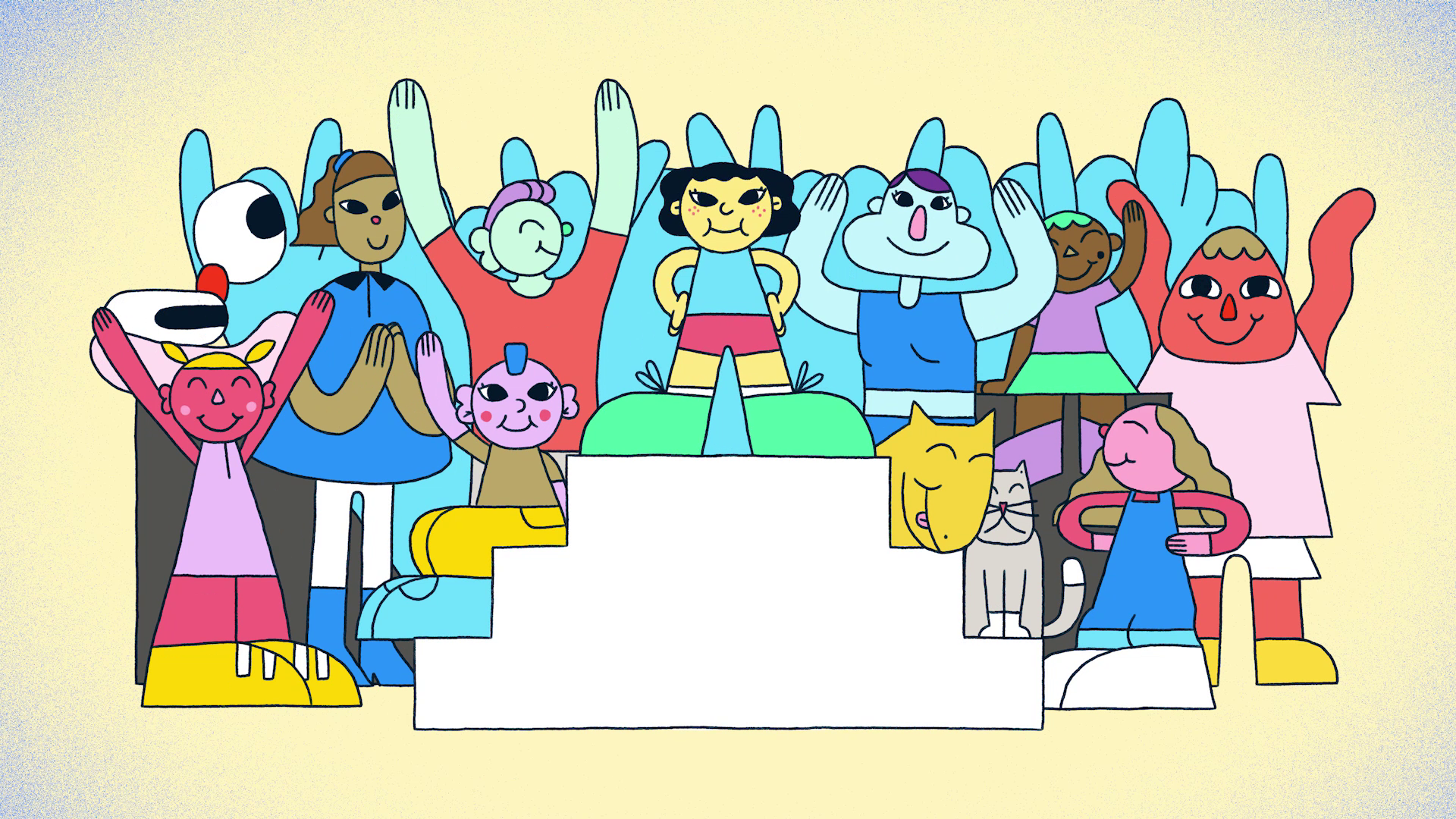 New Zealand director and artist Rob Wallace (aka Parallel Teeth) combines his inimitable graphic style and an upbeat, rebellious attitude to convey a serious message in his new spot for International Day of the Girl, part of an ongoing global campaign from charitable organisation, Vow.

In its second year, the campaign was created in answer to a shocking statistic: 12 million girls under the age of 18 are married every single year.

Says Rob: “Rather than focus on the terrible consequences of child marriage, Vow wanted to focus on the courage and determination of these girls. The aim was to highlight how they can create their own futures, and how this benefits them as individuals and also their community in the long term.

“Normally I like to push my character designs to be less natural by enlarging features, distorting elements into more graphic shapes. and dropping unnecessary body parts. For this piece it was important for the girls to be relatable, so I toned down the abstraction and instead applied those ideas to how the girls could change in each scene. The animation doesn’t stick to a single character model, rather it changes, depending on the scene. Sometimes we used extreme low-angle perspectives, or gave the girls massive muscles, or animated them like clunky stop-motion, or shrunk down their bodies. This along with the quickness of shots and bright colour palette gave it a youthful, playful energy.”