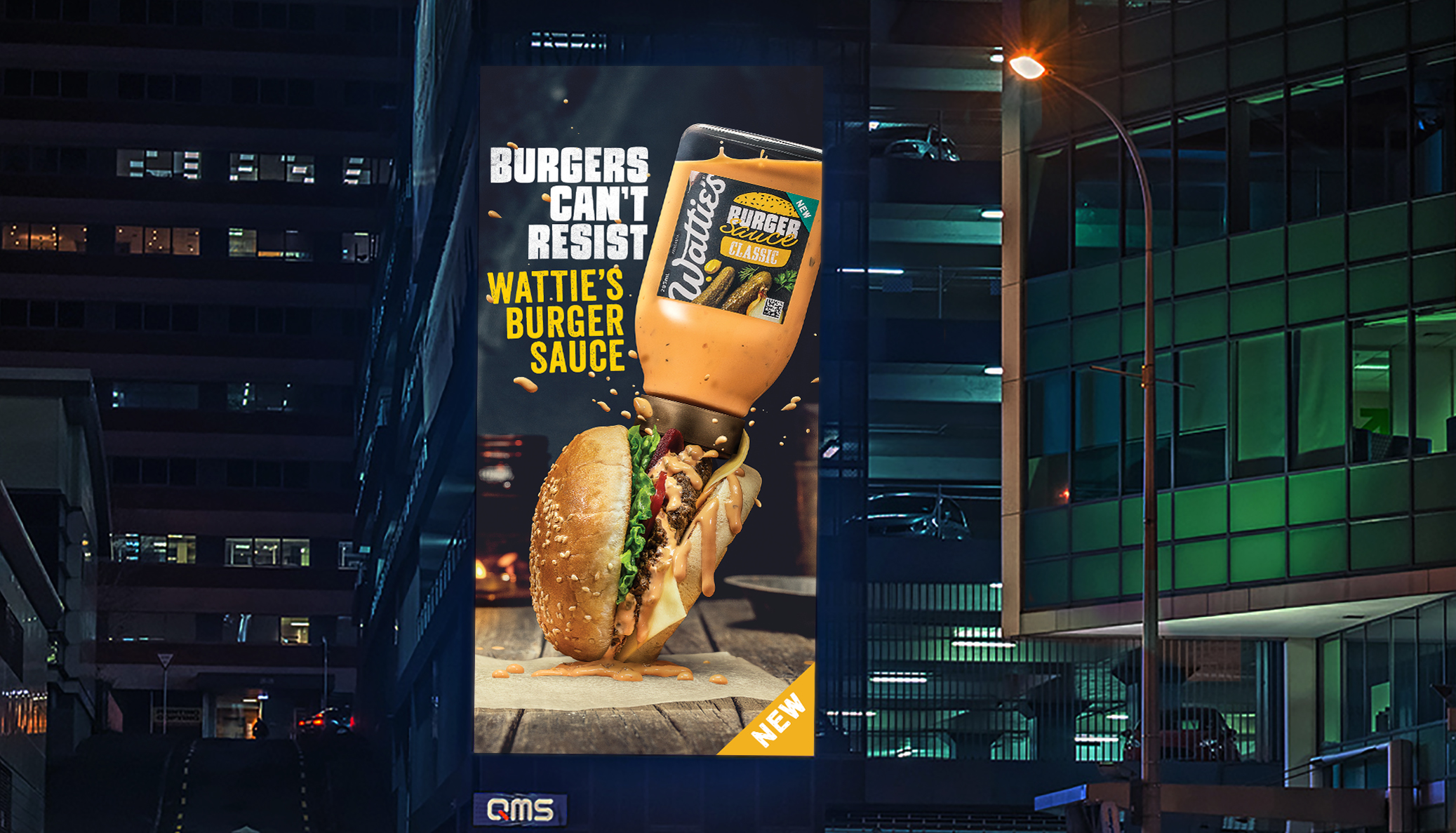 Wattie’s Burger Sauce – they say it’s probably the greatest thing to happen to burgers since fries and soda – and to promote its new range, Wattie’s has launched a new campaign via The Business Marketing Group.

Wattie’s has taken to large OOH, transit and social media/digital – demonstrating the sheer irresistibility of their new range.

For many years, burger sauce had been the secret ingredient used on some of the world’s greatest burgers, however, few people outside of the burger industry knew they existed.

Wattie’s Burger Sauce range changes that.
Since hitting the supermarket mid-October they’ve become an overnight culinary sensation, flying off supermarket shelves. It turns out that Kiwi burger lovers can’t resist them – and neither it seems can their burgers.

Released just in time for summer, there are three flavour burger sauces to choose from: Chipotle & Green Jalapeno; Smokey Bacon; and Classic.