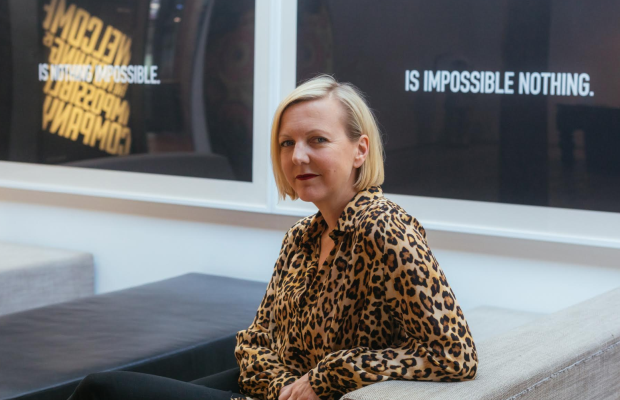 Challenging the status quo is never easy or straightforward. But it’s a lot more achievable when you have the CEOs and chairs of 53 businesses from across New Zealand fighting your corner.

That’s the rationale behind Champions for Change, an initiative founded in 2015 which looks to drive diversity and inclusion across business at all levels. Earlier this year, the group launched a clear, simple, and effective ad campaign aimed at rectifying the gender balance in the workplace from the ground up.

A key part of the team behind that campaign was Kristal Knight, creative director at Saatchi & Saatchi New Zealand. To find out more about the future for the initiative, as well as Kristal’s creative journey so far, LBB’s Adam Bennett caught up with the creative director.

LBB> Can you tell us about how you got into the industry? When did you decide you wanted to be a creative?

Kristal> My dad had his own advertising/design business in our small hometown of Nelson, so I grew up poring over his stacks of Communication Arts magazines and playing with his Letraset markers. I went to design school with the dream of becoming a graphic designer, but the more advertising and illustration papers I took, the more I realised I loved creativity that has to communicate a message clearly, or it doesn’t work. So as soon as I graduated, I took the traditional route of waitressing by day and knocking on agency doors with a portfolio of scamps until I got in.

LBB> Can you tell us how the Champions for Change initiative first started out?

Kristal> Champions for Change is a group of the leading chairs and CEOs of New Zealand’s largest and most influential businesses, who are committed to advancing inclusion and diversity in their own organisation and, ultimately, across the entire country.

Saatchi & Saatchi has been one of the Champions since the outset, and we are the only advertising agency to be part of the initiative.

Recently, we’ve begun working with them to bring unconscious bias into the public consciousness, and to create a range of ‘tools’ to help people start and change conversations – shareable films and posts, posters and merchandise.

International Women’s Day is the focus each year, and we’re currently working on a campaign to address the career derailers that are keeping women out of the top jobs and causing the gender pay gap.

LBB> And what is the process like working with leaders from other industries?

Kristal> We have to be constantly mindful of the fact that these are NZX50 brands who are putting their names to this work, so while humour and cut-through are massively important, dignity and respect are too. Gender equality is frustratingly still a highly contentious issue, but there are grown-up and rational ways to address it.

LBB> Looking back at the work Champions for Change has done, is there one project that stands out as particularly defining or important?

Kristal> The #itsnotthathard campaign we created earlier this year was a suite of tongue-in-cheek ‘how to’ instructional videos for overcoming gender inequality. For me the most powerful realisation was that it really isn’t that hard! You just need to stop letting those old-fashioned gender biases affect your thinking, and just treat everyone exactly the same.

I’m hugely passionate about applying advertising creativity to real world problems, but I really believe it needs to be able to actually make something happen – give people a way to take action, change a behaviour. Watching another clever film about the fact that there is a gender pay gap in the world isn’t going to close it.

LBB> On a personal level, looking back at your own career outside of C4C and Saatchi & Saatchi – is there an especially defining project you’ve worked on there?

Kristal> In the same vein of trying to find practical ways to help people change their behaviour for the better, in a previous agency, we created a product for the New Zealand Breast Cancer Foundation to help make breast awareness a part of women’s everyday beauty routine. Knowing what’s normal for your breasts is one of the most life-saving things you can do, but it also means getting familiar with how they look and feel every day of the month, which a lot of women find a bit weird. Breast Cream was a lovely natural moisturiser with beautiful packaging, and just applying it gave women a natural, comfortable way to check themselves. Seeing young women talking comfortably about feeling their boobs and spreading the message through the medium of beauty blogs was one of the most rewarding moments of my career. 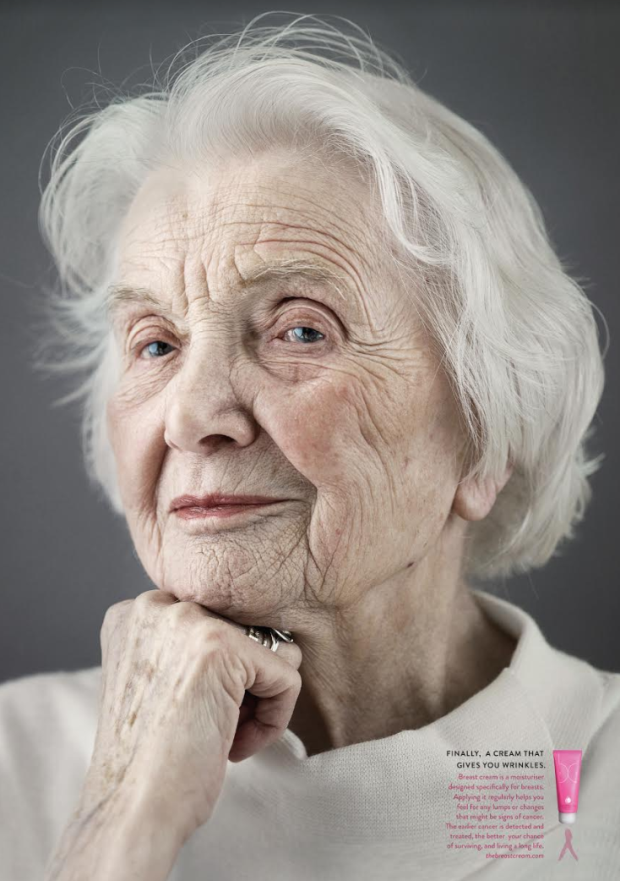 Another defining moment for me at Saatchi & Saatchi was shooting the Tourism Fiji campaign, which featured local people singing a song, especially composed by Igelese Ete (one of the composers for Disney’s Moana). The idea was to celebrate the spirit of the people of Fiji, rather than just their beautiful beaches and turquoise sea. The generosity of these people with their homes, their time, their patience and wonderful vocal talent was mind-blowing. And it was very emotional to see the tears in their eyes when they saw themselves in the rough edits.

LBB> Looking at the industry in New Zealand as a whole, you guys always seem to punch above your weight, especially with awards shows. Why do you think that is?

Kristal> I think it comes down to size – it’s a much smaller market here, so things just cost less to make happen. There’s also smaller risk for brands, so they can afford to be braver and back more creative work. We’re also not so hampered by process… there are fewer layers of approval and research, so agencies have a lot more freedom to act quickly and run with great ideas. I think that’s why so much great creative talent stays here, or moves here from overseas…! Continue reading on LBB…