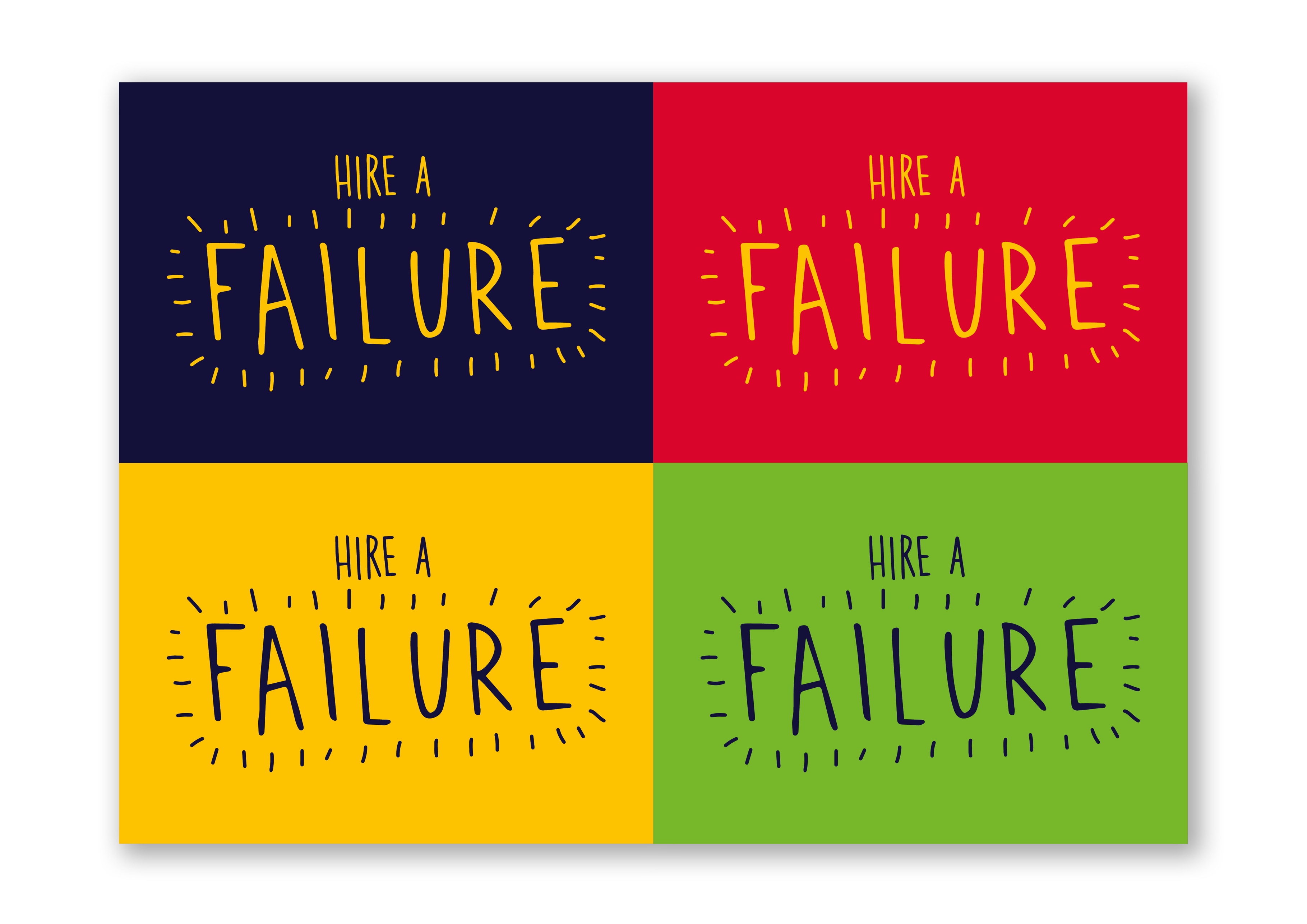 MDS’s AdSchool has announced that its End of Year Show will be held this Tuesday, November 19 at Fukuko, Britomart.

If that oft-quoted-cigar-chomping-Churchill’s definition of success as ‘stumbling from failure to failure with no loss of enthusiasm’ is correct, then this year’s crop of blossoming creatives are ready to be picked.

For not only have they picked themselves up and dusted themselves off many a time throughout the year, they’re also enthusiastically owning the failed careers that led them to AdSchool’s doors (and hopefully to agencies doors) in this year’s invite to the end of year show.

So, if you want to see what happens when a sausage-fingered-coder and a way-too-soft-hardcore-metal-bass-player get together to have ideas, (or maybe even an actor-that-can-only-play himself and a failed-penis-tattooist), then skedaddle down to Fukuko in Britomart next Tuesday Nov 19th between 6-8.30 pm and pick up a pair of failures.

While you’re sampling the delights (or low lights) that AdSchool’s failure fusions have to offer, you can scoff on the edible fusions that are Fukuko’s Japanese tacos while imbibing a free drink or two. AdSchool would love to see you there.

NB: If you’ve somehow failed to receive MDS AdSchool’s failure invites send an email to kate.humphries@mediadesignschool.com and she’ll get one over to you pronto. 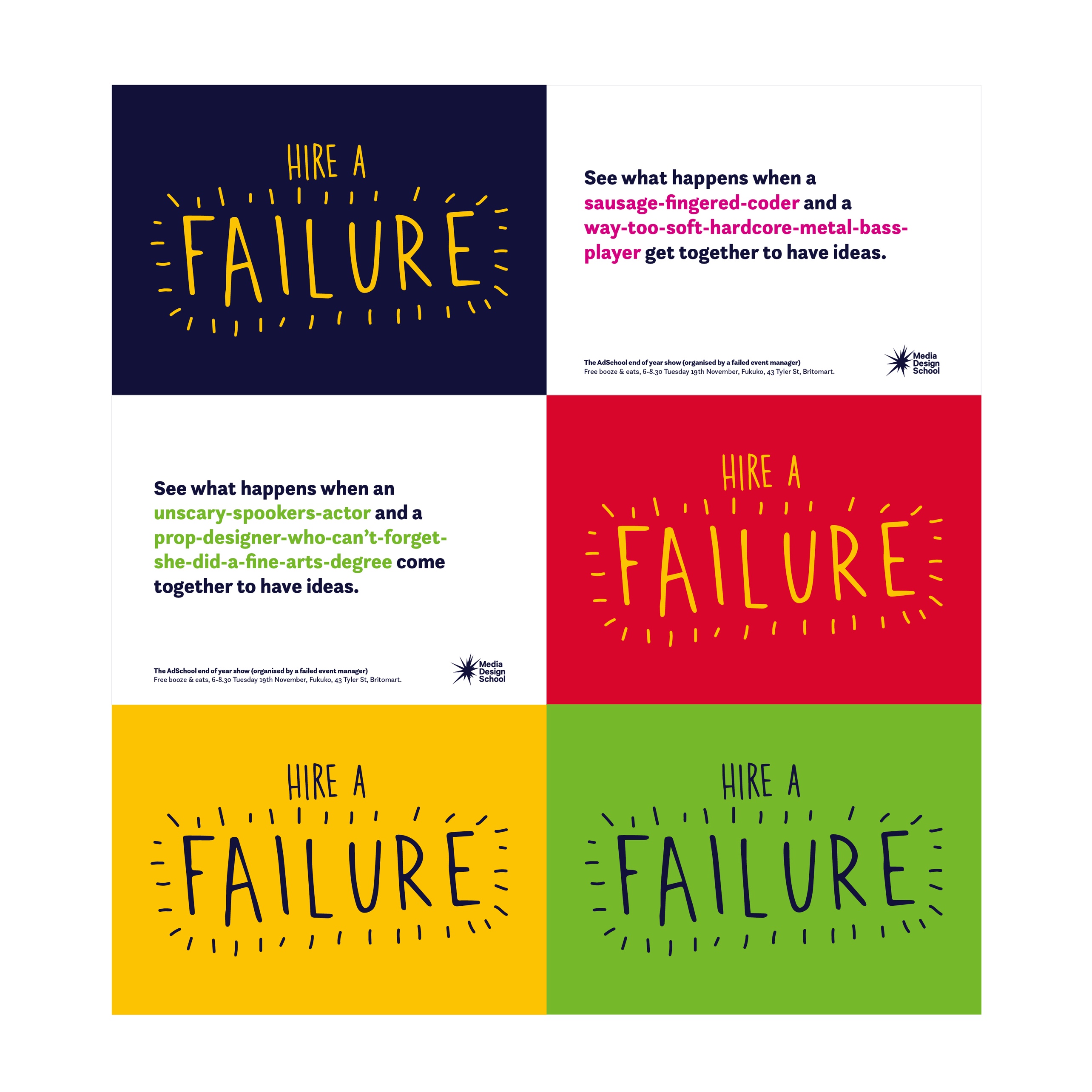