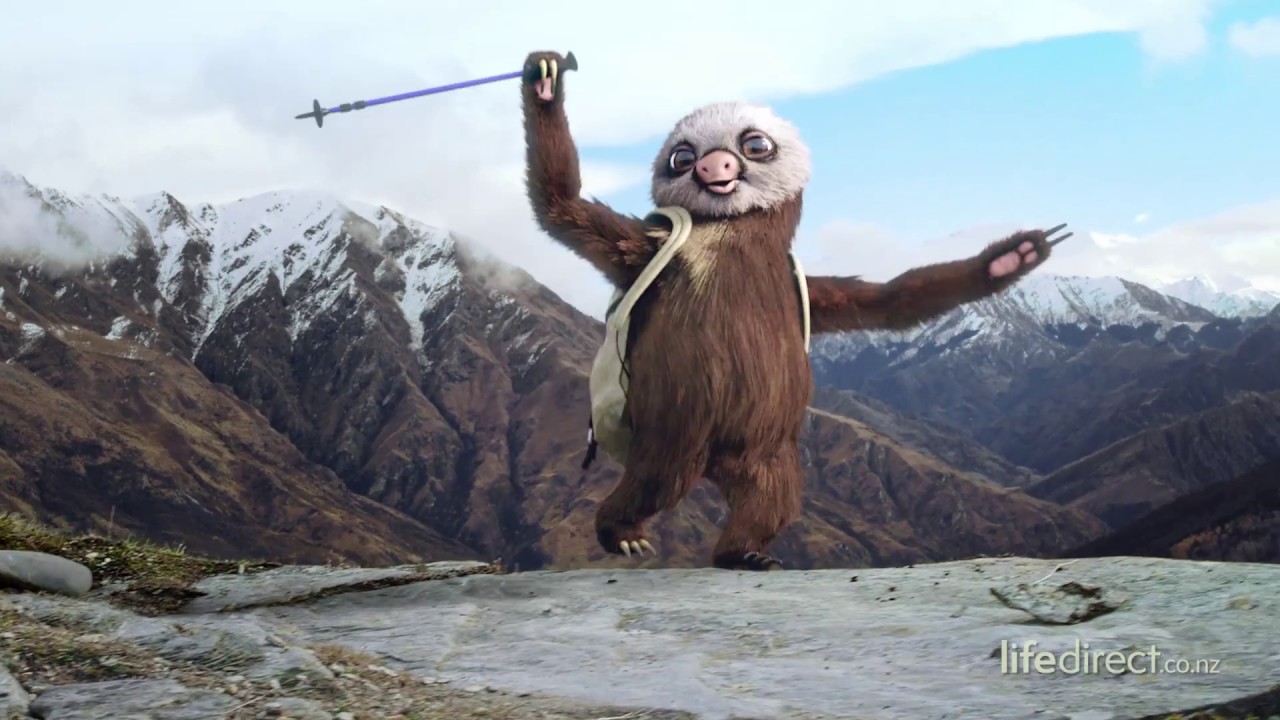 The winners of the 2019 Epica Awards, represented by Campaign Brief in Australia and New Zealand, have been announced and VMLY&R New Zealand has secured a Gold Award for Life Direct – Trade Me ‘RIP Simon’.

In the 2019 Epica Awards there were Grand Prix winners from the US, Germany, France, Israel and Sweden.

Says jury President Fiona Rogers, COO of Magnum Photos: “Some complex issues were approached in an innovative and memorable way – from highlighting company heritage stories to raising awareness of public service initiatives, often using the medium as the message itself. The winners are a positive reinforcement of how brands are increasingly moving towards a sense of ‘purpose’ in their strategic thinking, and how their creative delivery can provide better representation, more impact and ultimately business uplift.”

Says Rob Reilly, global creative chairman, McCann Worldgroup: “This recognition would not have been possible without the hard work from our teams around the world and the trust that our clients have given us in representing their brands. To have the global media celebrate our work validates the impact that creativity can have on solving our clients’ biggest business issues.”

The Responsibility Grand Prix for cause-related work went to McCann New York for “Changing the Game”, its campaign for Microsoft’s Adaptive Controller for the Xbox, which enables disabled children to play video games.

The new PR Grand Prix was won by Scholz & Friends Berline for “The Tampon Book”. This highlighted the fact that tampons in Germany were taxed like luxury goods – at 19 per cent – while some genuine luxury goods were taxed at only 7%. The agency got around this by selling tampons inside books, which are taxed at the lower rate. Adding its voice to similar protests, the campaign was ultimately successful and the tax rate for tampons was changed.

The Alternative Grand Prix went to “Parisian Rendezvous” by Wunderman Thompson Paris, for a small concept store with an equally small budget. Dozens of the city’s popular app-located electric scooters were “borrowed” and parked outside the store, luring potential customers who often paused to shop. Creative director Thomas Derouault commented: “First of all, thank you very much to all the members of the jury who voted for us. This started out as a really small project. It pretty much was a case of ‘what can we do to attract the most attention to these shops with no money?’ It’s been a great ride to see our brave client follow us on this, the agency teams doing everything on their own, the public reacting so well to it, the police not fining us and the scooter rental companies not suing us. All of this makes us really proud to receive this award.”

The Digital Grand Prix was won by Ogilvy Germany with “No Need To Fly – Around the World In Germany”, for the Deutsche Bahn railway service. The data-driven campaign used algorithms to deliver images of far-flung exotic destinations alongside pictures of very similar places closer to home – and far cheaper to reach by rail.

Sweden’s Åkestam Holst won the Print Grand Prix for “Without the Whole Picture”, a collaboration between newspaper Expressen and newsagent Pressbyrån. It showed famous news photos with a vital element removed, thus distorting the story and demonstrating the value of on-the-spot photojournalism and press freedom.

Last but not least, the Film Grand Prix was won by advertiser Daimler for “Mercedes Benz – Bertha Benz”. The gripping film tells the story of Bertha Benz, who proved the worth of her husband’s “Patent Motor Car” by taking it on the first long distance journey ever attempted in an automobile: 180 kilometres from Mannheim to Pforzheim – and back.

This year Epica received 3410 entries from 61 countries. The highest number of entries came from Germany followed by France and the United States. We noticed an increase in entries from Georgia, Uzbekistan, Israel, Canada and China. New countries include Cyprus, Luxembourg, Armenia and Malta.

Founded 32 years ago, Epica is the only worldwide creative award judged by journalists from the marketing, design and advertising press, as well as specialist reporters in fields ranging from production to VR and luxury branding.

This year the Epica Awards were sponsored by ADOBE, THE CITY OF AMSTERDAM, EURONEWS, ONE YOUNG WORLD, SIZZER, ACT RESPONSIBLE and ADFORUM 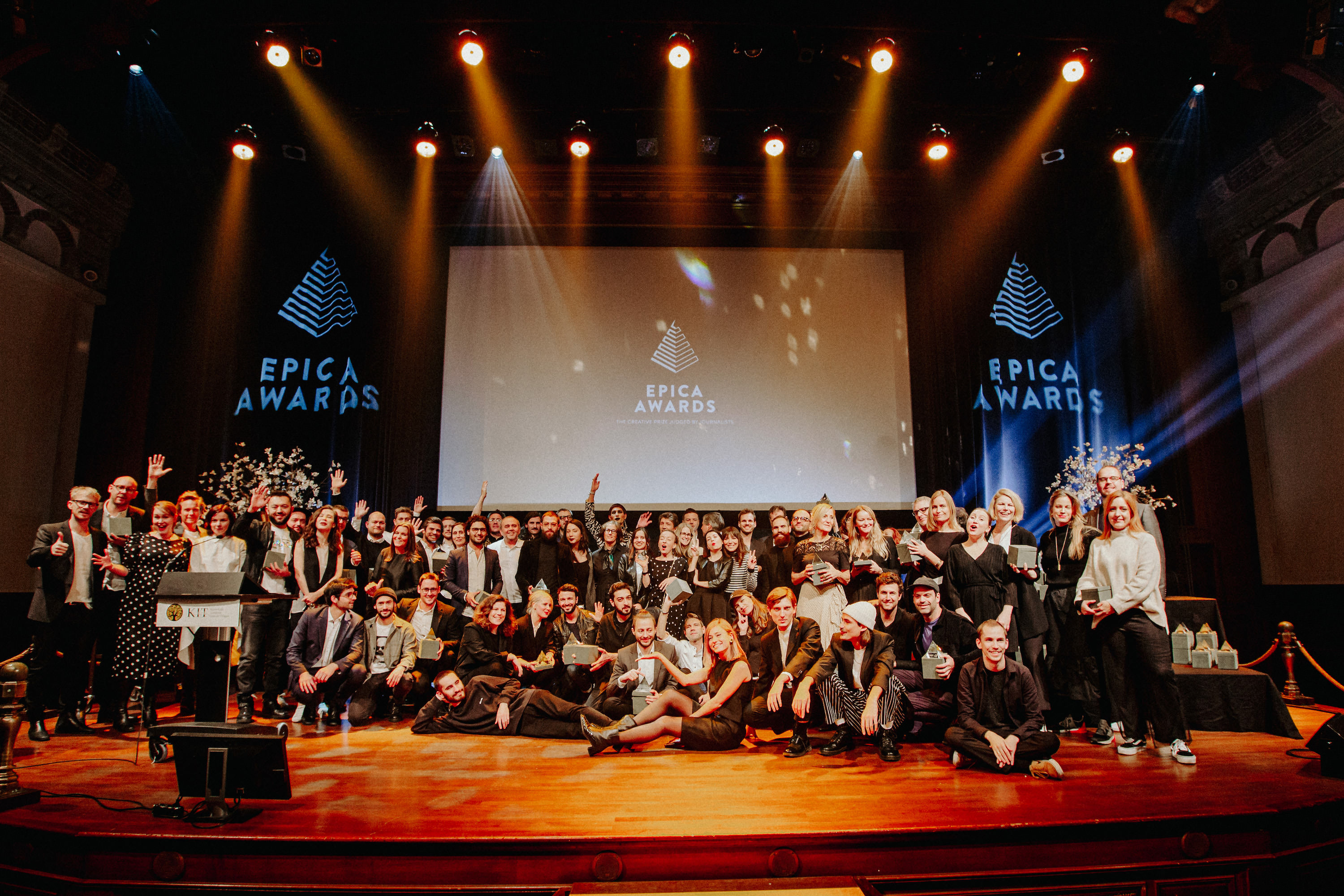