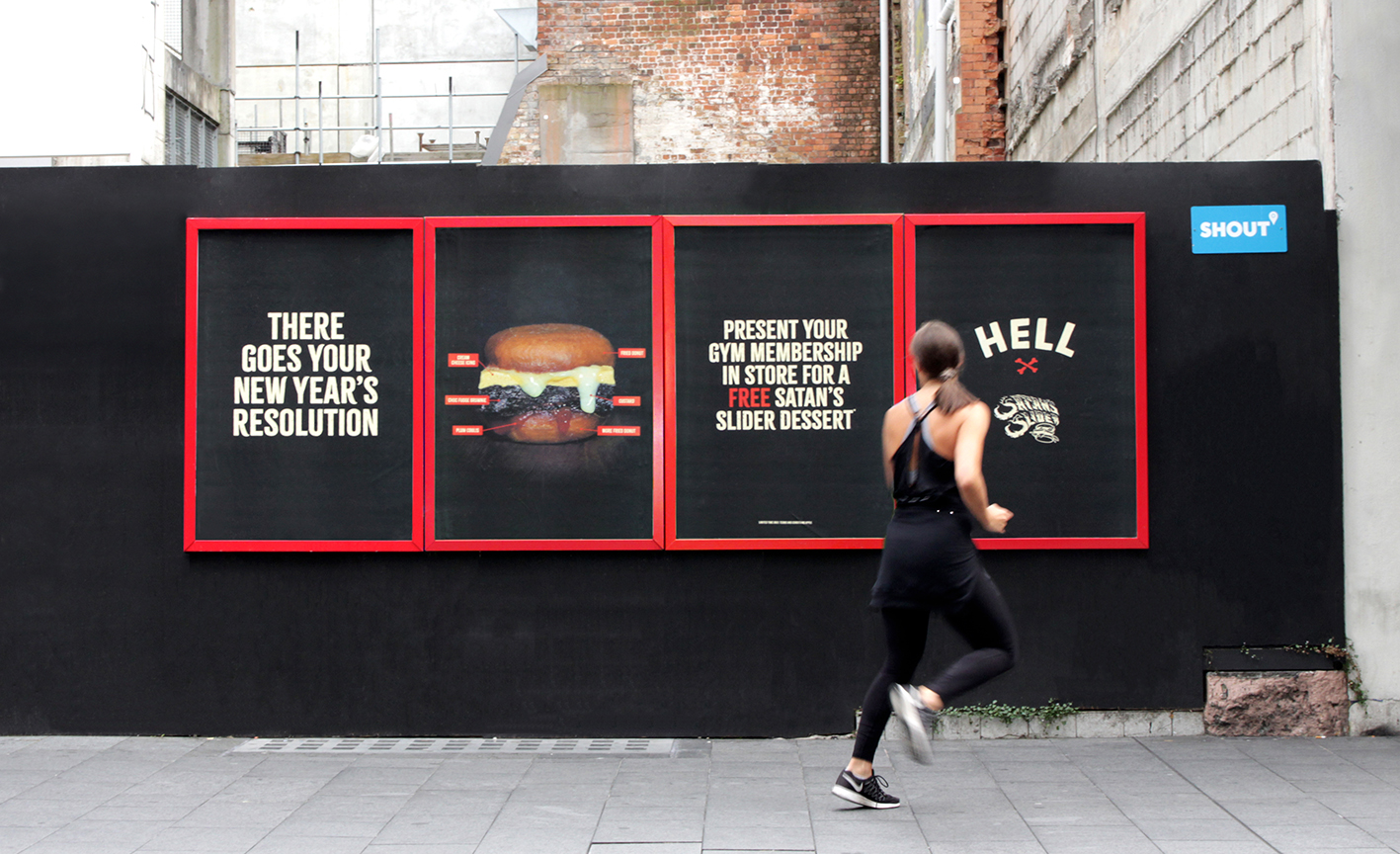 It’s that time of the year when people are trying their hardest to stick to the resolutions made on New Year’s Eve. But oaths sworn under the influence of a chardonnay or three, are sometimes easier said than done. Research shows that although about half of all adults make New Year’s resolutions, most are broken as little as two weeks into the new year.

Hell and its agency BC&F Dentsu have taken advantage of this psychological chink in our armour with a campaign for Satan’s Slider: a new ultra-decadent dessert featuring decadent chocolate fudge brownie in a deep-fried doughnut bun, with cream cheese icing, vanilla custard, and plum coulis.

Street posters and billboards have gone up near gyms in this crucial two-week period trying to tempt the less pious away from their New Year’s resolutions.

To add to the temptation, and heighten the shame, Hell is also offering a free Satan’s Slider dessert to anyone who can present a gym membership in store during the life of the promotion.

Says Murray Streets, managing director, BC&F Dentsu: “The road to Hell is paved with good intentions, so we thought we’d make it that bit easier for people to get there.”

Says Siang Tay, marketing manager, Hell: “While we sympathise with people who have failed so quickly, we’ve been very happy to facilitate the demise of many short-lived fitness fanatics and hand over a great number of dessert burgers to those who have chosen sin for 2020. We’re yet to come across anyone who has regretted this decision.”