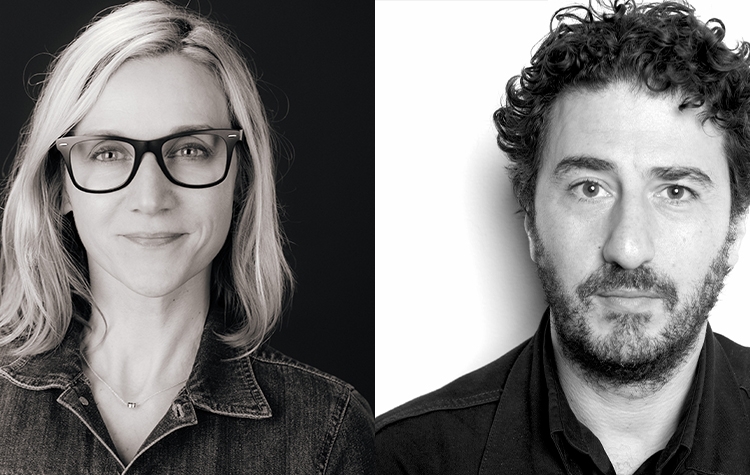 Be sure to come along and hear them speak at Axis Speaks on Thursday 5 March – more details to come soon.

Throughout Schreiber’s career he has constantly strived to explore and discover what marketing creativity is capable of solving for both clients and culture. As a result of this pursuit, his work has become incredibly varied in both shape and style, as well as helping him win ‘Best of Show’ at Australia’s most pre-eminent Award show (AWARD) a record 4 times – making him one of the country’s leading creatives. Julian has also been responsible for over a decade of globally awarded projects including the NAB ‘Break Up’ (Cannes & Spikes Grand Prix), The Four’N Twenty ‘Magic Salad Plate’, Chupa Chup’s ‘Splats’, Guide Dog’s ‘Support Scent’, Pedigree’s ‘K9FM’, Tourism Victoria’s ‘The Remote Control Tourist’, TripAdvisor’s ‘Hotel Cup’, Adidas Originals’ ‘Superstar’ and Go Gentle’s ‘Stop the Horror’ which succeeded in actually helping change the Euthanasia laws in Australia. Most recently he was responsible for the multi-award winning and publicly renowned Uber Eats’ ‘Aus Open Ambush’.

Having judged at numerous local and international shows, in 2019 Schreiber was very proud to be on the Cannes film jury. He is also proudly a comic book tragic, who is disappointed to discover that despite Marvel and DC comic movies now completely dominating cinema and mainstream culture, in no way has it made the fact remotely any cooler or useful. No one has yet been impressed about his knowing who Charles Xavier’s evil step brother is.

Born in Canada and raised by a single mum, Juliana Cobb grew up traveling through India and Nepal where, when she wasn’t living in a bus by the monkey-filled forests, she was living on room service and pillow mints at the Hotel Intercontinental. (It was… complicated.) She was constantly moving, even back in the states.

But being a perpetual outsider turned out to be invaluable. You learn to make friends quickly. And you develop an almost bottomless empathy. Cobb can’t remember a day in advertising that she didn’t lean on one or the other – and usually both.

A copywriting career that began in the digitally-charged San Francisco of 2001 taught her the power of an idea that comes through in a banner as easily as a longform film or real-life activation. It’s a skill which, since then, has led to award-winning work among a wide range of top brands, in agencies from the west coast to the east.

After joining Droga5 in 2016, Cobb’s been leading amazing work with brilliant people across a range of categories, from health supplements to meal kits to premium water to banking. Manhattan is home these days (in a bona fide apartment!) with a wee wild cat named Bean.