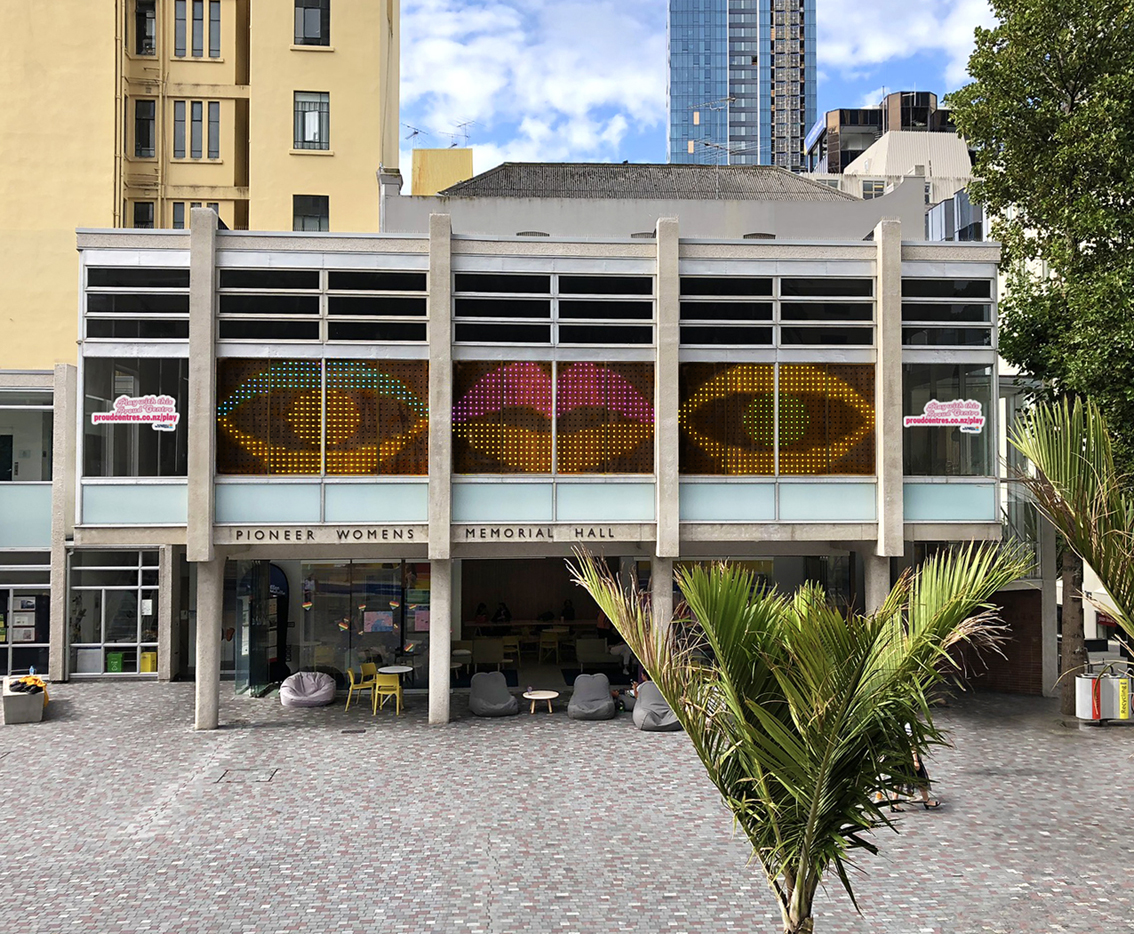 The interactive installation is to help the community celebrate Auckland Pride Festival 2020, while drawing attention to the Auckland Council initiative, Proud Centres.

Auckland Council chose RUN because of the depth and creativity the agency brings and was impressed with RUN’s experience and enthusiasm.

The activation is a series of interactive lights installed at the Ellen Melville Centre in Auckland City’s High Street. Huge light panels are controlled by a web app, allowing users to choose a graphic, colour it, then send it to the Centre’s giant windows, where it will be animated in lights, overlooking Freyberg Square.

RUN collaborated with Augmented Human Lab at Auckland Bioengineering Institute and Faculty of Creative Arts and Industries to make it all happen.

Says Laura Cibilich, co-founder and design director, RUN: “We wanted to create an interactive solution, so people were drawn to interact with it, not just look or walk past.”

The graphics include winking eyes and kissing lips to give it a little cheekiness and personality, bringing in the fun flavour of the festival.

Says Ella Mizrahi from Auckland Council: “We wanted to engage a wide variety of audiences throughout the festival, to connect with people while also making it accessible and fun. I’ve worked with RUN a number of times and love their approach to briefs, they always surprise and delight and come up with such unique creative solutions.”

Says Raymond McKay, CD, RUN: “The project is a nice way to support the rainbow community and also a cool project to kick off 2020.”

This is the second project the agency has collaborated on with Professor Suranga Nanayakkara, founder and head of the Augmented Human Lab, the first being a novelty stress relief app, BadGood, released at Techweek NZ last year.

The installation will be live for the month of February, with plans already underway to install it in other sites.