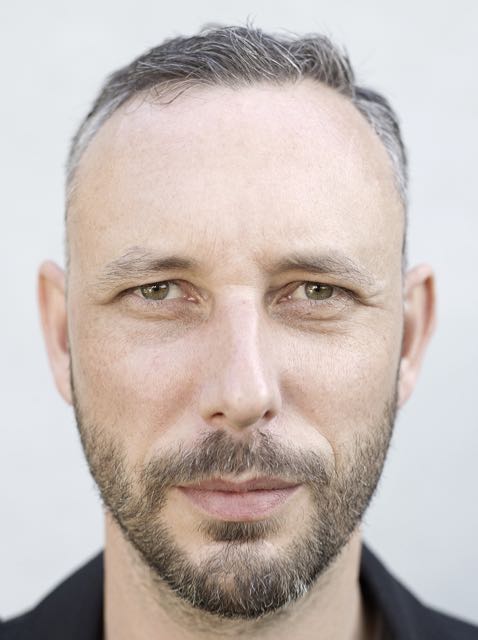 When Dave Brady first got into advertising, he was a pure as they came. Graphic design and posters were his jam and even to this day, he describes himself as a ‘visual addict’. But a few decades and a journey that’s taken him over 11,000 miles from his native England to New Zealand has seen Dave evolve into the kind of creative who loves to go deep and think laterally. These days, he’s creative director at Colenso BBDO in New Zealand, where he works on the likes of Anchor and Tiger Beer. LBB’s Laura Swinton caught up with him to learn more.

LBB: You’re originally English – what was your early career like and how did you end up in New Zealand?

Dave: I’m originally from North West England. I came over here in 2003, and before that I was in London for about 13 years at start ups. I was creative director of a little start up there called Tugboat. It’s a crazy town, London, when you’re trying to start something with 500 other agencies trying to scratch with the big boys. It’s kinda hectic.

We ended up picking up work for MTV, did a bit of work for Virgin Holidays, and ended up doing some work for New Zealand Lamb, funnily enough. And through that I got introduced to how amazing the production process is and the industry is over here. To see how collaborative everybody was and how easy it was to make work was a real eye-opener.

I came over and got work too fast – I wanted to learn to surf! I got work at FCB, which was quite sleepy at the time but just started to picking up awards for them, moved to DDB and got a few more, then moved to Australia for a while, at TBWA over there, and then came back to Colenso in 2015.

I’ve been on this side of the world for quite a long time and I love it!

LBB: And why did you get into advertising in the first place?

Dave> I studied advertising communication design, that was something I wanted to do. I love posters. I’m a visual guy, a visual addict and it was really poster design that got me into it.

You have a massive amount of information that comes with a brief and it’s condensed into that moment. Just that instant communication through a visual can do so much.

LBB: And how do you see that sort of visual, instant communication these days?

Dave> It’s an interesting time. I’m a classic poster and TV guy, but I think some of the most interesting work I’ve done is in the activation space.

But what I’ve really found interesting over the past decade is that I used to think that print was dying, but it’s just morphed into social, moving billboards in social feeds. Great art direction can still make you go ‘that’s cool, what’s that?’

I still remember a McDonald’s ad for fiery fries and it was just a chip dipped in tomato sauce like a match stick. Or something like the Samsonite Heaven and Hell poster makes you go ‘woah that’s cool’, and then the more you look at it, the more there is. Incredibly entertaining and quite a humorous story. From a distance it looks amazing but you can also spend a lot of time of it. That’s a great poster for me.

And in social, now, it’s that ‘thumb-stopping’ thing. If something’s great, they will spend a bit of time with it and investigate further, thanks to the connectivity of these ads.

LBB: Talking about activation, Colenso does a lot of really interesting stuff in that space. Projects that are entertaining but functional. As someone with their roots in design, how do you approach that?

Dave: We’ve just done work for Tiger Beer, which is an awesome outdoor campaign with an amazing photographer. We went to Bangkok and shot all these really cool DJs and influencers and rappers. It’s a new platform called East of What You Know, trying to open up peoples worlds beyond their social bubbles. We show people this amazing world of South East Asia that isn’t the backpacker world. Asia is an interesting place because it’s taken hip hop and skate culture influences from America and have evolved it using their own backgrounds and traditions to make something new. There’s a big surge of energy coming out of there but nobody really knows about it here. We spoke to things that people are already into but just a totally alternate version of it that’s really original.

We did this outdoor campaign with world class shots, but these days that’s just not enough. You need to do something deeper. We’ve invented a new product, we’ve taken bar snacks as an example. Bar snacks are salty, crunchy, delicious but what would be the East of What You Know bar snack? We’ve Eastern-ised the bar snacks. We’ve got peri-peri crickets, roasted scorpions, tarantulas. We’ve trialled them and people have just gone absolutely nuts for them. I think the tarantulas are particularly challenging! But some of them are actually quite good, the crickets are good. It’s not to shock people, it’s here’s a viable alternative. In terms of sustainable protein it makes a lot of sense.

That’s been approved for a much bigger roll out in bars here and in Australia. That’s what we’re trying to do with Tiger Beer is to open them up beyond a brand that just sells beer to a brans that sells an attitude. There’s limited edition prints, snacks now and hopefully we will develop that down the track to become more of a long term thing for them, to open them up to be more of a lifestyle brand. That’s kind of interesting.

LBB: Over the course of your career, what are the campaigns you’ve worked on that you’re most proud of?

Dave: I did one for Anchor Milk, which was interesting. Milk can be just a commodity but as a food it’s really interesting. We did a thing called X-Ray Casts for kids, to encourage them to get calcium when they break their bones so they can get their strength back. When the Colenso machine turns on and puts its foot on the gas it’s amazing what can get done. You could upload your X-Ray image to the Anchor website and we’d send a sticker within 24 hours and you could stick it on your cast. On the back there was a bar code, so if you went to the supermarket and scanned it, you could get your milk for free. Which meant if you were a Kiwi kid with a broken arm, you could get free milk.

We did a thing called Milk Slams, working with an English slam poet called Harry Baker, who’s a nutcase. He’s amazing. He’s a real academic, a real nerd, but he’s really into rap. He’d go into rap battles in London where people were talking about cars and money and he’d rap about algebra and stuff. Teenage girls stop drinking milk but it’s the best way to get calcium in your body. It’s not seen as cool, but it’s your teenage years are the crucial time to be drinking it. we had to get that across to teenagers. So we did Milk Slams; we got Harry to talk about the scientific properties of milk by doing these super cool slam poems. Continue reading on LBB…