Mercury has launched its latest brand campaign developed by FCB NZ, which calls on Kiwis to “kiss oil goodbye” and join the electric revolution.

The aim of the new campaign is to support a more sustainable future by encouraging Kiwis to break up with petrol and diesel vehicles in favour of the growing choice of EVs and other electric transport options.

Chief marketing officer Julia Jack says moving away from petrol and diesel cars is one of the most impactful changes we can all make to reduce our individual and collective impact on the environment: “It’s time to say goodbye to our old modes of transport because there’s a better alternative. We might have had a good time with oil in the past, but it’s time to move on.

“The electricity we generate and use in New Zealand is over 80% renewable and that’s growing. It’s a massive natural advantage we have over many parts of the world. We don’t need to be importing and burning fossil fuels for transport when we have better, healthier and cheaper options.”

The campaign is told through the lens of typical Kiwis who all have fond memories of their old vehicles but kiss them goodbye and then find freedom and happiness with new electric options that are right for them.

This represents an evolution of Mercury’s e-transport messages that began in 2014 and amplified with its ‘energy made wonderful’ brand relaunch in 2016.

Adds Jack: “We’ve strongly promoted e-bikes as a demonstration of electric energy made wonderful, and then we’ve busted some EV myths with stories told via Evie, our converted ’57 Ford Fairlane.

“This campaign isn’t just about talking the talk. We’re putting offers in place, incentives and ways to engage with our customers, and are refreshing our online presence with information that supports the movement to cleaner transport options.

“Among other initiatives, we will be extending our Mercury Drive EV-by-subscription service, and partnering with a global operator, JUMP, renowned for innovative e-bike and e-scooter solutions, to help more people test whether the change is right for them.

“E-transport is becoming ubiquitous. It’s now also about electric ferries, tugboats, trains, trucks, scooters and motorbikes, with air-taxis hovering on the horizon. So many forward-thinking Kiwi organisations are innovating in the e-transport space and there’s more choice to come.

“We know there’ll be people who can’t easily say goodbye to their internal combustion engine vehicles or don’t want to, and that’s okay. It isn’t about pointing any fingers; it is about opening the door a little wider to those who are ready to consider a change in habits, and to get a few more to that point of consideration.

“Through the campaign we want to show that while change might seem difficult, once you’ve taken the first step it can be wonderful and there’s a better relationship out there for all of us.”

Mercury’s creative agency is FCB, with whom Mercury collaborated with for its previous ‘Energy Made Wonderful’ e-bike, and its Evie (electric vehicle) campaigns.

The campaign’s television commercial was directed by Nathan Price and edited by 2020 Academy Award nominee Tom Eagles (nominated for his work on Jojo Rabbit).

Says Peter Vegas and Leisa Wall, creative directors on the Mercury account: “We love working with passionate clients and the enthusiasm the Mercury team have for electric transport is infectious. We set out to have a dig at big oil and we knew we needed a director who was up for the fight. Nathan and his team from Ruskin were the perfect partners. We’d be lying if we said no petrol cars were harmed in the making of this campaign. The casualty was a small pink beast who perished in the loving embrace of a machine called Judith The Crusher.”

The campaign has been supported by billboard and street poster marketing.

In conjunction with the campaign Mercury will be renewing its website design and content to support the electric revolution. 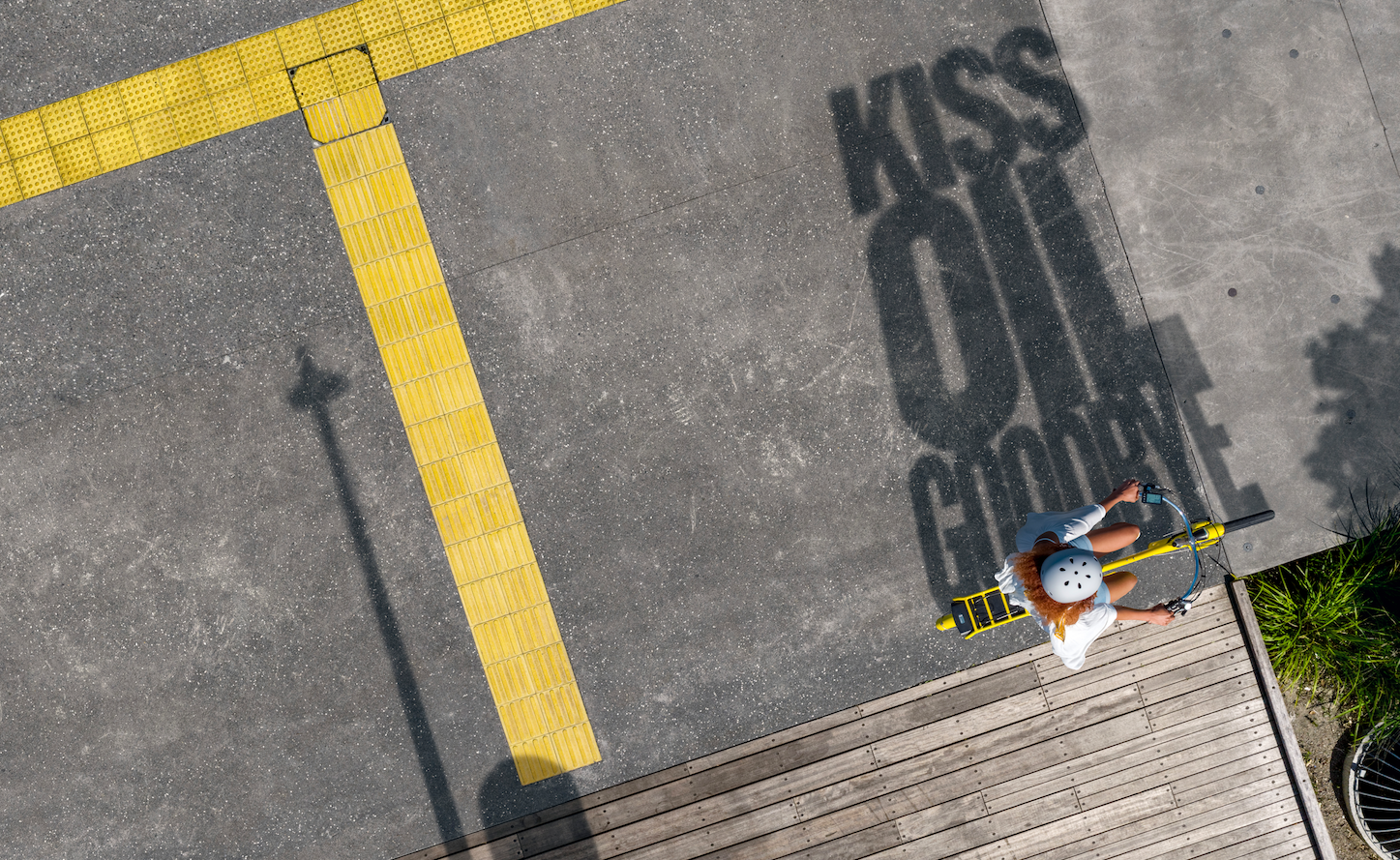