Spend My Super targets Superannuants in hard-hitting campaign via Contagion

New Zealand charity, Spend My Super and Contagion have launched a thought-provoking new TV commercial and online campaign this weekend with the objective of getting New Zealand superannuants to donate some or all of their pension money to children’s charities.

The eye-opening 30-second TVC, which has also been translated into Mandarin, Hindi and Maori, features rows of babies moving down a production line, with one in four being ‘rejected’ by a robot and shunted off-screen as if they are faulty products. The campaign is aiming to gain the attention of Kiwi retirees as it begins to appear on TV, digital, billboards, press, magazine and social media ads across the country.

Spend My Super and Contagion tested their ads with hundreds of over 65s and discovered that the combination of the hard-hitting imagery with the idea that they could really help was compelling.

Says Bridget Taylor, creative director, Contagion: “Putting beautiful, innocent little babies onto a cold hard production line was a big creative risk, but in testing, people told us that if there was a point to that; to show them how they could help solve the problem we were highlighting, then it was acceptable.

“This sort of investment and production level is usually associated with big brand launches like cars and given we are only targeting New Zealanders who are over 65, that means we can get this message to most of them at least once and have a good chance of making a big difference to the underlying problem of childhood poverty.”

The charity was founded by self-proclaimed Boomer Liz Greive, who was compelled to start the organisation after receiving notice of her eligibility for her pension.

Says Grieve: “Like most, I worked hard, but was fortunate in being well rewarded. When the letter showed up, I felt that it would make no difference to my life, but I knew that for a child out there it could make all the difference.

“My generation really did live through a remarkably successful economic period and many of us are now comfortable and able to enjoy our retirement. Happily, all New Zealanders are offered pensions, but given my circumstances, at a time where 1 in 4 children are being born into poverty, I personally wanted to use mine to alleviate the distress of a family living in financial poverty.

“Many who can help, want to help those kids, which brings us to the point of our campaign; to highlight the stark contrast that many children in today’s New Zealand face, through no fault of their own and because of different economic and social circumstances.”

Spend my Super brought the campaign to life at Takutai Square this Monday in a visually arresting PR stunt where 160 “babies” symbolic of the daily births in New Zealand, grabbed the attention of passersby, who stopped to read stark messages written on 40 of them – the latter representing the percentage of these children who will be born into poverty.

Spend my Super was founded in 2019 to help stop child poverty in New Zealand. The charity makes it easy for generous superannuants to donate some or all of their superannuation to carefully selected charities that are making a difference for Kiwi kids. 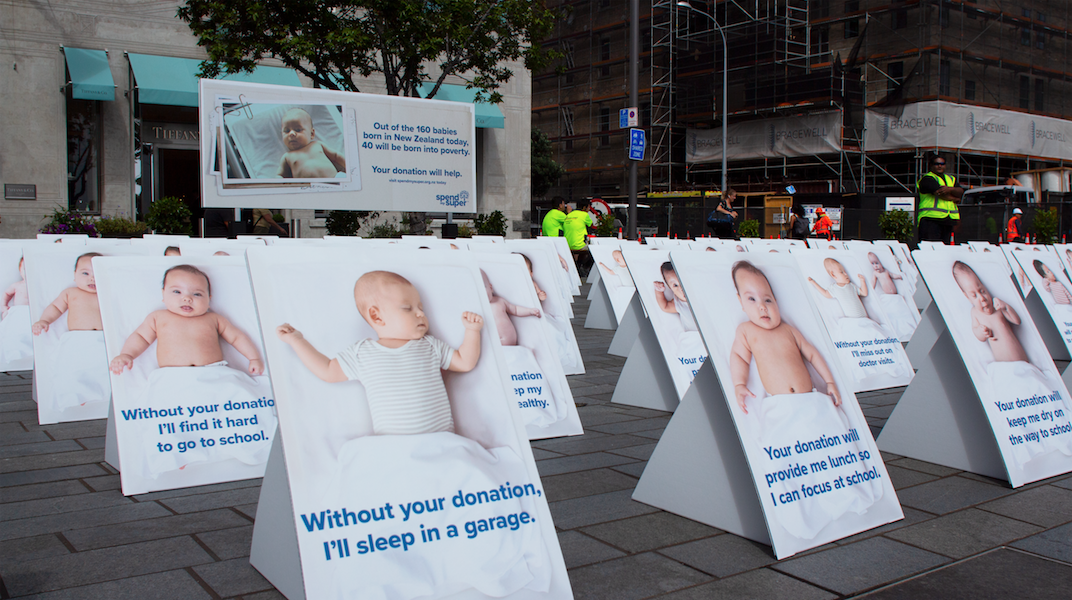 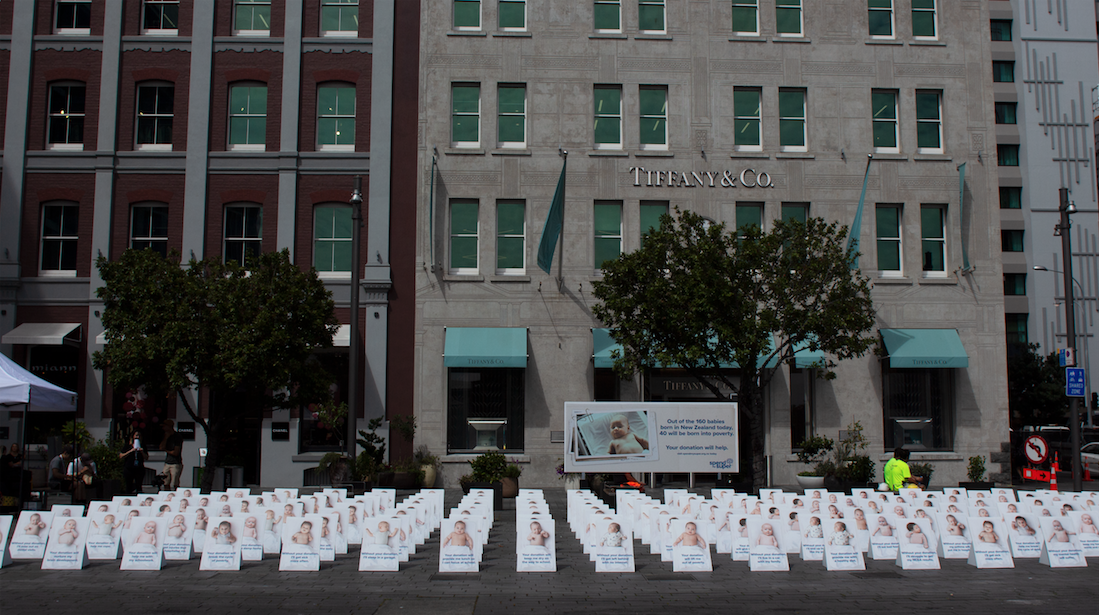