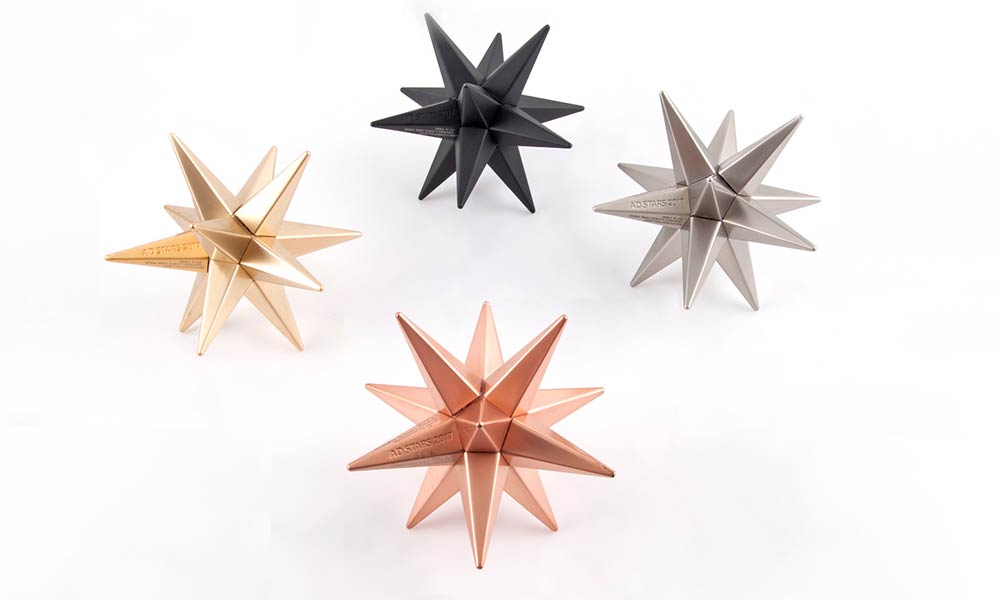 Ad Stars is now accepting entries free-of-charge to the Ad Stars 2020 Awards – the deadline is 15th May 2020. Now in its 13th year, Ad Stars is the biggest festival, awards platform and innovation hub for the global creative industries based in Asia.

Says Hwan-Jin Choi, chair of Ad Stars: “Ad Stars is unlike most other global events for creative professionals because our awards are free to enter, and parts of our conference is free to attend. We believe awards should be accessible to anyone – including independent agencies or production companies that don’t have money to spare for more expensive award shows.”

Located in Busan, South Korea, Ad Stars exists to support and promote creators all over the world, giving them a forum where they can share their work and raise awareness of game-changing ideas. The festival received 20,645 entries to last year’s awards from 60 countries, up slightly from 20,342 entries in 2018.

Says Melvin Mangada, managing partner and chief creative officer of TBWASantiago Mangada Puno and an executive judge at Ad Stars 2019: “Ad Stars is one of its kind because it chooses to celebrate great work that may not necessarily be seen in other shows.”

Says Joanna Monteiro, executive creative director, FCB Brazil, and an executive judge at Ad Stars 2019: “Like D&AD in London and the Creative Club in São Paulo, Ad Stars is a non-profit organisation. It has values that I admire, celebrating ideas that support and contribute to mankind. Not to mention that it’s an opportunity to meet amazing people from all over the world who also celebrate great ideas that make the world a better place.”

This year, Ad Stars will present its first Production Company of the Year award to the highest-scoring production company in the Film Craft, Print Craft and Outdoor Craft categories.

Ad Stars also has a separate category for branded content and entertainment called Video Stars, and devotes an entire category to Public Service Advertising (PSA). It’s free to enter all categories excluding the Innovation and Integrated categories, which cost KRW 100,000 (approx. US$90) per entry.

The 13th Ad Stars festival will run over three days from 20th to 22nd August, 2020 at BEXCO in the beautiful seaside city of Busan. The Ad Stars 2020 Awards ceremony will take place on 22nd August.

The Ad Stars Awards are judged in two phases beginning with the preliminary stage, which takes place remotely on 22nd – 28th June 2020. Thirty-five Final Judges will then travel to Busan, South Korea on 18th – 19th August 2020 to vote on the Grand Prix, Gold, Silver, Bronze and Crystal winners.

Established in 2008, Ad Stars has quickly emerged as one of the world’s biggest – and most democratic – international advertising festivals. The early bird deadline for the Ad Stars 2020 Awards is 15th May.

Ad Stars is now seeking jury and speaker submissions for this year’s festival. If you’re interested in speaking at Ad Stars 2020 or in judging the Ad Stars 2020 Awards, submit your bio before 29th February via the Ad Stars website.