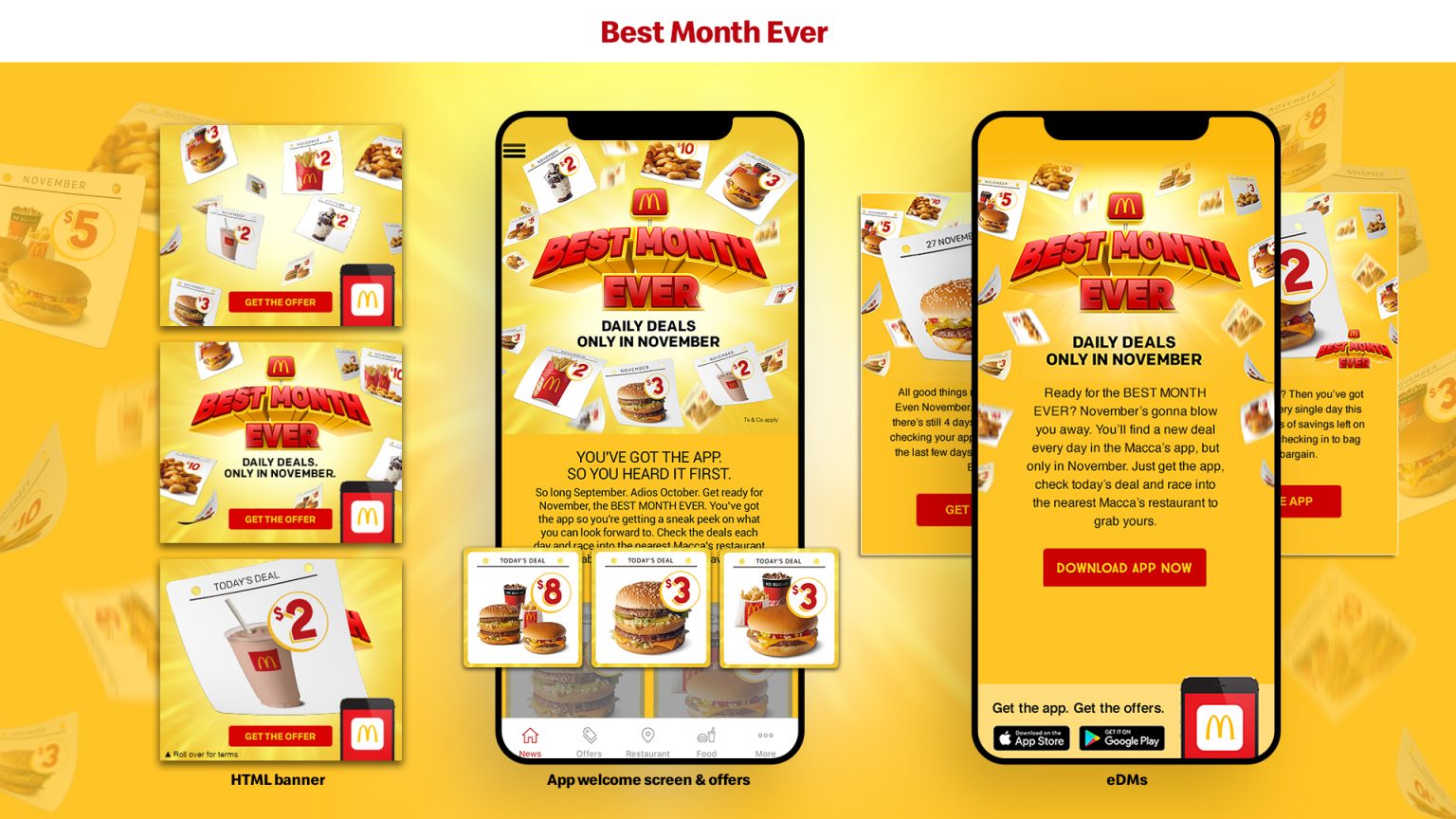 Last night the winners of the 2019 NZDM Awards were unveiled at a prestigious gala dinner held at Cordis, Auckland.

TRACK NZ and McDonald’s have emerged as the big winners of the night, picking up both the Nexus Supreme and the Grand Prix Prize for their transformational, customer-centric campaigns.

The judges said that McDonald’s should be recognized for a brave and successful campaign that delivered results on a large scale. By capturing customer data and developing segmented strategies to grow customer interaction, McDonald’s are now the ones to watch for clever marketing innovation in New Zealand.

Says Jo Mitchell, director of marketing, McDonald’s: “This is great recognition for the partnership we’ve built with TRACK NZ. The Macca’s app is the latest iteration of delivering convenience to our customers, and it is now a core part of our business growth.”

For TRACK NZ it was the agency’s best-ever haul at the NZDM Awards. Agency and clients made their way to the stage six times to take away the show’s most prized trophies.

Also in the limelight, TRACK NZ’s work with AAI scored a Gold and a Bronze, while its Westpac work was rewarded with 3 Bronzes.

Vanessa Morris from ASB was named this year’s Mary Robbins Direct Marketer of the Year for championing the customer within the banking industry. The award is named in honour of the late Mary Robbins who was instrumental in creating the NZDM Awards, or the RSVPs as they were known back then. Even after 30+ years, they remain a sought-after professional recognition in the marketing industry with around 500 guests attending last night’s gala dinner at Cordis, Auckland.

FlexiGroup was named the Keith Norris Direct Marketing Organisation of the Year, with the judges saying that they demonstrated all the attributes they look for in an organisation worthy of this award. In a highly regulated and competitive industry, FlexiGroup have achieved record growth results both in terms of revenue and customer growth.

FCB took to the stage numerous times during the night to collect gold trophies for their work with clients Mercury, Flight Centre and the Ministry for Primary Industries. Other gold awards went to TAB & Skinny Marketing, ASB, Les Mills International, MARS with Colenso BBDO, AA with partner TRACK NZ, Vitaco and Energi Advertising, and Fuji Xerox.

Kiwibank continues to scoop industry awards for last year’s I AM HOPE campaign fronted by Mike King, who was on hand to celebrate the win.

Says John Miles, CEO, Marketing Association: “This year, the NZDM Awards were a true celebration of the best in direct, personalised marketing driven by data and insights.

“Congratulations to all our winners and a big thank you to our platinum sponsors Loyalty NZ and Orangebox for their ongoing support of these awards.”