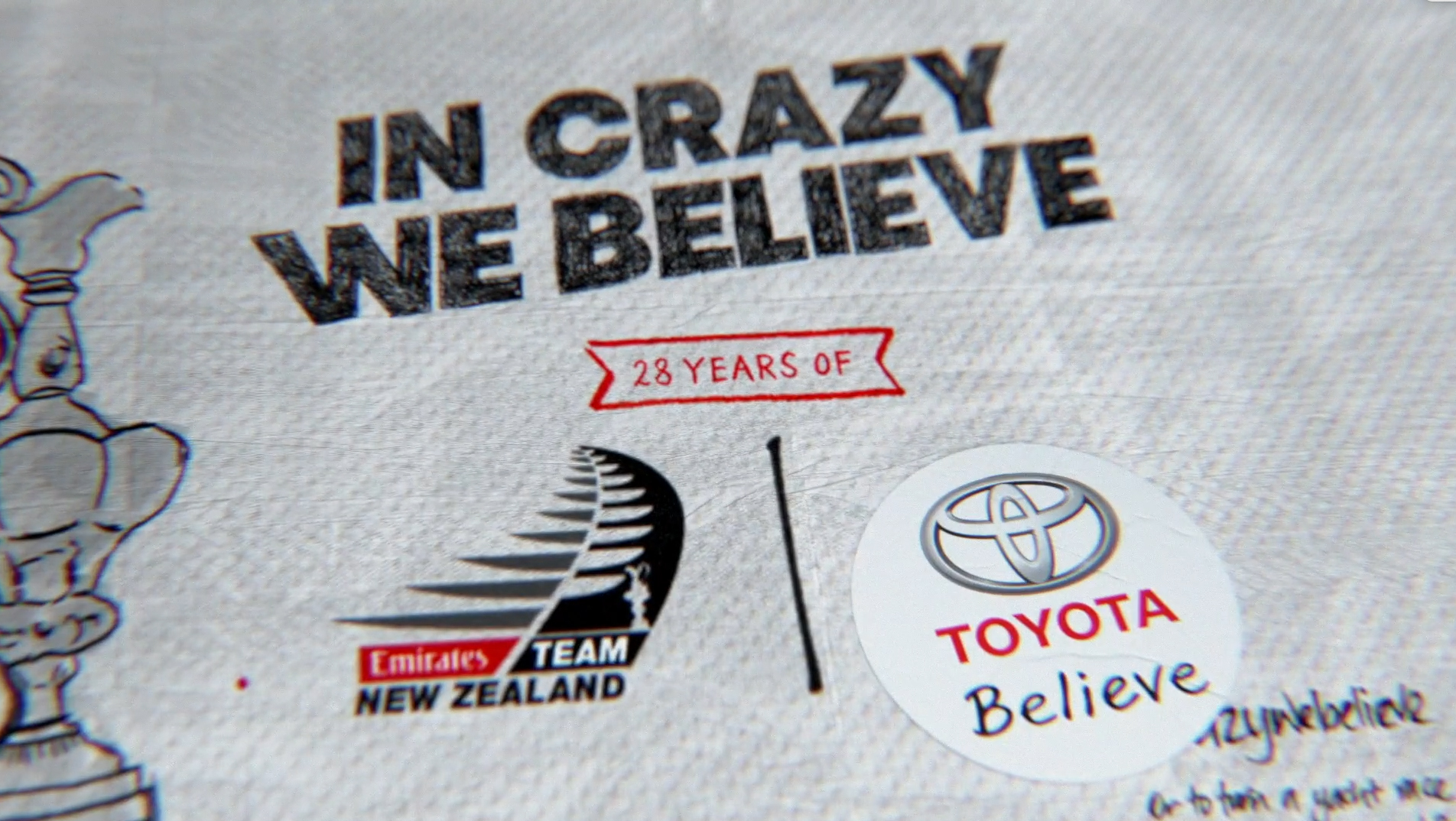 Saatchi & Saatchi has created a new campaign “In Crazy We Believe” to celebrate Toyota’s enduring support of Emirates Team New Zealand and their unwavering belief in the team. Eight pieces of content, created in partnership with Assembly and narrated by Emirates Team New Zealand CEO, Grant Dalton, will tell the story of the team’s epic journey of innovation, invention and the challenges they’ve overcome along the way.

From the first ‘plastic fantastic’ boats of 1987 sailing against Dennis Connor to the ‘cyclor’ powered AC50 catamaran of 2017, Emirates Team New Zealand has always found a way to innovate no matter how crazy the idea may have seemed to rival teams, the yachting fraternity or the public.

Says Corey Chalmers, Saatchi & Saatchi ECD: “New Zealanders are often referred to around the world as ‘those crazy Kiwis.’ It’s a sentiment that definitely applies to our America’s Cup teams throughout the years, with a proud history of innovation, daring experimentation, colossal highs and devastating lows. It’s all part of how we play, hence the platform idea ‘In Crazy We Believe’.”

Watch the first of the eight pieces of content here

“The animation style was devised with Assembly to show Emirates Team New Zealand’s creativity in progress, in a typically hands-on and fast-paced way. We also knew we would be using footage of various ages and quality so we needed to tell the stories in a fresh, unexpected manner.”

“Grant Dalton’s voice was the obvious choice to narrate each story – he’s as Kiwi as they come, a revered leader for Emirates Team New Zealand, and pretty straight up in the recording booth too!”

Says Toyota New Zealand’s General Manager of Marketing, Andrew Davis: “Our long-term support for Emirates Team New Zealand really comes down to the team’s willingness to try anything to make the boat go faster. We draw on that innovative and sometimes crazy Kiwi spirit and see strong parallels with Toyota’s own determination to make even better mobility solutions. The challenge for the Saatchi & Saatchi team was to be able to celebrate the longevity of our partnership with Emirates Team New Zealand and they have brought this to life perfectly. It’s great to be able to share some of the highlights of the incredible journey through this campaign.”

The campaign will run over the next year across TV, Digital Video, Social and Cinema.