For many Kiwi families living in poverty, accessing enough food to feed the family is a daily challenge. DDB New Zealand has teamed up with KidsCan to create a confronting campaign that gives the audience a heartbreaking glimpse into the reality of many New Zealander’s scrambling to put food on the table. In the weeks since the campaign launch, the need to support Kiwi kids in struggling families has become much, much greater.

Through a series of 45” spots, DDB New Zealand uses a handful of renowned Kiwi chefs including Nadia Lim, Peter Gordon, Allyson Gofton and Michael Van de Elzen, who in their own cooking-show-style prepare what at first seems to be a healthy signature meal.

The upbeat energy of the TVC comes to an abrupt holt as the meal in preparation is revealed, a somber dish based on true stories from Kiwi families and children living in hardship.

KidsCan’s founder & CEO Julie Chapman says that all Kiwi kids deserve to have a proper nutritious meal, however this is not the reality for many families living below the poverty line – now more than ever: “This campaign represents the growing number of parents struggling day-to-day trying to provide for their families. Through donations, KidsCan is currently feeding over 34,000 children but as we see more Kiwis losing work due to COVID-19, there has been an overwhelming increase in need. We can only make a difference in these children’s life with the support of kind Kiwis.”

The spots follow Nadia Lim cooking “red soup”, the leftover water that cheerios have been boiled in; Peter Gordon who cooks “beef ragout”, a mix of only boiled water and mince; Allyson Gofton who makes tomato risotto, with just rice and tomato sauce; while Michael Van de Elzen’s “Bouillon de Poulet” is a chicken frame boiled in water.

DDB executive creative director, Gary Steele says that the challenge was to create a call to action that resonated with all Kiwis: “The message needed to be disruptive and raw, really hitting home that every day in New Zealand, children will go hungry unless we all work together to donate and generate change. We want the campaign to educate and unify the nation, we need to look out for one another.”

The campaign rolled out in 4 x 45” spots, supported by print, digital and social. 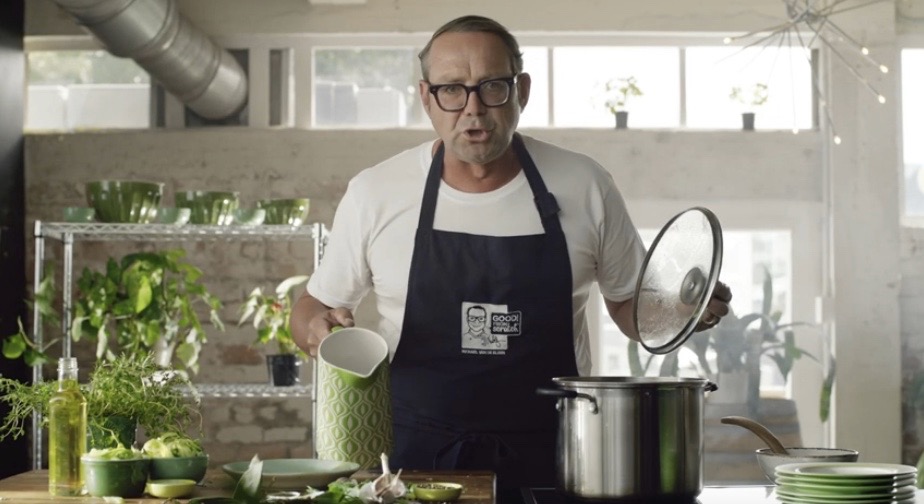