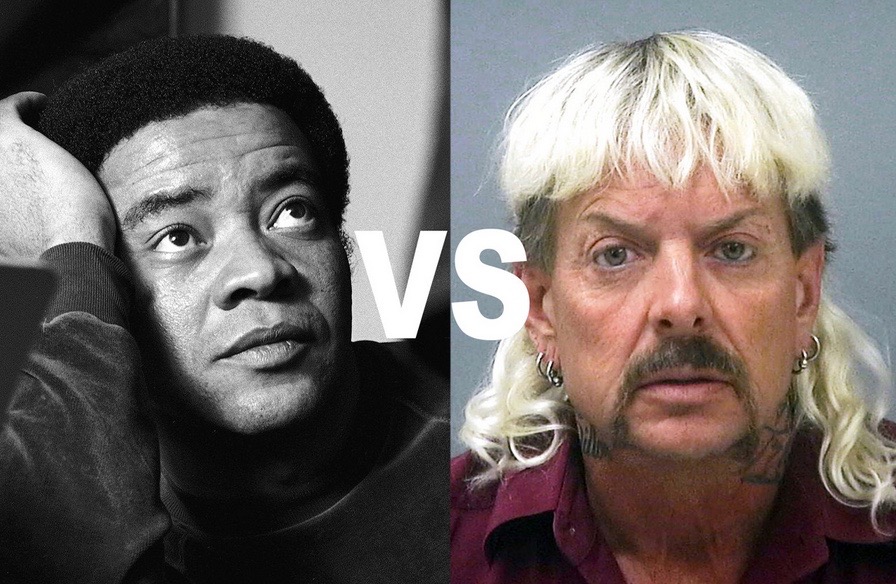 It is always going to be a strange week when Tiger King appears and Bill Withers disappears.

If we put the global pandemic to one side (now there are words I never thought I would write) I felt the universe was sending us all a message. Also, I am in lockdown. I need to write about something different to stay reasonably sane.

Let’s start with Joe Exotic. If you haven’t watched Tiger King on Netflix do yourself a favour, watch it. It really does defy explanation. Here we have a human car crash who would do anything and I mean anything to be famous. Whether he was a close facsimile of a country and western star, a sequinned zoo keeper or a vastly unsuitable nominee to be President of the United States, he just wanted fame. In fact, if he had any talent it was constantly spotting an opportunity to be famous. I would say this quote sums him up perfectly.

And the sadness in all this was you recognise that old story you have seen a thousand times. Somebody thinking that fame is a substitute for love. Our obsession with it all is because even though it is a crazy, warped, insane mirror, it is a mirror where we recognise our darker selves. We say he is crazy and don’t understand him. But we sort of do. And maybe, we even like him a little for his brutal, honest, relentless ambition.

It reminded me of a conversation I had with a friend. It was about his teenage daughter. His daughter had told him she wanted to study drama after school. He asked her if it was because she wanted to be an actress. She replied, no, I just want to be famous. This is the mantra of Joe Exotic. You don’t need talent you just need to be famous and everything will be fine. This has become our culture. Strangely, that all changed with the pandemic. All of a sudden what your talent is has become way more important than your fame. What you can do is how you are judged.

Which brings me nicely to Bill Withers. This is a man who was born in a small coal mining town called Slab Fork in West Virginia in 1938. I think the name alone tells you the odds he faced. Dirt poor and born with a stutter his father died when he was just 13 years old. He joined the navy when he was just 17 and served for 9 years and this is where his interest in writing songs began. He would go on to write some of the greatest songs ever written. ‘Ain’t No Sunshine’, ‘Lovely Day’, ‘Lean On Me’ and ‘Just The Two Of Us’ just to name a few. And then, in 1985 at the age of 47 he refused to re-sign a record label deal. He had become disillusioned with record executives that he termed ‘blaxperts’ who kept telling him how he should sing and what he should do. He never sang or performed again. He ended his career on his terms and walked away.

I read an article the other day where somebody was quoted as saying that she didn’t know who Bill Withers was but she knew all his songs. And that says it all doesn’t it? We will remember Joe Exotic for a while. Maybe 6 months or a year. And then he will be gone. But, almost 50 years later, we still remember ‘Ain’t No Sunshine’ from a man who made himself disappear 35 years ago. A man who didn’t need fame but had talent.

What I do know is which one lasts.

Thanks for the songs Bill.