A Message from Australia: “We Need to Keep Believing in the Power of Creativity” 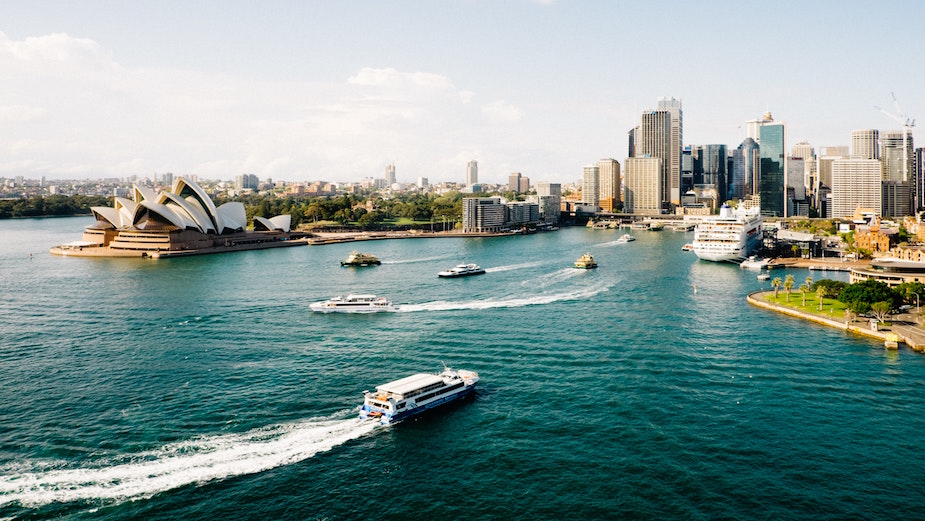 Aussies are renowned for a laidback attitude, but their response to Covid-19 has been anything but relaxed. LBB’s Natasha Patel finds out from agencies about the changes in the industry.

With recent news that many of Australia’s biggest publishers and media owners have halted production or asked employees to take pay cuts, it seems that the effects of Covid-19 are going to last a long while yet in a nation famed for its positive outlook on life. But how do the country’s agencies feel about the pandemic and the road ahead?

When the lockdown first hit Australia, many across the globe were shocked at scenes of thousands sunbathing on the country’s beaches. The lockdown that followed was sudden and severe – and as a result the country has kept tragic Covid-19 deaths down to 96. Then, just last month there were reports that one of the country’s most iconic beaches, Bondi in Sydney, was reopening to visitors – an extremely significant step in the face of changing the mood of the country.

Digitas Australia’s CEO Adrian Farouk explains that the beach is only open for exercise between 6- 9am, and adds “we are a long way from people spending lazy weekends on the beach in their bikinis again”. Creative partner at Coffee Cocoa Gunpowder, Ant Melder says that the initial sight of those on the beach was eye-opening and embedded the importance of lockdown deep in the collective psyche, but adds that now the mood of the country is “one of trepidation and gentle optimism”.

As the country tentatively lifts restrictions, Clemenger BBDO together with partner agencies, Hall & Partners and Quantum Market Research, are following the shifts in public sentiment with the AustraliaNOW report. They’ve been tracking hundreds of Australian residents on a daily basis to get a really granular understanding about how people feel about the Covid-19 outbreak.

Clemenger BBDO Melbourne deputy CEO, Simon Lamplough explains: “It’s helped us partner with our clients and develop tactical opportunities in this rapidly changing landscape. We’ve definitely seen Australian attitudes shift from feeling worried and anxious to more recently coming to a sense of things feeling normal, and things like Bondi opening are symbolic on a national level and have no doubt fed into that greater sense of wellbeing.”

Within the advertising industry, one factor that has helped lift moods has been the fact that people are now able to get work made and have found a rhythm. As people get used to working from home and have addressed initial hiccups, there’s a greater sense of proactivity initial anxieties have been overcome. Simon says that the first couple of weeks were a “shock to the system”, but adds that his initial scepticism to working from home have been “completely unfounded”. Saatchi & Saatchi’s general manager Toby Aldred believes that by adapting to working from home, conversations with colleagues are becoming “more open and less defensive”. He explains: “In many ways the removal of body language and posturing from being in the same place is allowing better decisions to be made, that focus on the work.”

While Farouk jokes that he is able to do is job more in isolation than he ever did in the office, he says that the flexible working has allowed the company to use the Publicis Groupe’s Power Of One Model. This gives the team access to a host of freelancers across ANZ which has had a positive impact on work and meant that the quality of output has “remained exceptionally high”.

But what of production restrictions – of which there have been many? Laura Aldington, CEO of Host/Havas tells us that, like so many others parts of the world, there has been a rise in remote shooting but also found other ways to create campaigns. “Animation has proven an attractive solution for commercials in this situation, and fortunately, Australia is well stocked with the facilities and skills to deliver these projects remotely. Live action directors are working more closely with animators to shift how the ideas are brought to screen.

“Interestingly, it seems project development of local documentary and feature films has increased, with producers and directors taking the opportunity – and government funding – to work up projects ahead of a relaxation of restrictions, which hopefully shows signs of hope for the mid and longer term outlook”.

Saatchi & Saatchi’s Aldred says that he hopes elements of remote shooting are here to stay, “It’s broken down some of the ‘mystique’ and control surrounding production and I expect some of the practices will be continued going forward.” He predicts that remote working, shooting and meetings with “a little less ego” will be trends to emerge out of lockdown.

By hook or by crook, work is being made – but how will the industry celebrate it? Aldington touches on a topic that has been put on the back burner right now: award season. Many award ceremonies have been postponed or cancelled altogether and she calls them a “surplus to requirements”.

“During this time, awards – or more specifically, the associated costs of awards – have felt somewhat surplus to requirements – indulgent even. It was one of the first variable costs most agency networks immediately removed from their budgets.

“Is our industry’s fervour for shiny metal so deeply entrenched that it’ll be ‘business as usual’ on the flip side, or will some people question the value of this investment when pitted against ‘people’ costs, especially amongst those who might have taken personal financial hits during this period?”

Going forward, Clemenger BBDO’s Lamplough thinks that doing less with more is here to stay, particularly as clients in many sectors like hospitality and airlines have taken a major financial hit.

He adds: “We need to keep believing in the power of creativity and keep proving the commercial impact that creativity delivers for our clients. At Clems we are embracing the attitude of Walmart founder, Sam Walton, who, when asked about recessions said, ‘I thought about it and decided not to participate’. We believe we have the right people, the right capabilities and the right mindset to keep doing well, despite the economic conditions.”

Navigating the coming months, it’s not just client confidence that agencies have to be sensitive too – consumers will likely emerge from lockdown with a host of new behaviours and a reluctance to spend lavishly, Digitas Australia has already started their research by creating the Crisis Response Insight Studio. Farouk adds: “We are combing four datasets measuring geolocation, digital behaviours, attitudinal data and real-time sentiment to form a view of current behaviours, by suburb and by audience type. We can look at this now, whilst still in lockdown, as a baseline while tracking the changes as we move into the different phases of recovery over the next six months. In doing so, we hope to be able to provide immediate intelligence to our clients when they need it, so they can form their own view of the post-Covid futures relative to them as they happen.” Continue reading on LBBOnline…