With Cannes Lions and LIA postponed until 2021, Campaign Brief is still out to recognise and showcase the great work that is being produced in the region. So we are introducing The Work 2020 Contenders.

Spark: Wedding
Advertising Agency: Colenso BBDO
Production Company: FINCH
Director: Christopher Riggert
It tells the story of the months leading up to a wedding. An already emotional time is complicated by the sudden hospitalisation of the bride’s father. As it unfolds, the film looks at the powerful connection between a father and daughter, their shared optimism, and a wedding gift made possible by everyday technology.

Spark: Generation Voice
Advertising Agency: Colenso BBDO
Production Company: FINCH
Director: Christopher Riggert
The campaign shows the adorable revolution that ensues once a nation of curious kids begin fact-checking information that, to previous generations, would have been challenging to answer. In the 60 second launch film, we see kids quizzing voice assistants for answers to some of the biggest questions – like will vegetables really make me taller? And can a stork really carry a baby?

BCF: Be A BCFing Expert
Advertising Agency: The Monkeys
Production Company: FINCH
Director: The Bobbsey Twins
The campaign evolves the familiar “BCFing” song to tell the story of one family’s disastrous camping holiday. On the trip they encounter ferocious possums, poisonous berries, and marshmallow mishaps, before deciding to visit the experts at BCF for some help. 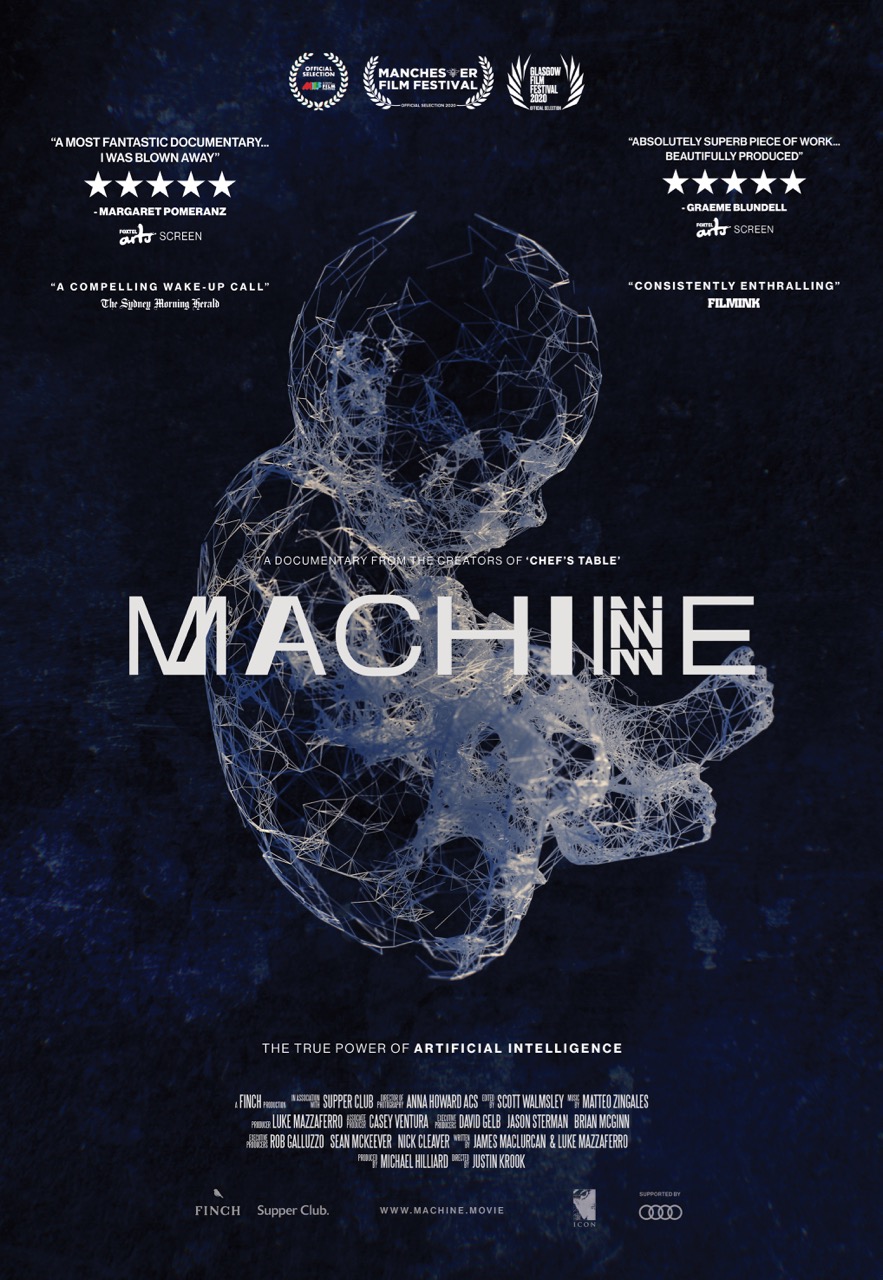 Audi: MACHINE, a documentary
Advertising Agency: 303MullenLowe
Production Company: FINCH
Director: Justin Krook
From the creators of Chef’s Table, the feature documentary MACHINE is an exploration of identity, creativity, and humanity, as we grapple with Artificial Intelligence and our place in a world where machines appear to be smarter than humans. The documentary, supported by AUDI, premiered at the Melbourne International Film Festival in August 2019, and was distributed by Icon Films in cinemas across Australia in December 2019. The documentary will have its television premiere on SBS VICELAND on June 28th at 8:30pm and will be available to stream on SBS OnDemand throughout July.

United Nations Development Programme: The Lion’s Share
Production Company: FINCH
The Lion’s Share continues o focus on continued conservation efforts on the ground to ensure programs and investments are progressing during this time. There has been progression in signed brand partners :Gucci, Cartier, Lacoste, Guinness World Records, the Kering Group, Madewell, IAG. Media partners include: The Economist, The Guardian, JC Decuax, CNBC, Deutsche Welle & Marie Claire, and in January this year, Edelman became the PR, marketing communications and social media partner for The Lions Share. In December 2019 and January 2020, The Lion’s Share Fund issued two grants to support Australian wildlife that were destroyed by the large scale fires destroying Australian ecosystems. The grants included the purchase monitoring equipment and re-foresting a predator-proof refuge for the Kangaroo Island Dunnart. This is a critically endangered, mouse-sized marsupial endemic to the Kangaroo Island. The species is facing extinction due to the bushfires (approx. 300 individuals existed prior to the fires that have now burned the vast majority of its habitat); Another grant was issued for the support of emergency wildlife services by co-financing the construction of a veterinary bus and the purchase of rehabilitation aviaries for the transport of injured wildlife (including birds, reptiles, marsupials and small mammals) across New South Wales (the most heavily impacted Australian state). In April 2020, the fund made the decision to issue small grants under the title Resilience in Wildlife Community Grants to support initiatives in communities dependent on wildlife-based tourism. The proposed small grants (US$ 20,000 – 50,000 each) will be disbursed to non-profit organizations in developing countries seeking funds to demonstrate innovative local-level action to increase resilience and well-being of communities against external shocks such as pandemic crises in wildlife rich areas. Since releasing this opportunity on the 18th of April on The Lion’s Share social channels, 400 grant requests have been sent during COVID-19 lockdown. 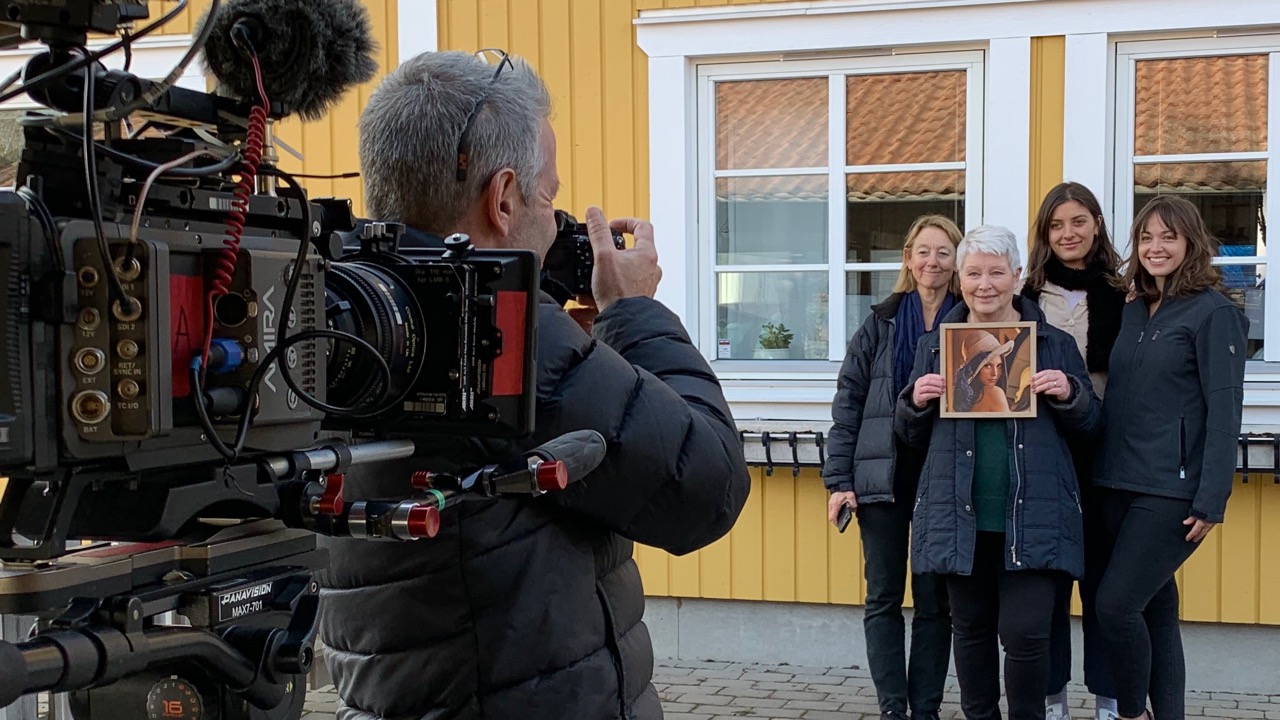 Creatable X Code Like a Girl: Losing Lena
Advertising Agency: Clemenger BBDO
Production Company: FINCH
Director: Kyra Bartley
In the 1970’s, some students at the University of Southern California used Lena, a Playboy centrefold, to test their image processing algorithms. This research laid the groundwork for the JPEG. The film explores the story behind the real Lena, now referred to as ‘techs original sin’ and how blind spots like the use of Lena can be avoided. As well as the broader conversation of evolving gender diversity and the role of women in tech.

The entry deadline for Campaign Brief’s The Work 2020 has now closed. Entries are FREE with only an acceptance fee charged for those that make the cut.