Making Sense of Agency Production and Partnerships in 2020 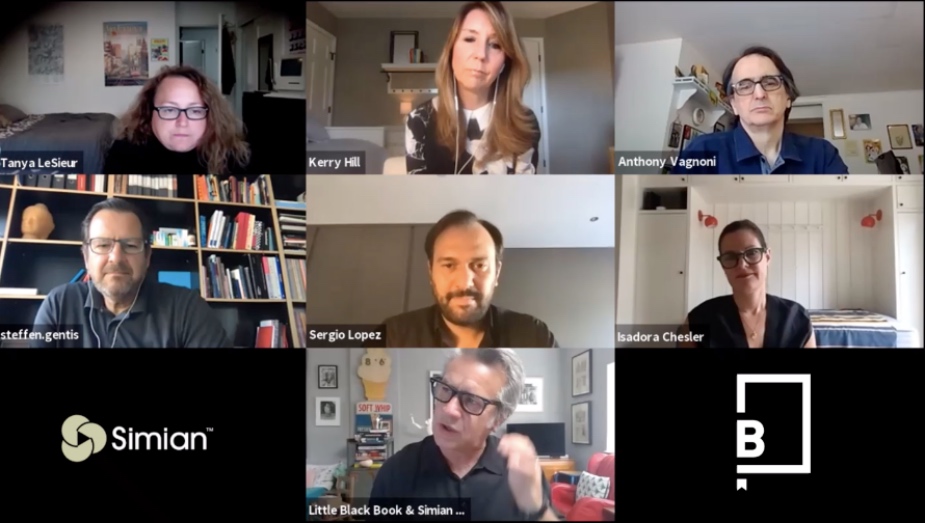 Top agency heads of production in the US and Europe joined UK-based Matt Cooper, Little Black Book director/owner, and media sharing and asset management platform Simian, to break down the modern production department and how they’re really looking to work with partners.

“One of the biggest components of any production strategy is the first decision: make or buy,” says Steffen Gentis, quite matter of fact. The chief production officer of BBDO Germany is joining four other senior agency producers from around the world to discuss the realities and complexities of modern production. According to Steffen, while the traditional agency production department was essentially a ‘purchasing department’, buying in skills and talent for projects, these days integrated production departments make a lot of stuff in house. “Going from a buying state of mind to a making state of mind is a really healthy switch. You discover a lot of things about your idea when you start making it yourself.”

The shape of the modern production departments has changed drastically and even the assumption that Swiss Army knife producers alone would be enough to meet the complex needs of clients.

“It’s been a journey; it hasn’t happened overnight – I think all of us on the panel have been long enough in the business to have tried a fair share of things, back when you were looking for unicorn, integrated producers,” says Sergio. “I think the biggest shift was telling television producers that it wasn’t a TV-led world anymore and now they were going to have a lot of friends and everybody was going to play together. Some campaigns would be TV-led, some campaigns would be digital-led, some campaigns would be influencer-led. We’re lucky with the new generation and the way they’ve been educated. They grew up on smartphones and they don’t understand why there’s an entire department that takes media and another that takes photos.”

Kerry picks up on that change and explains how FCB has used a studio model to bring together strategically-minded producers with specialist talent. “We tried a number of ways to integrate production across channels and what we’ve done is bring experts into the agency and build that production studio, so they’re sitting next to that agency producer. And it is a hybrid really, of talent, where you have the agency producer who is trained in more traditional production because there is a need for those people and that strategic approach, but they’re partnering with an internal studio that can capture content, can post, can advise on VFX, that understand getting content across channels under a budget. Once we have that team we can plug into external partners and vendors more readily.”

These new ways of working mean that agencies think differently about how they work with independent production companies and outside partners – not all jobs follow the regular production process and there’s a lot more variety from project to project. Some might be produced entirely in-house while others need outside partners brought into the conversation even earlier. And that means for production partners looking to sell their talent and capabilities into agencies, the old way of simply sending out reels doesn’t fit with the way modern agencies are set up internally.

“I just see us as problem solvers and whether the talent within our own teams are able to solve that or not or whether we need to go outside is another question. It’s really about seeking out talent in a whole new way. We’ve had our reps in the US, who have traditionally been our source of how we find people and now the variance of all these different projects and scope of projects big and small and the reach varying between each one, we’ve had to really go beyond. We cannot rely on influencer agencies or reps, we have to really dig in ourselves and find makers on social channels who are doing things we like. And they might never have worked on a corporate account or with an agency. We approach them and teach them how to work with us.”

“We’re pretty self-sufficient in our internal team. We rely on external partners more than ever and we really need to understand who is capable of doing what so we can amplify these expertise for our clients and get to solutions quickly. If we’re not seeking out that information and are aware of it, we’re behind. So we need to understand what people are doing, what they’re good at right now, who we can partner with and trust,” says Kerry, who also shares that Zoom meetings and screenings during lockdown have been particularly useful in that regard.