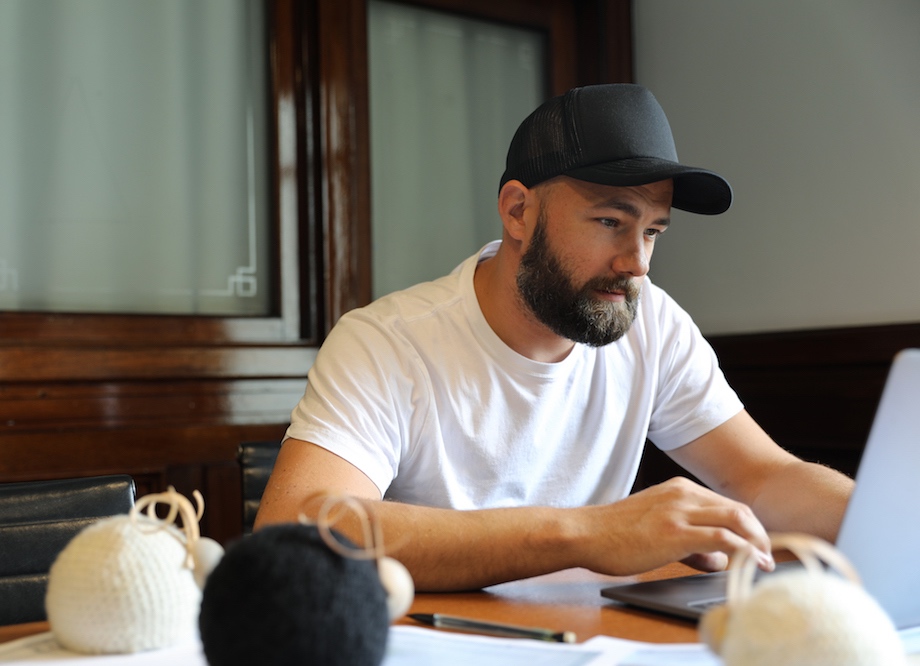 TBWA\NZ has announced Wiktor Skoog as creative director of TBWA\MAKE.

Hailing from Sweden, Skoog will lead TBWA\MAKE, set up to deliver creative product design, partnerships and long form content creation for the group.

Wiktor’s work with TBWA\NZ has already led to the delivery of a range of disruptive and award winning work, as well as a number of upcoming tech projects and TV properties launching over the coming months locally and globally.

Wiktor was the design creative director behind ANZ’s Mr Humfreez, which recently won D&AD’s only Australasian Yellow Pencil. A Smart Sheep designed to raise awareness of what a healthy home looks like, Mr Humfreez is powered by the science of nature and sustainably made using wood, wool and ink. His hygroscopic horns absorb moisture and fully unfurl when the humidity levels exceed 65% and his nose is painted with thermochromic ink that turns blue when the temperature drops below 18°C – standards set by the World Health Organisation for a healthy home.

Up until recently Skoog was working in a shared role as creative products director across TBWA\Melbourne and TBWA\NZ. In this role, he helped make front page news globally working with TBWA\Melbourne and TBWA\Chiat Day NY to promote the UN’s sustainability goals. The team created the flotilla that greeted Greta Thunberg’s arrival in New York, each sailboat that greeted Greta represented one of the Global Sustainable Development goals.

Prior to joining TBWA, Skoog was at Grey London for over five years and led the creative output of Volvo Cars UK, including the award winning Volvo Lifepaint campaign. A safety spray paint product for cyclists and runners that became an official spare part at Volvo.

A creative, planner and renegade, Wiktor holds an engineering degree from the Swedish Royal Navy and before entering advertising was an entrepreneur for ten years, counting a gaming company, a restaurant and a car dealership among his start-ups.

Says Shane Bradnick, chief creative officer, TBWA\NZ: “Wiktor is an amazing dude and incredible talent, one of those true unicorns you hope you’re lucky enough to work with in your career. He has a mind like a Swiss Army Knife and the energy, resilience, and drive to get special things done.

“He’s already made game changing work with us and we know in this new role he will be able to put his considerable talents to use for even more businesses in New Zealand.”

Says Catherine Harris, chief executive officer, TBWA\Group: “It’s more and more important for agencies to bring in talent that challenge our ways of working and our models. Wiktor is an outstanding creative talent. He is a true disruptor and an awesome collaborator. We could not be more excited to expand his role and have him lead this new unit of TBWA\NZ.”

Says Skoog: “The crew in the Auckland office are a lovely bunch of talented people and working with Shane and Catherine is an absolute treat. They are such modern leaders. And they get it. They are also hilarious human beings that you don’t really feel that you work for, but you are on an adventure with. That’s special.

“We have been operating “Make” in the shadows for about a year now, very much like a startup. Constantly learning as we do things differently with our client partners and also well outside of our current clients. For me it has created a type of freedom that is really refreshing and rare in agencies. I’m stoked to be part of it.”

Wiktor has already started full time at TBWA\NZ and has formally launched TBWA\MAKE for a core group of partners.