Damon Stapleton: So, what will the truth be like in the future? 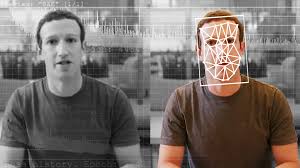 “Don’t be so overly dramatic about it, Chuck. What-You’re saying it’s a falsehood. And they’re giving Sean Spicer, our press secretary, gave alternative facts to that.” – Kellyanne Conway

This polite, and in hindsight, almost quaint exchange happened in January 2017. I will get back to it in a second. But first, let’s visit Wall Street to look for an alternative fact.

At the beginning of the week, Kodak, a once giant company was trading at the lowly price of $2.62. By Wednesday it was trading at close to $60. This boosted Kodak’s market capitalization to 2.6 billion dollars from below $150 million. So, the price skyrocketed 1200% in two days. As I write this, it is now trading at just over 20 dollars. That all happened in a single week.

One of the main reasons this happened is an investing app called Robinhood. On Wednesday alone, almost 79000 of its users had added Kodak to their account. The truth on Monday had changed by Wednesday. Popularity, maybe a little greed and connectivity had created a new reality. People had literally created an alternative fact, if only for a while.

So I asked myself a simple question. If this is happening now, how will we know what the truth is in the future?

Some of you might think that is a dumb question. OK let me take a shot at convincing you it isn’t with just one example.

Artificial intelligence has now created deep fakes. Deep fakes are essentially synthetic media where the likeness and voice of a person is replaced with somebody else. You can then get that person to say anything you want. You want Obama and Trump in a thrash metal band together. It can be done. Not that it should but it could. And, the audience can’t tell if it’s real. So, if your eyes, ears and I am sure your other senses can deceive you going forward how do you know what to trust? What exactly is a fact? And if this is true think of the implications this could have on brands going forward. I mean isn’t the definition of a brand, a promise. What will a brand be able to promise and deliver? How will the consumer know where and what to trust?

Think of having a reputation and making a living from it in the future. Imagine being a very popular influencer or actor that has spent years building up a following. Now, imagine a deep fake is made of you. Let’s say the deep fake is a little more outrageous and entertaining than the real you. The deep fake gets a following and becomes more popular than you. Fake you starts getting large endorsements. So, in summary, a fake person makes real money. Weird? Sure. Impossible? No.

So, if that can happen to a person could that happen to a company, business or perhaps a country?

What can you trust? The simple answer is always trying to have a direct experience. I was there and I saw it with my own eyes. All good. You have the truth Mufasa, now, share it. Oh shit. Suddenly, you have three problems. Context, popularity and connectivity. The three horsemen of the truth apocalypse.

The funny thing about the truth is that it never really had to compete before. Everything revolved around it. It was sacrosanct. It was final. But now, everybody has their own truth. There is no ending. The world is having an endless conversation. Context is everything. The story and the way the story is told becomes very valuable. In fact, it often drives the outcome more than just about anything else because that is how you get people to listen.

Popularity is the second horseman of the truth apocalypse. Something can be decided upon extremely quickly and that becomes the truth simply because enough people agreed. The Kodak example shows this. Another example is Jon Ronson’s excellent book ‘So you’ve been publicly shamed’. Please read it. It shows just how hard it is to undo the damage once the crowd has decided you must be punished. The truth used to be something you searched for. It was something that needed to be uncovered and tested. These days it would seem if there is enough consensus on an idea then it is true. Popularity has become fact.

Finally, there is connectivity. The saying goes that history is written by the victors. Well, when it comes to the truth, these days, speed has become its adversary. Think of a deep fake Hollywood sex tape that gets sent out. Think of just how quickly it would spread around the world in 24 hours. Now, think of the denial and the fact that it was a deep fake coming out the following day. Which event has done more damage? Which has more power?

Three years ago alternative facts was a phrase that made everybody laugh. The expression, a post truth era has also been thrown about a lot lately. These phrases have come about because nobody is absolutely sure about anything. Is the source real? Is the fact real? Is the medium or channel real? Is the person real?

So, has the truth disappeared? No. In fact, sadly, there is a whole lot more of it. And yes, half of it is horse shit. Unfortunately, the question has become, which half?

The truth is, the truth still exists.

It has just become so much harder to find.

And when things are hard to find, they become very valuable.