Says a spokesperson from Comms Council: “At the Comms Council we believe strongly that Brands Need Building. Afterall, a brand is the most powerful competitive advantage a business can create. And the evidence suggests that holds true even in a recession. So we’ve taken our existing “Brands Need Building” campaign and updated it to reflect the latest thinking and evidence about marketing in a recession.”

The ideas in the campaign are based on a new report the Comms Council co-published with Peter Field and Rob Brittain, two of the world’s leading authorities on advertising effectiveness.

The report ‘AUNZ Advertising Effectiveness Rules – Winning or Losing in a Recession’, contains valuable insights on the implications of Covid-19 and the resulting recession for the advertising industry on both sides of the Tasman. The report was released via a live webinar.

The Comms Council believes this evidence in the report not only supports its case but also clearly establishes the premise that those companies that advertise in a downturn continue to reap the benefits long after the economy recovers.

Says a spokesperson from the Comms Council: “A massive thank you to DDB for the creative thinking, Starcom for the media thinking and TVNZ, oOh!media, Facebook, NZME and MediaWorks for their support in getting the campaign out there.” 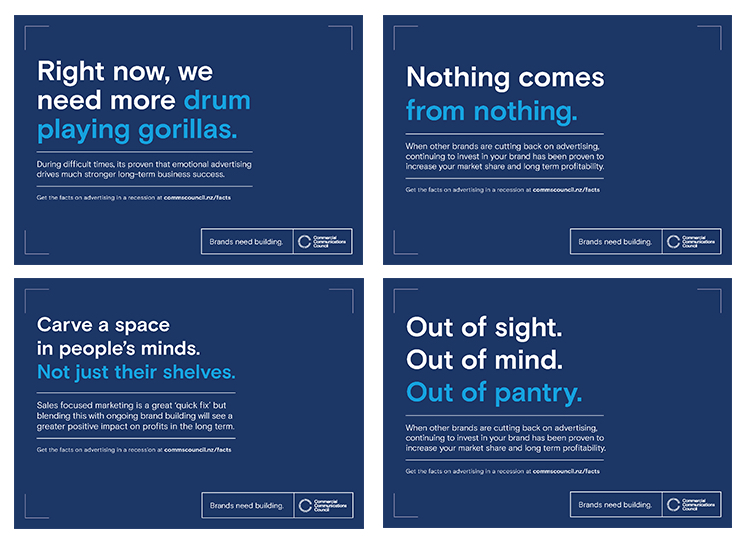