To promote and celebrate Father’s Day for The Warehouse, TBWAMAKE concepted a TV series called Last Dad Standing and partnered with Warner Bros. International Television Production NZ to develop it for TVNZ.

The new six part series sees Kiwi Dads battle one another in a showdown of the most cringe-worthy, pun filled Dad jokes to win prizes and money for charity. Hosted by How to Dad’s Jordan Watson and comedian Mel Bracewell, the show premiered on TVNZ 2 last night. 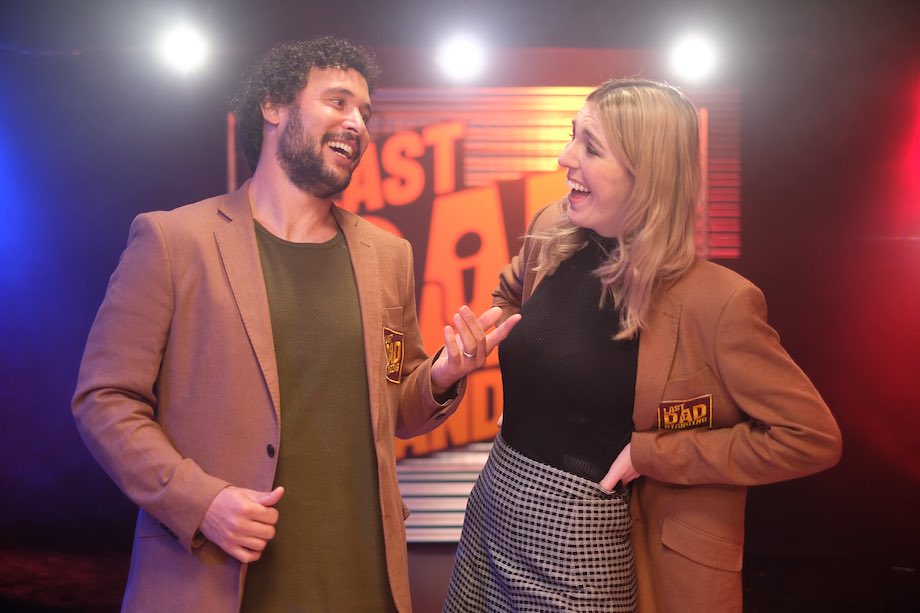 Each round of ‘Last Dad Standing’ sees two Dads face-off in a boxing ring to see who can crack the corniest Dad jokes without cracking themselves up, with the winner advancing to the next round. Each episode two celebrity Dads also go head-to-head to raise money for charity; Mike King, Matt Heath, Pax Assadi, Al Brown and Will Hall are among those stepping into the ring. Each Dad represents a charity focusing on families or men’s mental health and the grand prize winner will receive $10,000 for their charity of choice, donated by The Warehouse.

Says Anna Lawrence, general manager marketing The Warehouse Limited: “We wanted to take a completely different approach to a traditional promotion period and when we saw ‘Last Dad Standing’ we knew it would fit with our vision for Father’s Day.

Everyone’s had a rough year and this idea celebrates dads, gets families to spend quality time with each other and helps charities in need of funding. It’s a win win all round. We all definitely need a laugh right now and there’s nothing better than a good dad joke to lighten the mood and bring us all together.”

TBWA is disrupting the model for how brands work with production partners to deliver great Kiwi entertainment and end to end client campaigns. Despite the challenging times, ‘Last Dad Standing’ and the surrounding campaign allows The Warehouse to connect with families around Father’s Day in an engaging and entertaining way.

Says Shane Bradnick, chief creative officer TBWA GroupNZ: “We came up with the idea for the show during our first lockdown. We felt New Zealand families needed some light relief and it got us thinking about the stuff dads do that makes us laugh – the dad dances, the dad jokes, the stupid fun stuff. We wanted to create a way to bring Kiwis families together to celebrate the awesomeness of dads for Father’s Day.

“‘Last Dad Standing’ reflects our genuine love of dads in all their humorous glory – it’s a really heart-warming campaign and the dads and the dad jokes are hilarious.

“Partnering with Warner Bros. to develop and format the show and then having them produce the show for TVNZ has been an awesome experience. The talent and speed at which they worked with us and then delivered the show was outstanding.”

‘Last Dad Standing’ went to air on TVNZ 2 at 8pm on Thursday 13th August and will be promoted by The Warehouse channels through TV, radio, social, in-store, digital and OOH. You can watch the first episode on TVNZ On Demand here.