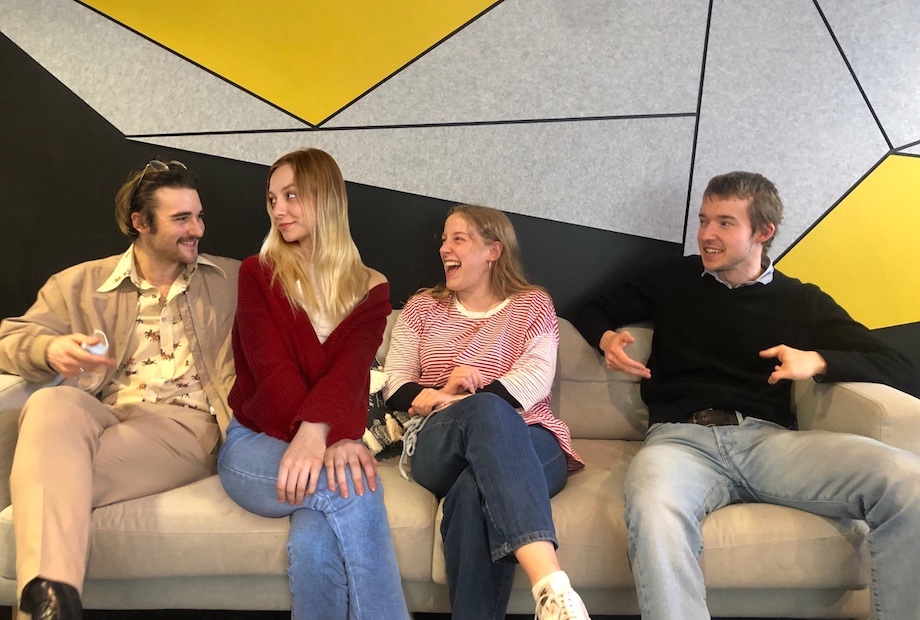 The Student Orca winner and runner up places have been announced this week with Media Design School students James McCulloch and Kathryn Prince winning the Outstanding Radio Creative Award for students this year – with the runner up spot also going to MDS students, Robyn Ramsey and Luke Roxburgh.

For the past three years The Radio Bureau have tasked AUT University and Media Design School students with a creative challenge that encourages them to explore the many creative options afforded by radio.

This year, students were assigned a brief that required them to create a radio first integrated campaign which would A) encourage first time voters to both enrol AND cast their vote in the New Zealand election. B) Encourage young people to follow guidelines during COVID-19 alert levels. Or C) Drive sales for an existing eco-friendly product available in the New Zealand market. Both the winning and the runner up students from MDS opted for the electoral challenge brief.

Student ORCA judging was based on four criteria: creativity, execution, effectiveness and innovation. The judging panel consisted of Karen Maurice-O’Leary (Facebook Creative Shop), Antony Wilson (Creative) plus Matt Williams and Freddie Coltart from DDB who were also finalists for two campaigns in this year’s ORCA.

The winning idea, The Can’t be Arsed Voting Choir by McCulloch and Prince drew on the idea that “A lot of young people don’t vote, because they believe their voices won’t make a difference.” From this, they aimed to create an audio of their combined voices, to show the scale of non-participation.

Of the entry, judge Karen Maurice-O’Leary said: “Brilliant on many fronts, great use of a bigger idea with radio at its core.”

The runner up idea No Opinion by Robyn Ramsey and Luke Roxburgh posed “The only thing worse than having an opinion is not having an opinion” and used their campaign to show young people that impartiality is dangerous, using hostage situations, house fires and plane crashes to get their message across.

Judge Antony Wilson said: “Love this idea and execution. Radio lets you go BIG with your ideas and scenarios and this is a great example of that.”

Says Humphries: “A big thank you to all the judges, as well as Peter Richardson and Sheridan Hill from TRB for not only giving the students the opportunity, organizing the briefs and the judges – but also for the prize money of $700 for the winning team and $350 for the runner up team.”