Anita Fontaine: “People are craving experiences because they’re more valuable than buying something” 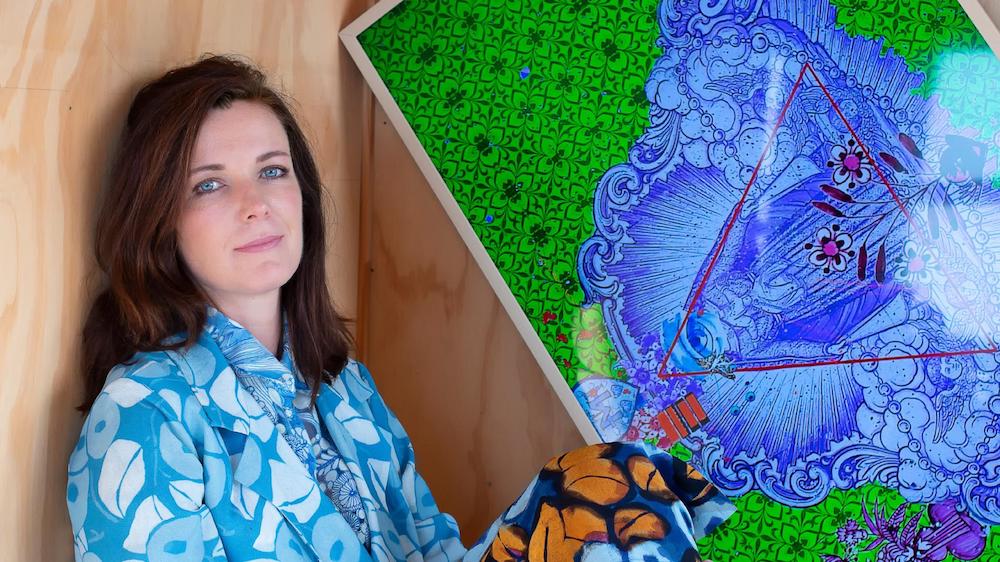 Having spent the last 20 years traversing the globe, Australian artist and director Anita Fontaine has landed in New Zealand, from where she discusses her work in emerging technologies, the link between wellness and VR, and why spaces should have sentience.

After Anita Fontaine studied fine art photography in Australia, her interests diverged into video games. ‘I was obsessed with what felt like the ultimate medium for all these textures and assets I was generating,’ she says. She pictured someone walking around in these virtual environments, exploring her imagined spaces, surfaces, textiles and photographs. Environments that offered infinite possibilities. Schooling in the world of video games ensued, as did tech-related art residencies.

Through her art practice she met Geoffrey Lillemon, who became her long-time creative collaborator. Until 2014 they operated under the alias Champagne Valentine to create ‘art for brands’, with an emphasis on using emerging technologies. Now based in New Zealand, Fontaine has founded future labs in the advertising industry, worked for start-up incubators in San Francisco, and directed films across the globe. Her underlying philosophy? ‘Creating things that enhance reality and experiences that people haven’t seen before.’ And, ultimately, shifting our collective consciousness.

You have a rich and varied educational and work background. How has it shaped what you do?

Fontaine: My work involves spatial design, so it was like I was preparing for that moment, a few years ago, when VR emerged on the scene in a bigger way. That point coincided with my return to Amsterdam from the US. Geoff [Lillemon] was feeling the same thing: the moment is now. While running Champagne Valentine we inhabited the edge of what was possible technically, so it seemed on point to think about a future-lab concept. We talked to Wieden+Kennedy, and they were excited about the idea. It didn’t become The Department of New Realities [DPTNR] until a few months in. I don’t fit into traditional advertising at all, but I do understand it. I’m always trying to push for the non-conventional. With the Department, we were trying to alter advertising and creative landscapes, and to give people hyper-sensorial experiences that they’ve never had before. 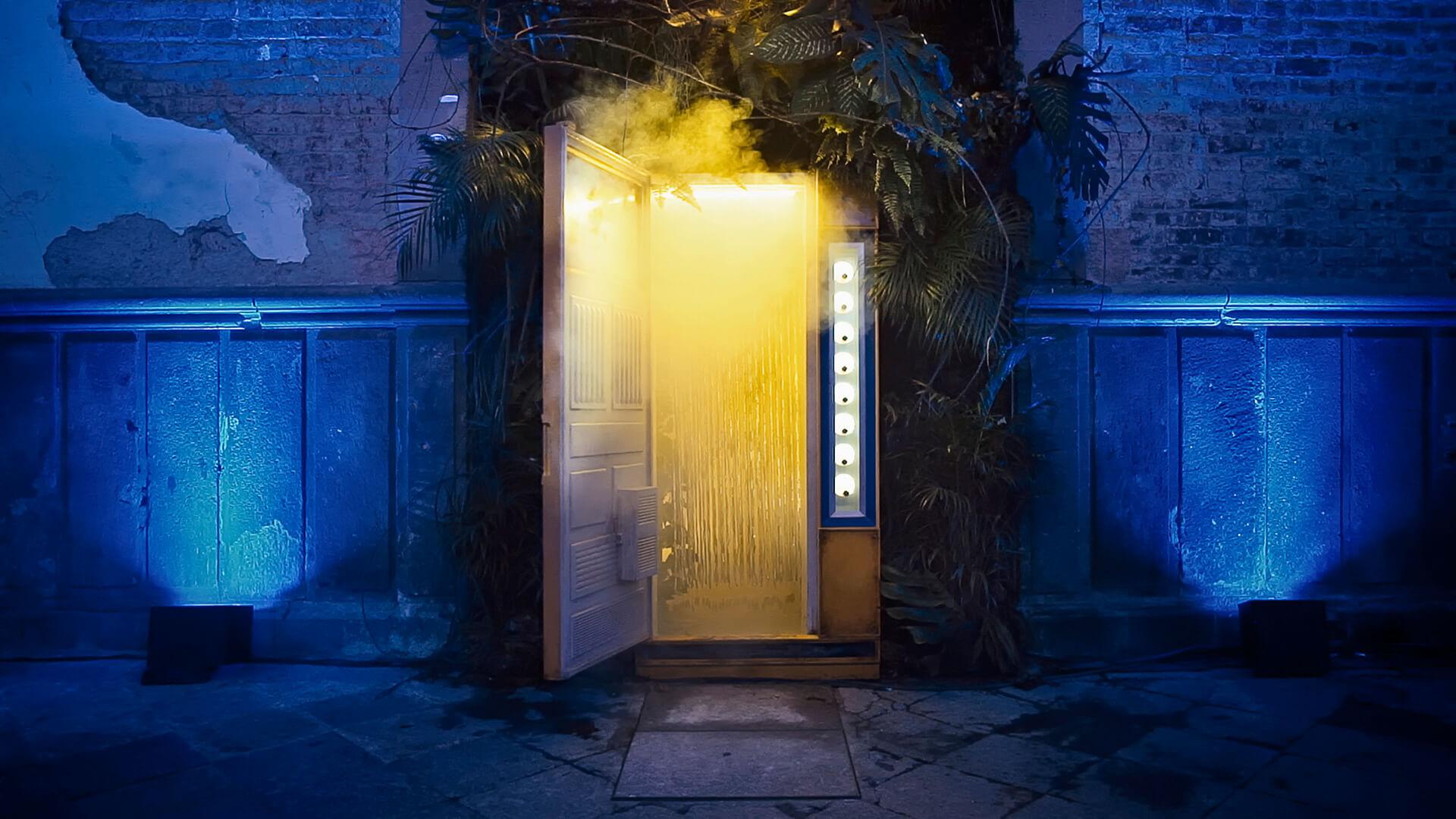 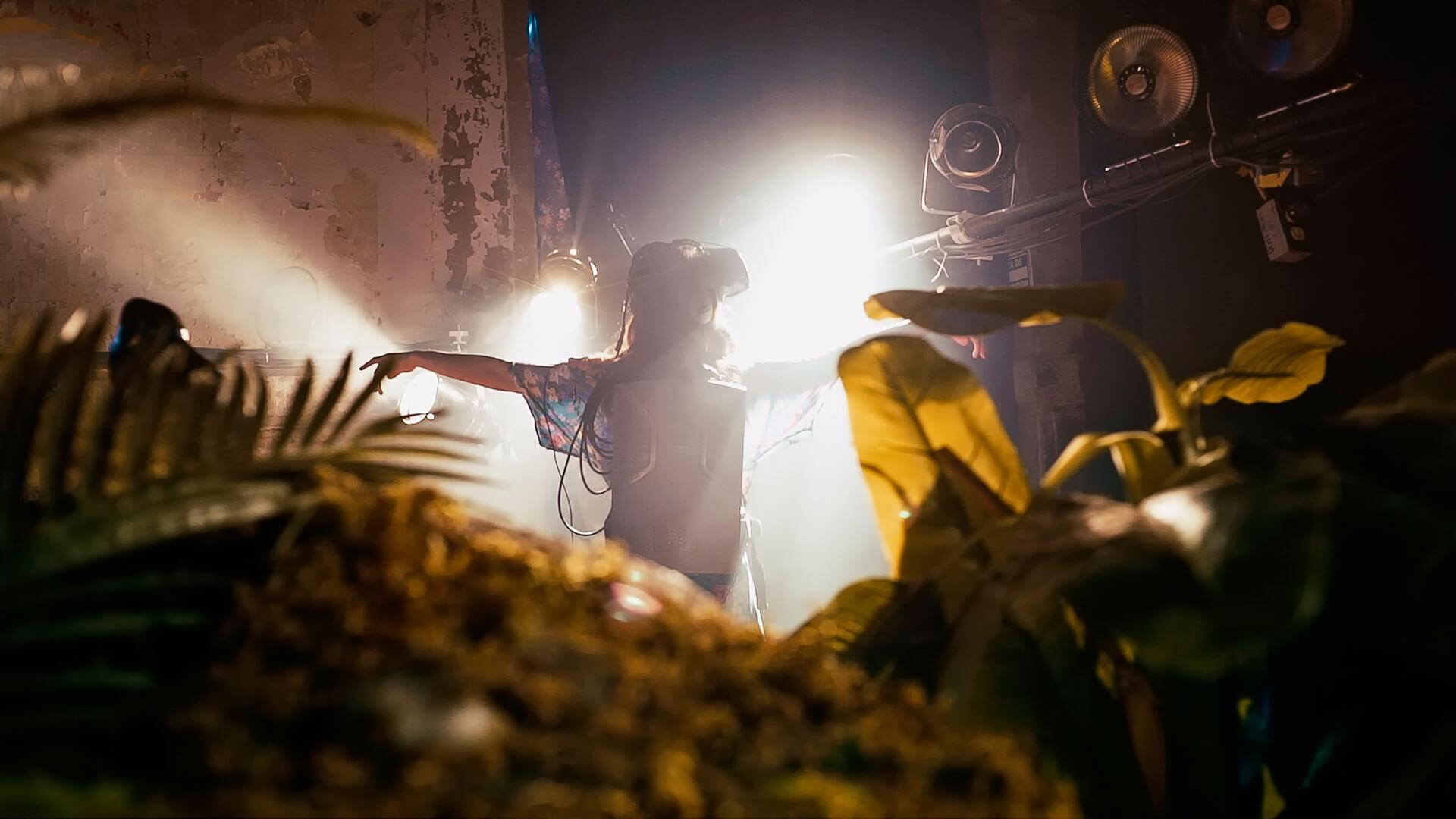 (A project for beer brand Corona, Paraíso Secreto combined a VR experience with a physical set design to give the people of Mexico City the feeling of being outdoors in a built-up urban environment.)

The advertising industry’s take on the experience economy, you might say?

Fontaine: Advertisers have tried everything and traditional media methods are getting tired. People are craving experiences because they’re more valuable than buying something. There’s a growing desire to make physical spaces smart and surprising. I’m not talking about Alexa, but about something deeper and reactive – maybe even living and breathing. About layering smart technologies in a cool way. Integrating theatre and sound. Creating art installations or tools that are culturally relevant. Technology can really be utilized to heighten emotional states or enhance your reality. It’s such a powerful medium in the right hands. Instead of headsets being used as a gimmick, could they add layers of wellness and actually improve your inner landscape?

You mention wellness and the senses, key factors in your work.

Fontaine: People are focusing more and more on wellness. How can we build spaces that benefit us? I don’t think the answer would be anything to do with how many LED screens can fit in a room. We’re becoming more sensitive and delicate with technology. And I don’t think technology is a bad word, by the way. It can add a lot of sensorial beauty to any situation. The haptics around technology are just as important. The theatre, the sculpture, the installations: they need to feel raw and slightly imperfect, something to take technology out of a cold digital space and into something warm you want to touch. My mind is full of weird ideas: pods, for example, that could change their inhabitants’ consciousness. Shifting people’s perspective so they have a positive, anxiety-reducing experience: that’s a goal I want to work towards. Spaces that affect people deeply, with the kind of intensity you’d get from a cinematic experience. Relating the work I’ve done with VR – the control you have with it – back to the real space is really interesting to me. 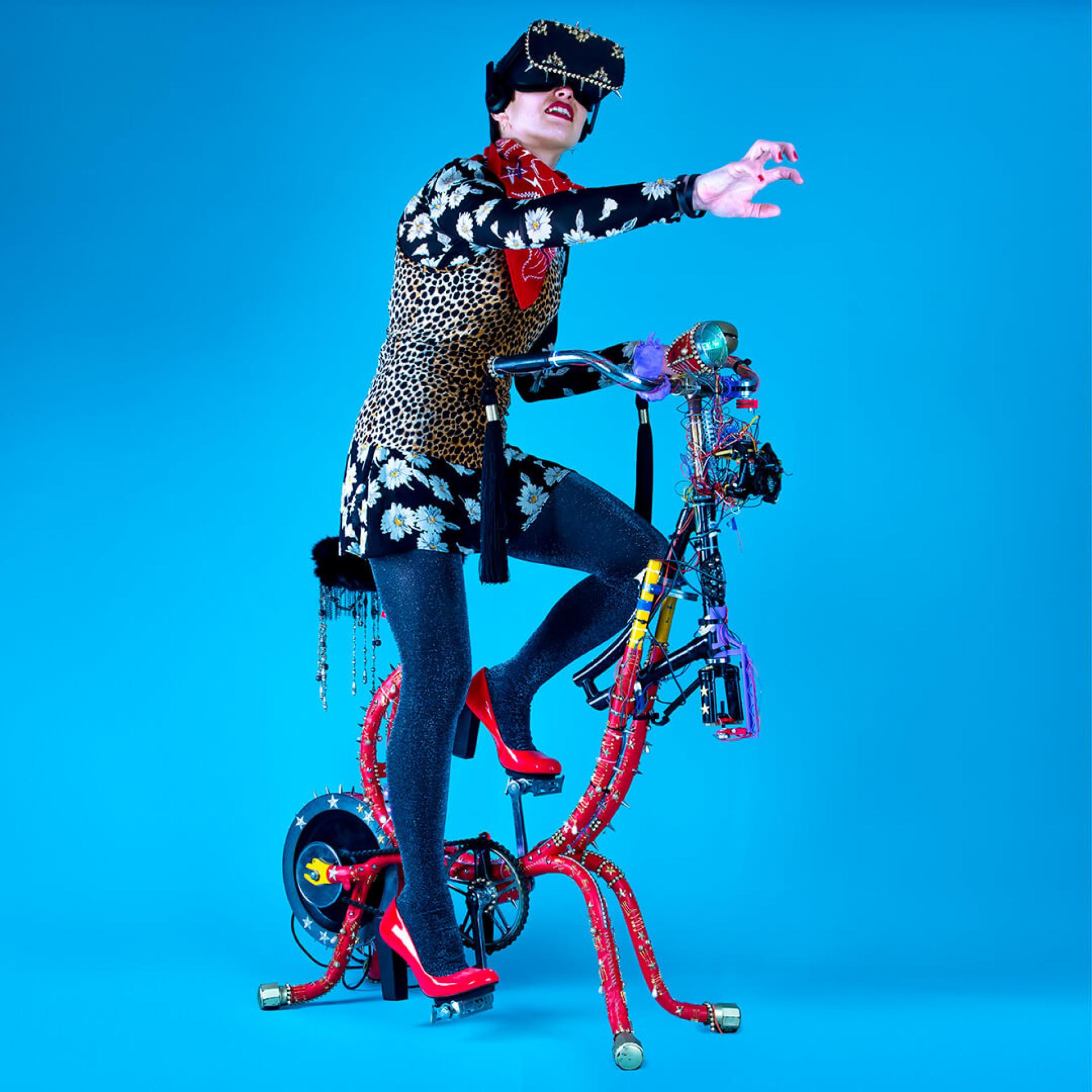 (To ensure there was a shared experience surrounding Bitmap Banshees, a dystopian VR survival game installation, Fontaine x The Department of New Realities (DPTNR) outfitted a physical bike as the interface for the game, ‘turning players into performers’.)

Are you mainly talking about dedicated wellness spaces, or incorporating wellness into all types of spaces?

Fontaine: Particularly in cities, there’s a gravitation towards less frenetic spaces that give us peace of mind. But spa culture is blowing up as well, and plenty is happening in the future beauty scene. One idea we were working on at DPTNR was a beauty spa for avatars. The theory was that in the near future we’ll have a physical self and a digital self that might need updates or a day at the spa. Actually, I think this might already be happening on some level with Instagram face filters.

Instead of headsets being used as a gimmick, could they add layers of wellness and actually improve your inner landscape?

Fontaine: My work centres on speculative fiction. If I don’t try to define the future, then someone else will. Even though some of it might feel like science fiction, I have to start somewhere.

What about a more concrete project that conveys your ideas about speculative fiction and multisensorial experiences?

Fontaine: Paraíso Secreto for Corona is a good example. We had a problem to solve: to give the people of Mexico City the feeling of being outdoors in a built-up urban environment. We curated every detail of the theatrical journey, from the set design to the experience inside VR. You had to find a gold coin to access a world behind a secret door, where you were fitted with an untethered VR headset that allowed you to walk through a physical construction of paradise. You could reach out and physically touch whatever you saw in VR – plants and rocks, for instance. You could smell nature, feel the wind in your hair. By the end of the journey you arrived to watch the sunset at a beach, a room we filled with sand and beautiful light installations. The set design helped to trick the brain into thinking it was in a natural environment, and people responded really positively. It wasn’t that we were trying to replace nature with this project; we wanted people to be reminded of it. In the lead-up to Paraíso Secreto we encountered a lot of research, especially in therapeutic realms, that suggested nature in VR is better than no nature at all. 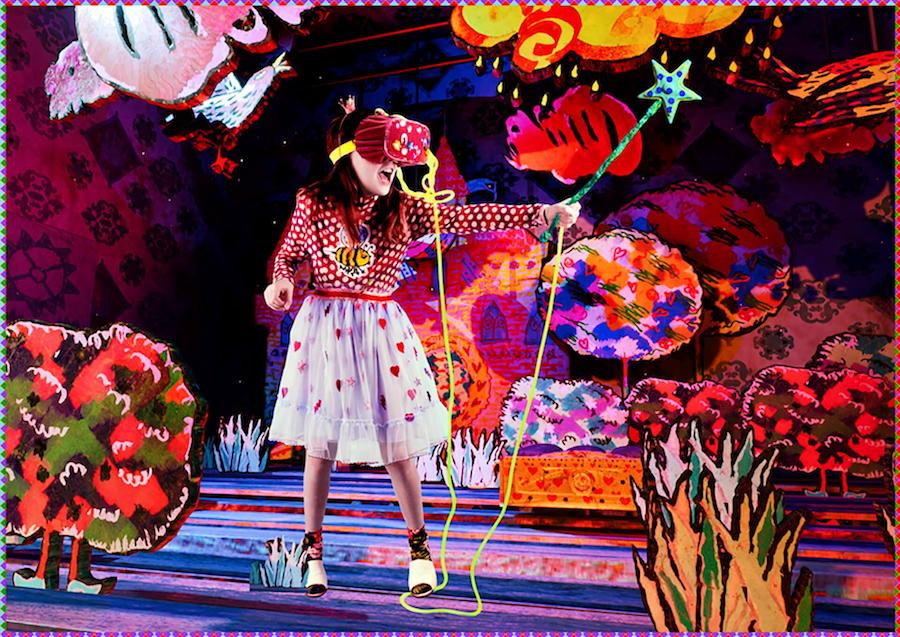 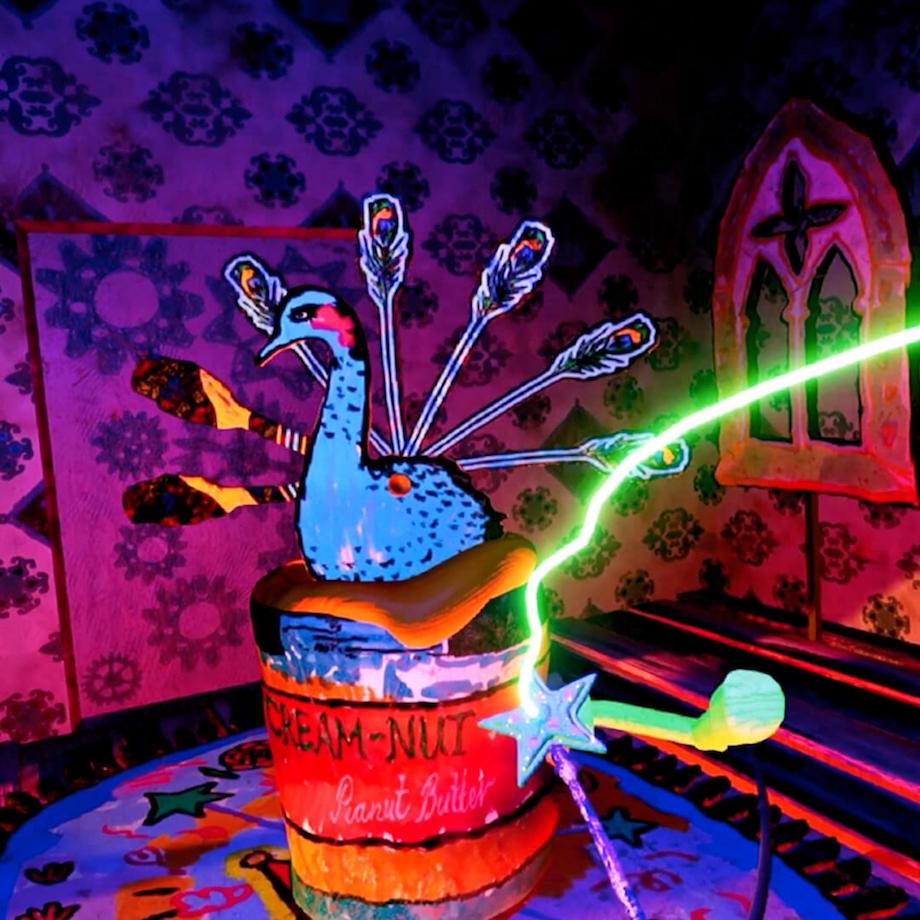 If you’re the only one using a VR device, there’s a strange interaction between you, the user, and the others around you. You’re the performer, even if you don’t realize it because you’re in your own world . . .

Exactly, and that was something we explored at DPTNR with our VR game installation Bitmap Banshees. Players could cycle through the streets of a dystopian, psychedelic future version of Amsterdam being chased by banshees, all inside a VR headset. We knew there was going to be an influx of people on the evening it launched, and wanted to give a sense of a shared experience, so we deliberately outfitted a physical bike as the interface for the game, turning players into performers. We also created collectables like prints, patches and scarves for keepsakes. It’s important to be thoughtful about making single-player VR experiences inclusive so that onlookers don’t feel isolated. But soon we might all be connected inside the multiverse multiplayer style.