Over the past 14 months, Auckland agency Shine has been leading out a project called the ‘Spark 5G Race Zone’, an immersive interactive event space inside the Emirates Team New Zealand base.

The modern America’s Cup yacht has more in common with a Formula 1 race car than the boats of 100 years ago. With virtual modelling, composite materials and hydraulic systems that would look at home on an aircraft, these boats literally fly, reaching speeds approaching 50 knots. That’s over 90 km/h for you landlubbers.

Helping tell the technology story of this sport was a challenge that Spark brought to creative agency Shine, looking to amplify their partnership with Emirates Team New Zealand during the defence of the 36th America’s Cup presented by Prada here in Auckland. 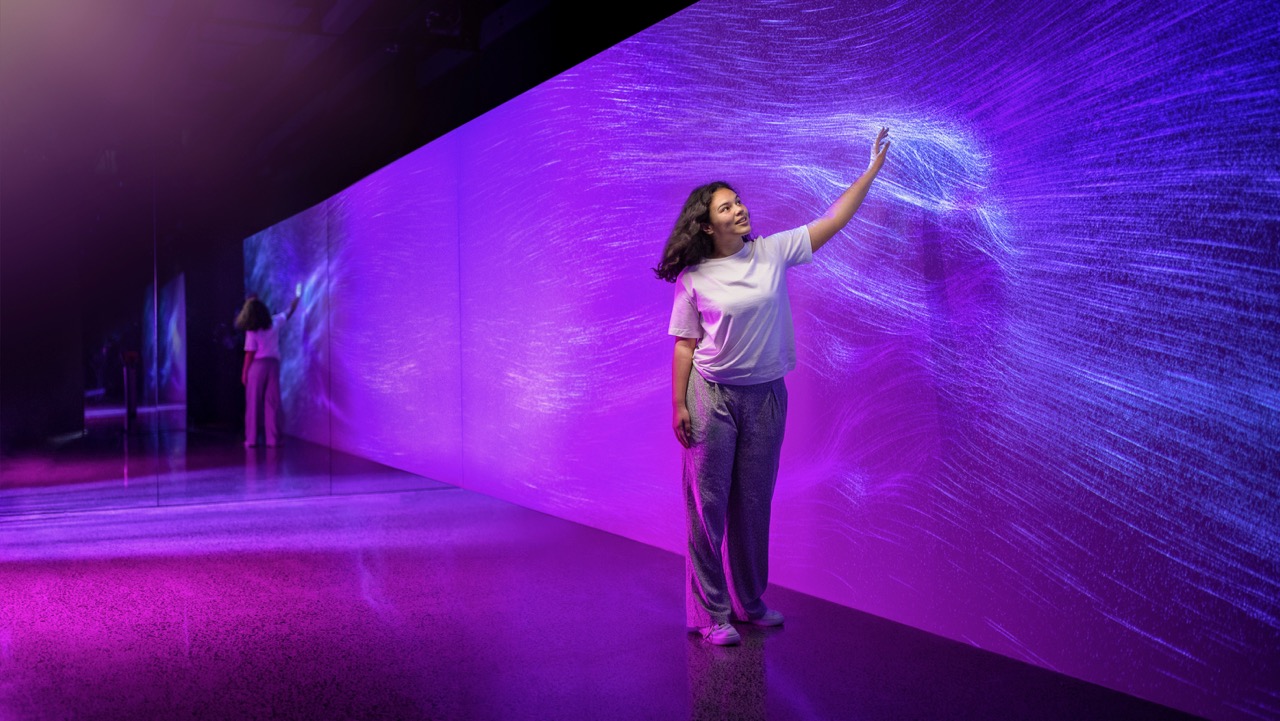 Spark wanted to inspire and excite the public about the event, educating them about the ways that technology has revolutionised the boats and shining a light on STEM subjects, to inspire a new generation of kids while also giving Aucklanders a preview of the 5G network soon to launch in the region.

The Spark 5G Race Zone concept was born out of this challenge; an immersive interactive event space inside the Emirates Team New Zealand base showcasing a convergence of sailing and technology. 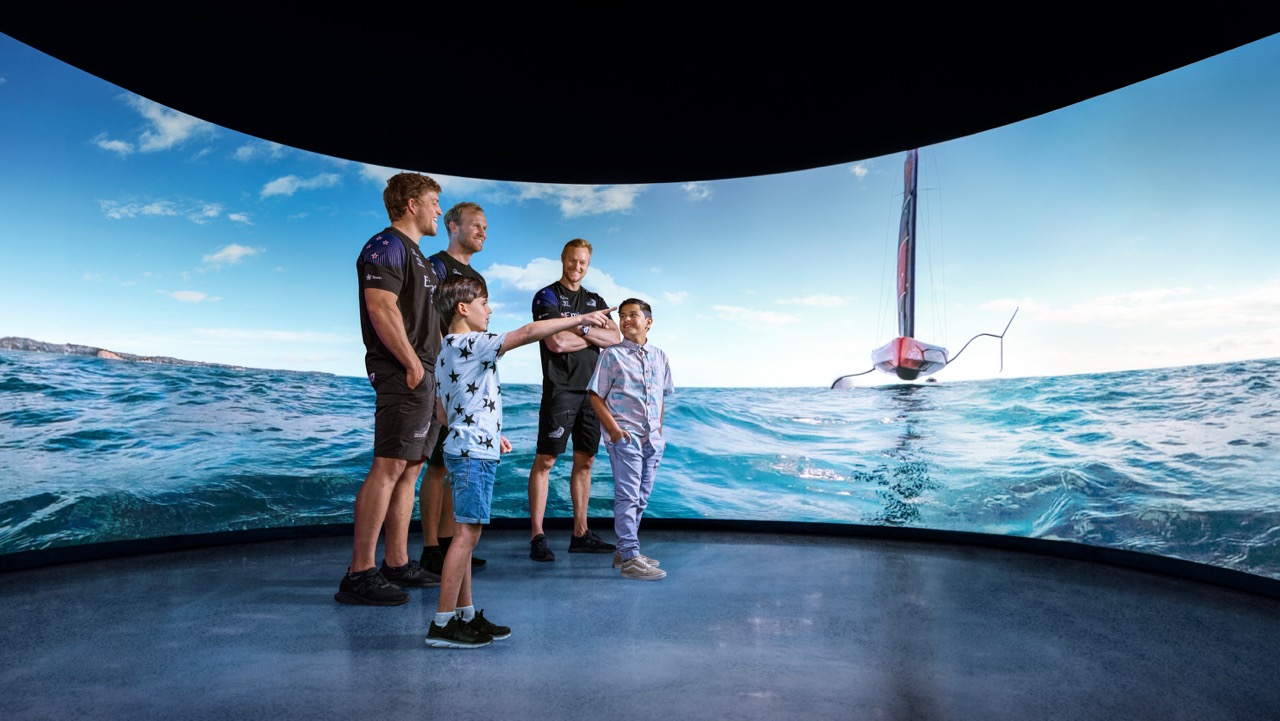 Race Zone gives the public a chance to get hands-on with tech the team used like never before, while also becoming a platform for a school’s program promoting STEM education.

Shine developed a vision for the space with award winning partners, New York based executive producer Adam Jenkins and executive creative director Mick McConnell, responsible for famed work including Field Trip to Mars, Samsung 837 & Yas Hotel. Then, to bring it to life Shine partnered with local production companies Spur, Satellite Media, Perceptual Engineering and BuildMedia. Each was charged with realising aspects of the Race Zone experience, but unified by a clear narrative and design direction. 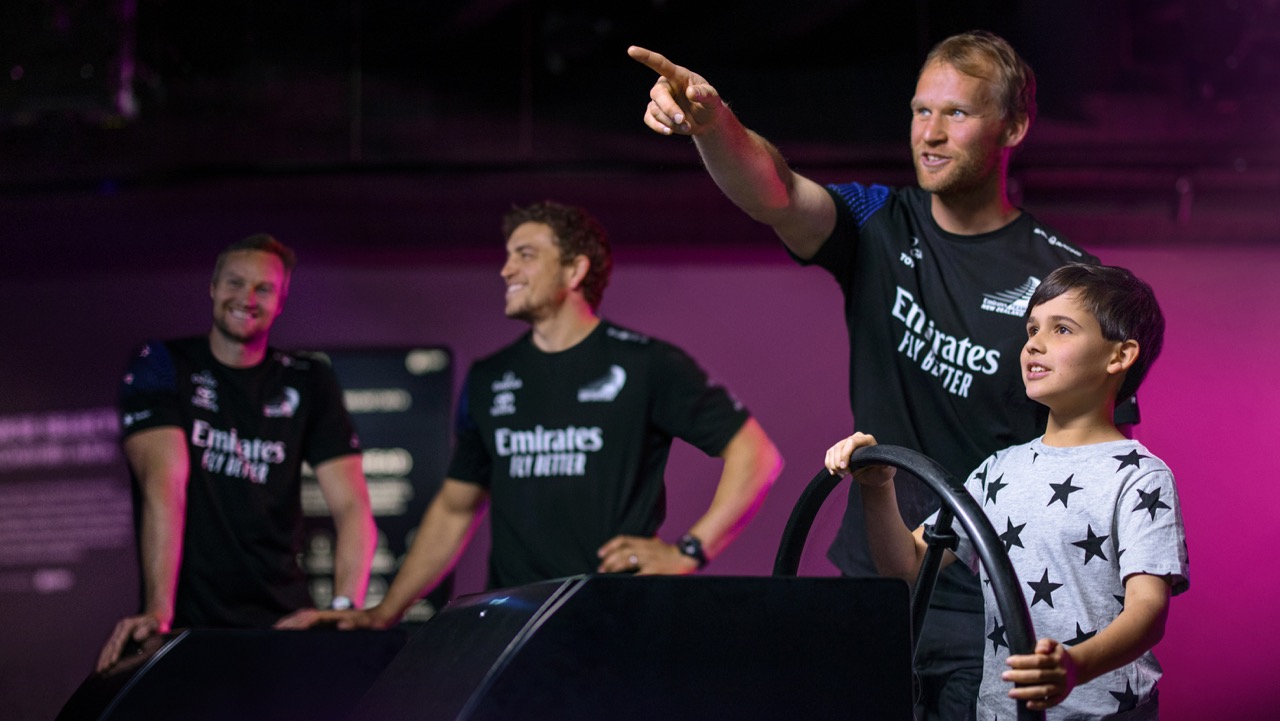 Seven unique zones were concepted, each an example of ways Spark 5G was used in the team’s boat development, training or race preparations. From the Wind Tunnel that allows people to walk through and interact with a real time wind model visualisation, to an immersive 360 experience riding along on a Te Aihe test run, to piloting the actual simulator that Emirates Team New Zealand uses, never before has the public had the chance to get so involved in the technology that goes into contesting the America’s Cup.

Throughout it all, Shine worked and co-developed the experiences with Emirates Team New Zealand to make them as authentic as possible, without giving away any team secrets. 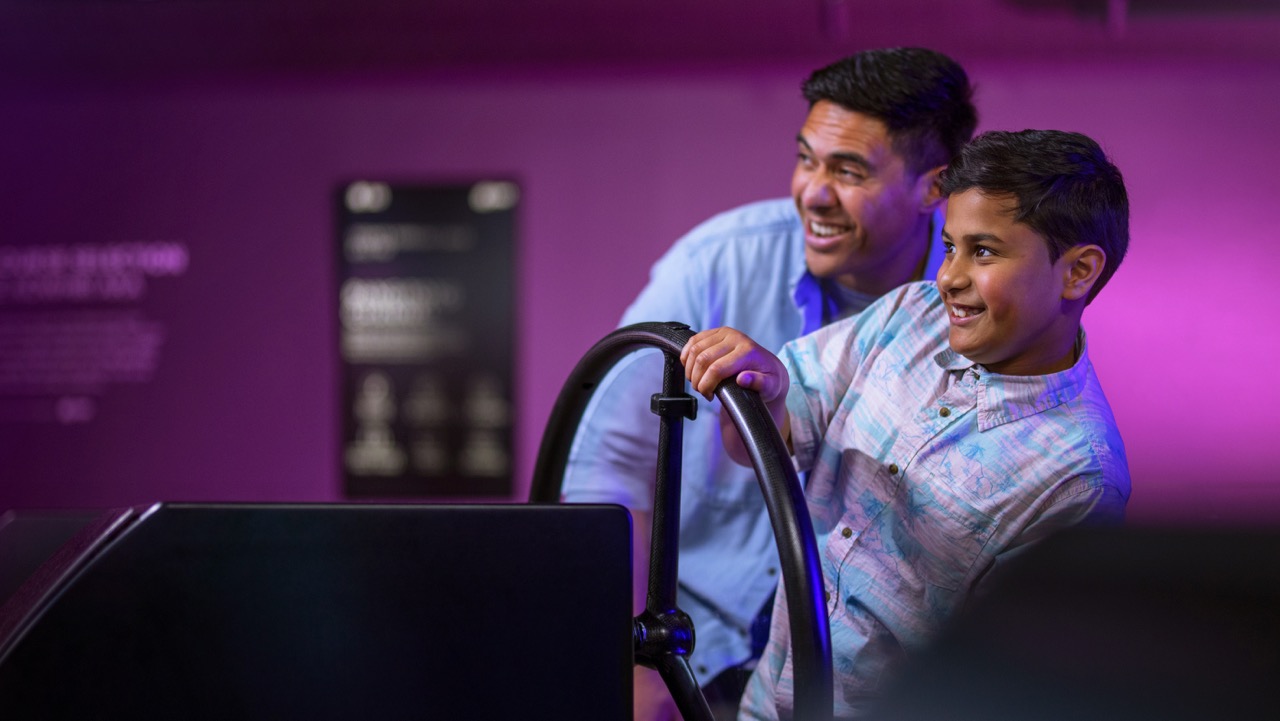 The development process took over 14 months, not helped by a couple of lockdowns, but regardless the space progressed, with each partner developing their component and overseen by a dedicated Shine team who unified the vision, ensuring it not only brought the Spark 5G story to life, but engaged and enthralled the guests.

With the Cup just a few months away, the Spark 5G Race Zone has gone live to an excited audience, promoted with a comprehensive ATL and social campaign also developed by the Shine team. Within days eager crowds have pre-booked the next month’s tickets, and with the Cup hype about to begin we can only imagine even more people will want to get involved in the ultimate 5G America’s Cup experience, where the fans do the racing. 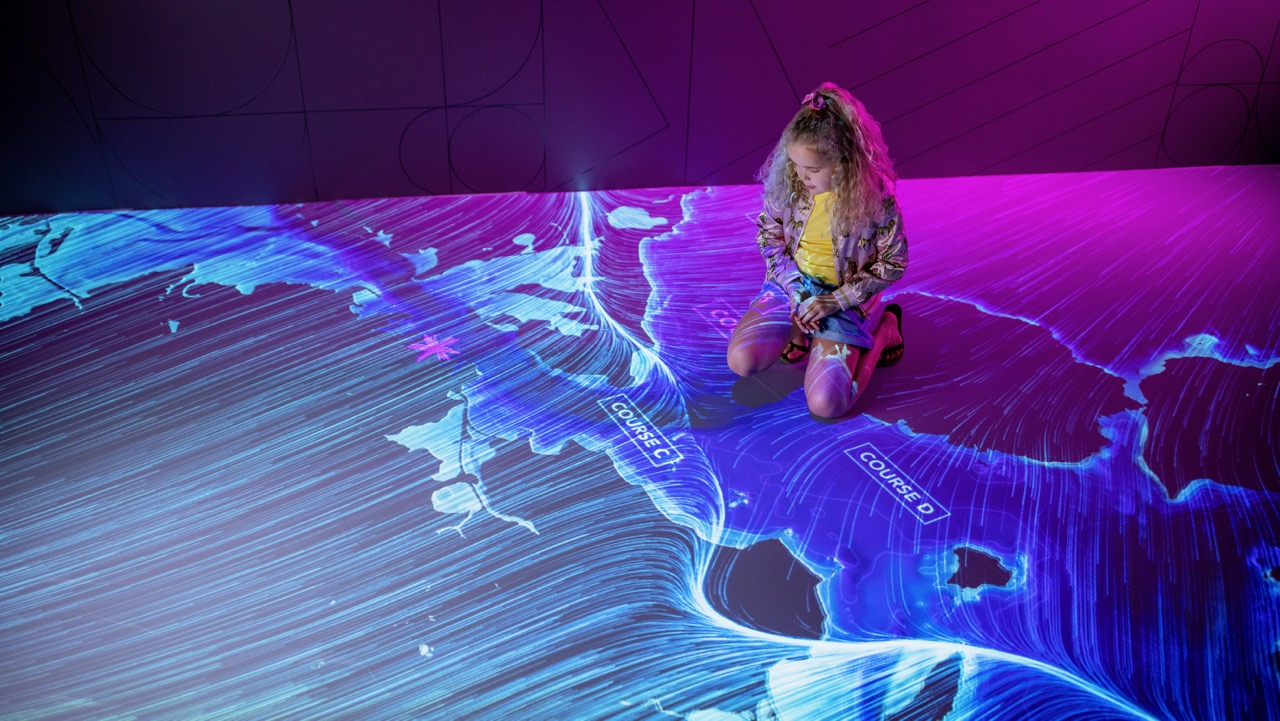 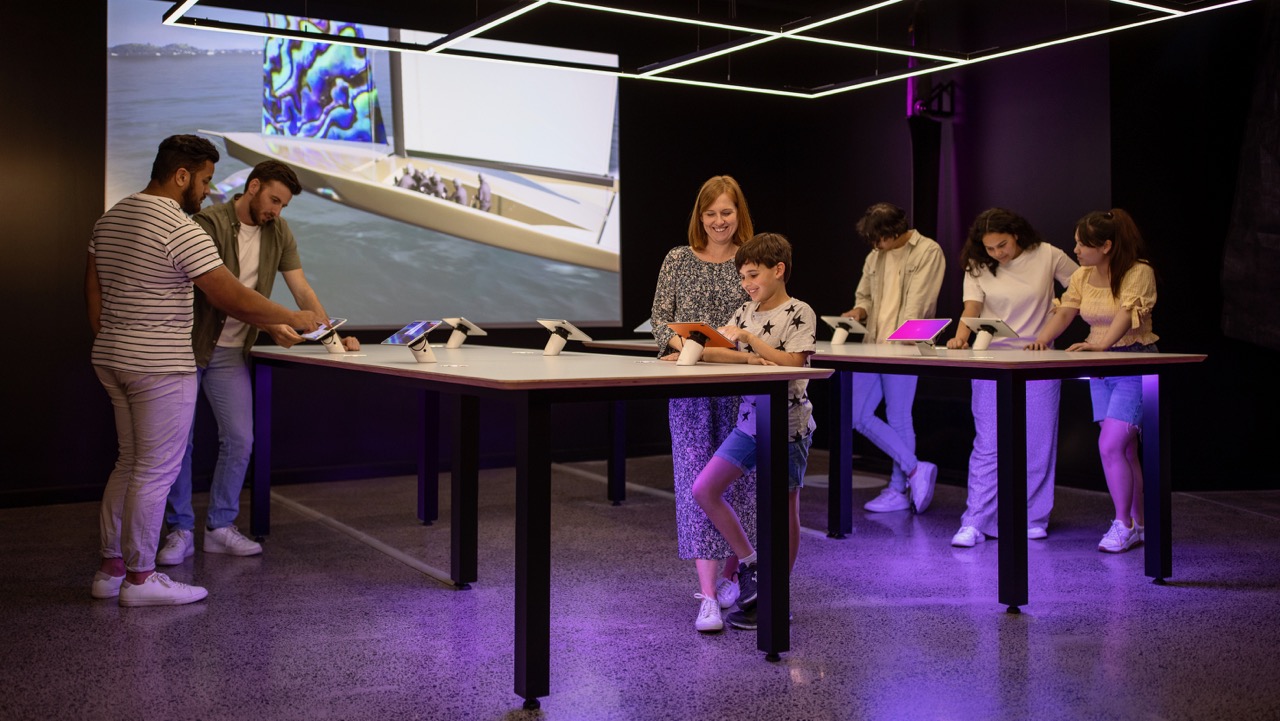 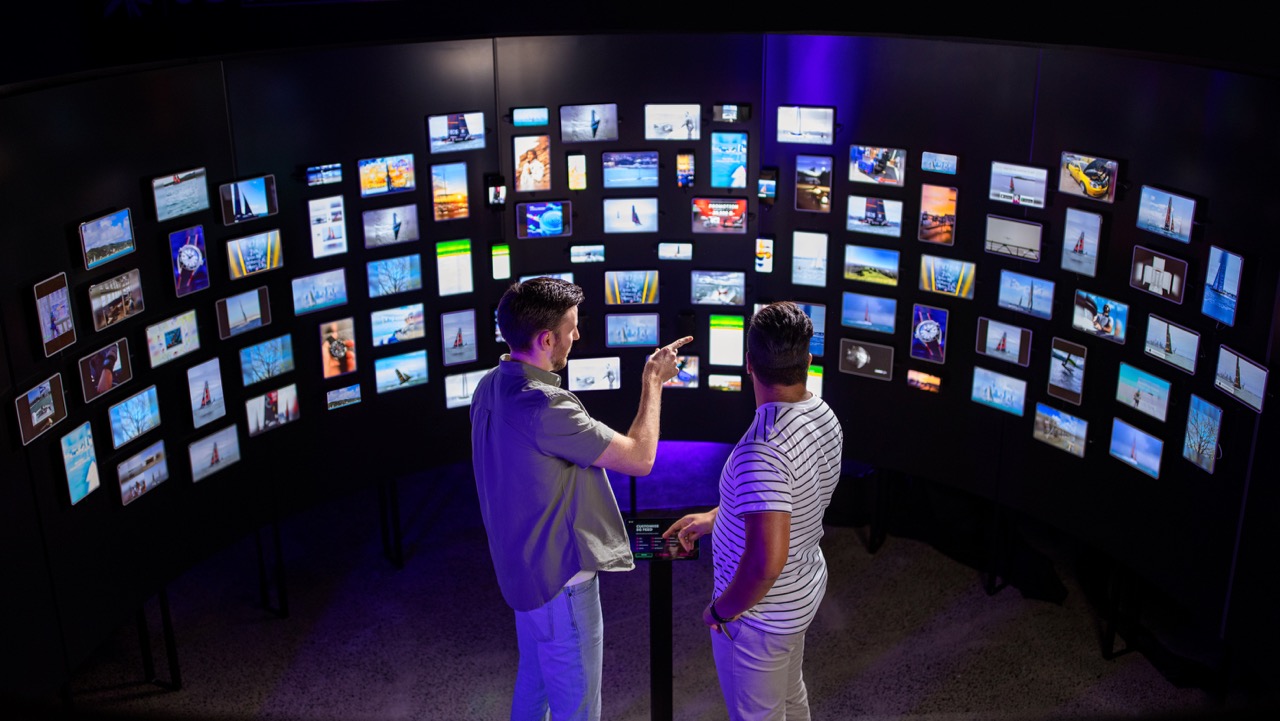