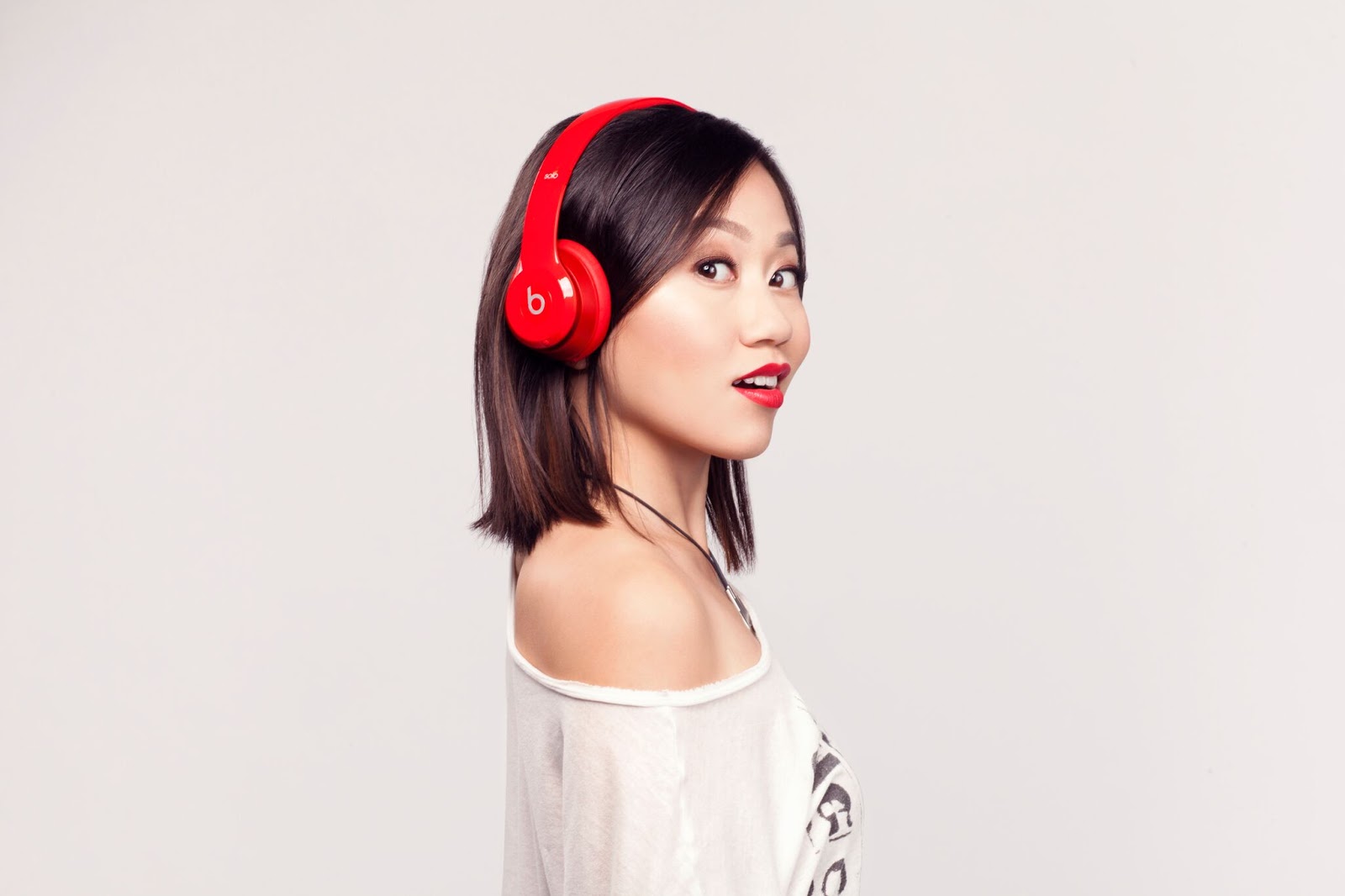 Viral video creator and Wafffle founder Karen X on the secrets to her low budget filmmaking, and embracing ceaseless reinvention.

Take 10
Name Karen X
Technique #hackingfilm
Founder at Wafffle
With over 500 million views
Based in San Francisco
Known for firing Microsoft over YouTube (i.e. how it all began)
Named in the Adweek Creative 100 and Inc. 30 under 30
Clients include Apple, Amazon, and Facebook (all of the digital heavyweights, basically)
MO creating viral videos that don’t suck
And she has been quoted as saying: “I actually have very few technical skills, compared to many people in filmmaking”

“Is there an easier way to figure this really difficult thing out?” – Karen X

Karen X is into #hackingfilm, using incredibly inventive techniques to make brilliant short clips and films on Instagram. Then she shows you exactly how she makes them via her crystal-clear (and highly amusing) tutorials. The sort that have hundreds of thousands tuning in.

Using equipment that anyone can lay their hands on – think smartphones, 360 cameras, fishing wire, and other ingenious hacks – she will show you how to make your own Matrix style ‘bullet time’ sequences and how to copy Hollywood directors like Alfred Hitchcock (‘Vertigo’), and Stanley Kubrick (‘The Shining’), or even how to make a Harry Potter ‘invisibility cloak’ for your next Zoom meeting.

Karen X actually fell into this whole thing by accident – after she quit her job at Microsoft in 2012 with an ‘American Pie’ parody video that she posted on YouTube to share with her colleagues. Later picked up by TechCrunch, that fateful video now has over 400,000 views. And the rest is history.

Since then, Karen X has worked with some of the biggest names in social and commerce – everyone from Gucci and Apple, to Amazon and Beats by Dre, to name just a few. Successfully demystifying the filmmaking process on Instagram, she produces content that is highly engaging, amusing and informative. If you’re into filmmaking that is native to mobile, experimenting, prototyping, and pushing the envelope of what can be achieved on a tight (read: zero) budget, you’re probably already following Karen X. If not, jump on that.

An avid follower himself, Facebook’s Creative Strategist Andy Blood caught up with Karen X to find out the secrets behind growing her audience, hacking the mainframe, and ceaseless reinvention.

THE INTERNET AS MENTOR

When Andy asks about mentors, Karen X says simply: “the Internet is my mentor.” Which means this creator has an insatiable appetite for change and ceaseless reinvention, combined with a relentless hacker style mentality. Hers is an approach that’s simple, non-technical, and easy for others to join in and copy. Which her audience does – in droves.

Like with the ‘donut’ #SoloSelfie concept that she developed, for fun. A concept that was later tapped for a major video campaign with Beats by Dr Dre, starring everyone from Serena Williams and Usher, to Kendall and Kylie Jenner.

But there is more to the Karen X MO than just ingenious films. In fact, this innovative creator is the very embodiment of the ever-evolving creative. She may even be in possession of what Andy describes as an ‘anti-fragile’ career: “I’ve changed careers, like three or four times,” she says. “And now I would say I’m truly in my dream job and it’s not a job I could’ve applied for. It’s one that was slowly built, bit by bit over many, many years.”

So, now onto her fourth or so career – which sounds fitting for a student of the Internet era – Karen X is only just getting started. And her philosophy is one of constant learning. Which is part of why she led the viral ‘Give it 100’ movement that showed you could learn almost any skill in 100 days.

Put simply, Karen X is a filmmaker obsessed with the process. And she says one of the biggest secrets to her success lies in revealing the ingenuous tricks behind big budget filmmaking magic. Like one of Andy’s personal favourites: how to copy Alfred Hitchcock’s famous ‘Vertigo’ scene using fishing wire.

Asked about her all-time favorite directors, though, one name in particular springs to mind: Spike Jonze. What she loves about Jonze is his ability to move seamlessly from long form, to short form. Movie making to commercials. Without ever losing creativity or inventiveness.

Beyond Jonze, though, Karen X is inspired more by comedy magic duo Penn and Teller, than by Hollywood itself. She observes that there are two things people really love about magic: the trick itself, then being shown the secret behind how the trick worked. Indeed, she says her own popularity and audience has grown exponentially since she started revealing the tricks.

Making stunt films is one thing. But going behind the scenes and showing how they are done is another separate – and, in fact, more exhaustive – endeavour. One that has paid off for Karen X. Case in point: a year ago she had 5,000 followers on Instagram and now, thanks to the magic of the REELS algorithm in allowing discovery, she has 350 000 and counting.

Karen X didn’t go to film or advertising school – which she believes is part of her secret recipe. As a digital native, she is more concerned with clever, innovative ‘Ideas That Stick’ and keeping her pulse on what works right now in the fast-paced digital space – not what worked 20 years ago. So, with this in mind, Karen X actually views the things she doesn’t know as a valuable asset and a vehicle for creative exploration.

“I think I have these blind spots and ignorance that’s served me,” she explains, using the Harry Potter invisibility cloak video as an example. “If I was super amazing with green screens, I would never think to use this terrible green screen zoom technology… but I thought: ‘this will do’”.

“So not knowing is actually the key to ingenuity because you’re looking to find the fastest, simplest shortcut,” Andy qualifies. Which means that Karen X might need to prototype five, six, or even 20 different versions of the story before we actually get to see it on the gram. But that experimentation process is ripe for creative inspiration.

Apart from a business degree and some computer science classes, Karen X has almost no technical skills – which, as she points out, might just be the secret to her success. Because in not knowing how to do something lies the path to figuring it out. And there is endless creative potential there.

HAVING A SHORT ATTENTION SPAN

Karen X describes herself as “a novelty seeker personality”, and one quality that really distinguishes her as a digital native and fuels her passion for reinvention is having a short attention span. The creator says that this is largely what drives the restless energy which causes her to continually invent and innovate.

Which is why she has found a niche creative space that she loves to inhabit in ingenius short form storytelling. Like ‘The Ugly Truth of Children’s Books’ video, which transformed the book ‘Good Night Stories for Rebel Girls’ into an international Amazon bestseller in just 48 hours. This sort of approach suits the creator’s own five- to 30-second attention span to a tee, “because that’s how long I think I can entertain someone,” she laughs.

And, as Andy points out, a “relentless drive to continuously improve her skills helps prove that we can all achieve anything” – which is intoxicating for her audience. But personal and professional reinvention is just as important to Karen X as creative reinvention. “It’s interesting, the anti-fragile career thing, because my career is something that I worry about,” she explains of her philosophy for resilience.

“Not to be dramatic, but I’ve often thought I’ve got to make sure my job is safe – you know, that’s just a natural human reaction.” The Wafffle founder elaborates: “I think the best thing you can do is just to always be experimenting and have an appetite for learning.” Above all, it’s this appetite for creative experimentation that is the key to ceaseless reinvention, Karen X believes. “[And] if you can lean into that, then that’s how you can future proof your career.”