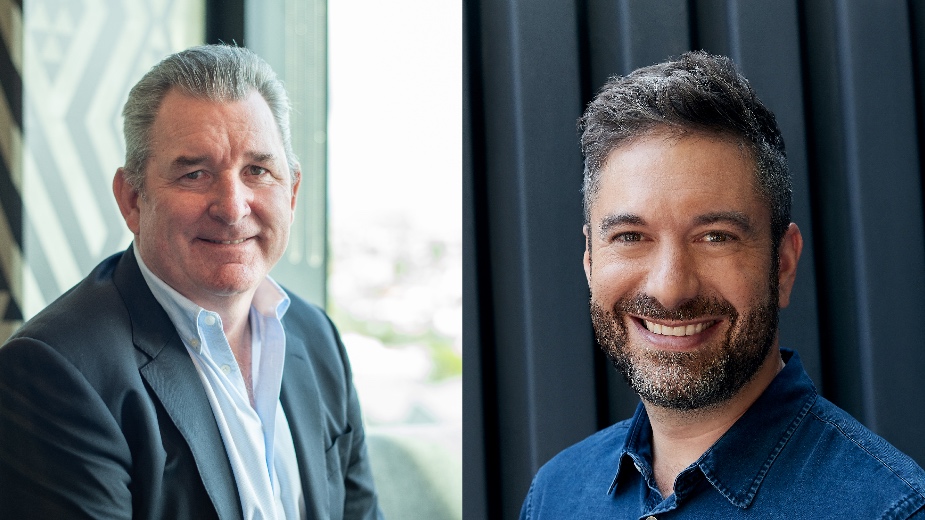 As the network brings on a new Global CEO and prepares to leave its iconic New York HQ, Marty O’Halloran and Ari Weiss tell LBB’s Laura Swinton how the pandemic has sped up DDB’s transformation.

“I tell you, honestly, a lot of people thought I was crazy taking on this role, because there I was living in Auckland, New Zealand, with great agencies, Covid-free. Everything was just a dream… But I love a challenge.”

Marty O’Halloran has just moved half a world away. Down under, as CEO of DDB Group across Australia and New Zealand, he was in a very comfortable place. In both markets, he’d led DDB to a dominant position – and both countries have managed to wrest relative control over the spread of Covid-19. However, when the network that he’s been with for over three decades needed a new global chief executive, Marty, a sportsman who has represented Australia internationally, wasn’t about to let the team down.

His move comes at a time of great change for DDB. The agency is preparing to leave its iconic Madison Avenue global headquarters and the legendary ‘Bernbach office’ for a fresh new setup downtown. Beyond New York, the international agency group is also embarking on a far-reaching modernisation that Marty hopes will allow the whole DDB galaxy to match the successes experienced by its brightest stars across the network. And central to all of this is the partnership between Marty and DDB’s global chief creative officer Ari Weiss.

There’s been a lot of talk about how Covid-19 has forced digital transformation but the global pandemic has started DDB on the path to an organisational overhaul too.

“I think the craziness of Covid has forced reconsideration of how we do our business in a way that I think, personally, would have taken us years to get to. We’ve now gotten to it in months,” says Ari. “I think we all knew these changes were afoot. They’re just very hard to make. But when you have a new leader who understands the system and knows that the system needs to fundamentally be disrupted and changed to progress, you get this wonderful sweet spot of progress and ingenuity with a commitment to what we have historically done, which is use creativity to drive business growth.”

Part of this change happened immediately and organically. With everyone working from home and the network pulling talent together from across the world to collaborate on pitches and projects, Ari describes it as an ‘unlocking’. Marty feels that the longer term will see a hybrid setup, allowing people the lifestyle and productivity benefits of working from home and what he calls the ‘combustion’ of being in the office, but the truth is that 2020 has opened up a host of new possibilities for DDB.

The other changes Marty has in mind are more deliberate, though. Ari and Marty both note that the first wave of the pandemic was about helping clients to move tactically and survive the short term and now the real work is helping them plan for and be ready for the world that comes next. Similarly, internally DDB had to move swiftly and change at pace – now they’re getting stuck into the fundamental, long-term change.

Based on what he has achieved in Australia and New Zealand, and what has worked for DDB in its strongest markets, Marty wants to give other markets the tools to modernise. He says the global opportunity is huge and he says that’s why the appointment of Justin Thomas-Copeland as CEO of North America is such a significant move. Justin has joined DDB from OPMG Health, an Omnicom precision marketing group brand.

“When I look at the global opportunity, DDB North America needs to become more of a more modern, transformed agency,” he says of the appointment. “That’s a big signal to that organisation that we can’t just rely on traditional brand advertising as what we offer our clients.”

That’s not to say that creativity and big brand work won’t still be a core component of what DDB does. At a top level pitch, the vision is an agency that draws on its legacy of ground-breaking creativity and combining that with the most powerful data and technology. It’s a proposition that may sound familiar, but Marty reckons that in the main the promise of creativity has not been met and that DDB is the agency to really crack the puzzle.

“You know, my big criticism with a lot of the data-driven activity in the world is that it’s been computer generated – it’s like, there’s no creativity, it’s just using data and great marcomms platforms to deliver to the consumer, which is just starting to really annoy people,” says Marty. “And so, if we can actually add the creativity that we do now with great, above the line, traditional channels into that communication, every client I talked to gets excited when you promise them that.”

That belief in creativity is something that drives Marty’s approach to business and there’s a real sense of partnership between him and Ari. “You don’t run a great agency or great network without a really strong partnership with the creative leader. For me, already, there’s a great chemistry between Ari and I,” says Marty. “Much to the frustration of the finance guys, I don’t spend a lot of time looking at numbers, and some CEOs are obsessed with financial reporting. My view is you spend your time on the people and the products and the quality of creative then all the numbers look after themselves.”

Ari agrees – and between the softly-spoken CCO with a reputation for getting stuck into the work and a straight-talking Australian CEO with a healthy respect for the power of creativity, the agency of Bill Bernbach looks to be in safe hands. “When Marty came on, part of what excited me so much was that he is a fundamental believer of the culture and the business function of creativity,” says Ari. “We both talk about the fact that we’re not here to make pretty paintings, we’re here to have very creative solutions that solve business problems. Marty has been the epitome and living proof of that within our network.”

In practical terms, there’s quite a bit of flexibility in how each market achieves the change. He says that the headcount of the New Zealand office is 45% data, digital and experience people but that the offices in Australia and New Zealand got their current shape by listening to clients and listening to the market. Marty wants to give other market leaders the freedom to listen and to modernise in a way that suits the local context. Continue reading on LBB…