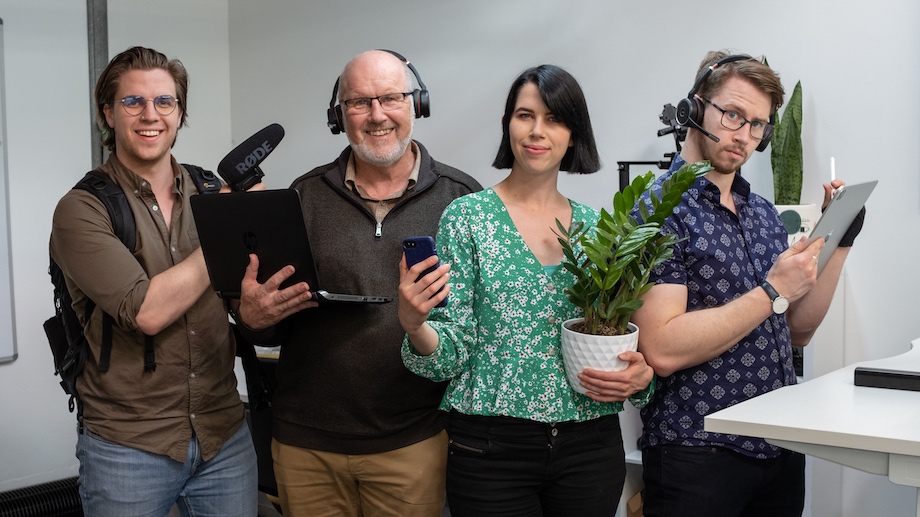 Known for its quirky videography style and ability to turn around a video in one day, the company was formed by two brothers in early 2019 to challenge the common issue plaguing videographers and clients alike – days of back and forth emails and the ultimate “death by a thousand edits”.

The new explainer video follows three characters who are on the hunt to find the best video offering around.

Co-Founder Matthew explains: “In the video, you’ll meet a worldly-wise marketing guru, a fresh-faced fitness instructor, played by me, and a pickle-obsessed YouTuber – my personal favourite. These characters are acted by people in our company and we spent a whole day capturing all the visuals on a very tight schedule as we worked through the brilliant script that my brother Jacob wrote.”

One Day Video is a true family business. Since its inception, the brothers’ father Rodney has joined the business as general manager and more recently, their sister Esther has come on board as the digital marketing manager. This is alongside 10 contractors in the fields of illustration, motion graphics and design, videography, editing and scriptwriting.

Reflecting on their growth, co-founder Jacob Dawson says: “We’re a relatively new company still, so it’s pretty mindboggling to see how fast we’ve grown. When Covid put a halt to our live videos back in April, we were forced to innovate or risk a severe hit to our growth. We made the decision to start offering animated videos – Reserve Bank was the first to receive one – and now this makes up a third of our revenue.”

This isn’t the first business Jacob and Matthew have formed. A decade ago as teenagers they opened an online toy store selling quirky and cool toys to kids in New Zealand and around the world.

After selling the business for $40,000, the brothers went their separate ways. But 10 years on, their new start-up business is thriving and they’re only just getting started.

Says Jacob: “We’ve launched our new explainer video before the year ends to remind ourselves that anything is possible! It’s been a great year all things considered and we’re especially grateful to all the startups, small and large businesses who have trusted us with their story. We believe everyone has a great story to tell, and as a company which values top-notch storytelling, it’s our privilege to help them tell it well.”

As the year comes to a close, One Day Video is working on a new product offering to add to their video production packages. It will be centred around answering the all-important question: “So, I have a video – now what?” The launch will take place in early 2021.